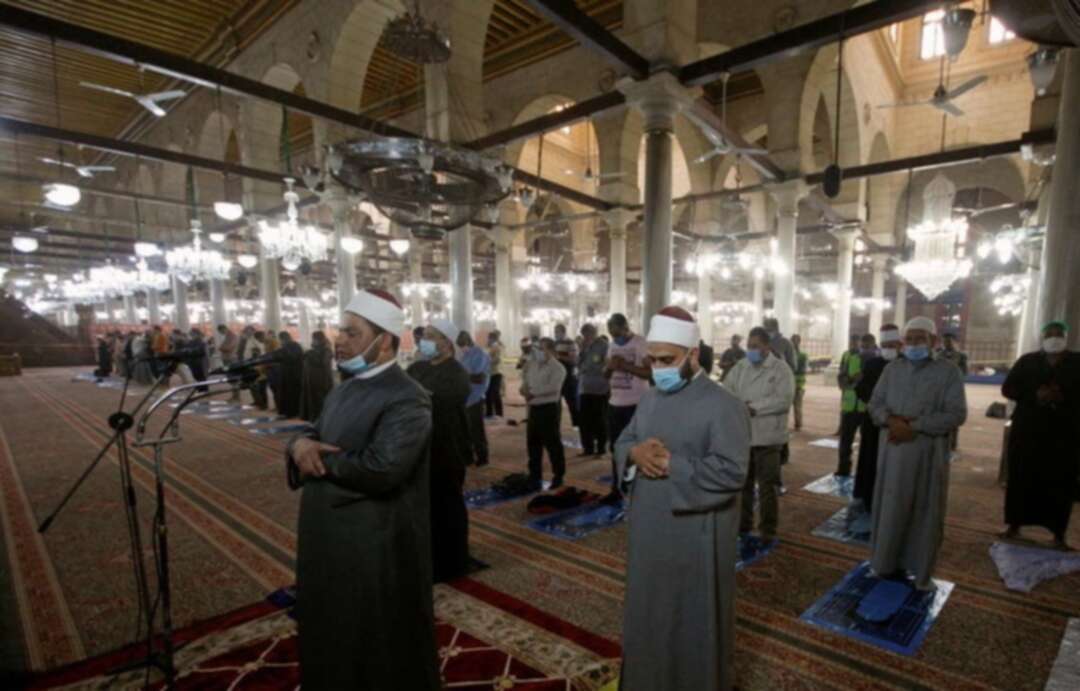 People pray at Al-Hussein mosque as it is being prepared for prayers during the holy month of Ramadan, following the outbreak of the coronavirus disease (COVID-19), in Cairo, Egypt, April 7, 2021. (Reuters)

The Muslim holy fasting month of Ramadan will begin on Tuesday April 13 in Egypt and Lebanon, religious authorities in the two countries announced Sunday.

"April 13 will be the first day of Ramadan," said Egypt's Dar al-Ifta, the institution that issues religious fatwas in the Arab world's most populous country.

The start of Ramadan is set by both lunar calculations and physical sightings that determine when one month ends and another begins.

Saudi Arabia, custodian of Islam's two holiest sites, said the crescent moon, which is used to establish the beginning of the month, was not visible Sunday and that observation committees would meet again on Monday night.

Ramadan fasting is one of the five pillars of Islam. Observant Muslims refrain from eating and drinking from dawn to dusk, and traditionally gather with family and friends to break their fast in the evening.

It is also a time of prayers, during which Muslims typically converge in large numbers at mosques, especially at night.

But due to the COVID-19 pandemic, many Muslim-majority countries have imposed restrictions on worshippers including night-time curfews, and called for prayers to be performed at home.