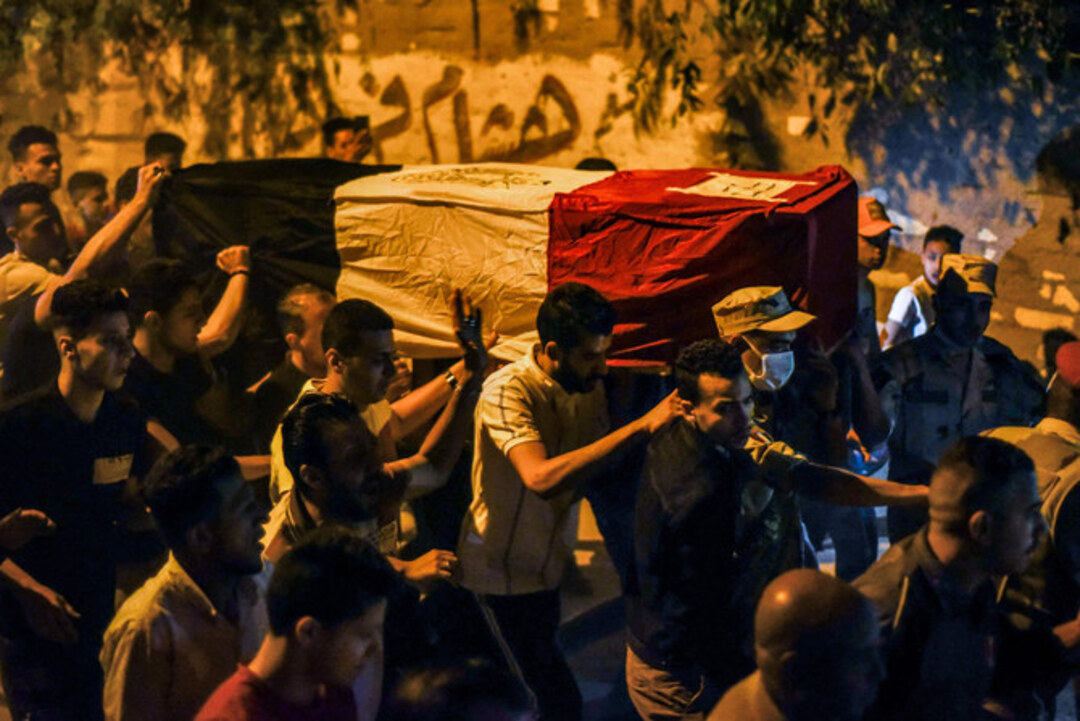 Mourners and soldiers carry the casket of one of 11 Egyptian soldiers killed in an attack claimed by the Daesh group on Saturday May 7 in the Sinai Peninsula. (AFP)

The Egyptian Interior Ministry said in a statement on Thursday (May 19), Egypt's security forces foiled a suicide attack in North Sinai Province.

The statement said: "The security men at a police checkpoint in Al-Teloul district frustrated an attempt by a terrorist before detonating an explosive belt."

The militant was killed in a shootout, it added, noting that two grenades, an automatic weapon, and 112 bullets were found in his possession.

Egypt has been battling anti-security forces attacks in North Sinai for several years.

The country launched a comprehensive operation in 2018 to uproot terrorist and criminal elements and organizations in northern and central Sinai. Hundreds of terrorists have been killed in the intensive campaign.

On Saturday (May 14), ISIS claimed responsibility on its Telegram channel for a deadly attack that killed five Egyptian soldiers in the country’s Sinai peninsula on Wednesday (May May 11).

The deaths followed a May 7 ambush at a checkpoint in Sinai that killed 11 Egyptian soldiers which was also claimed by ISIS, one of the deadliest attacks in recent years.

First 50 UK asylum seekers to be sent to Rwanda by end of May Far-Right in Germany, growing dangers, the 'Third Path group'