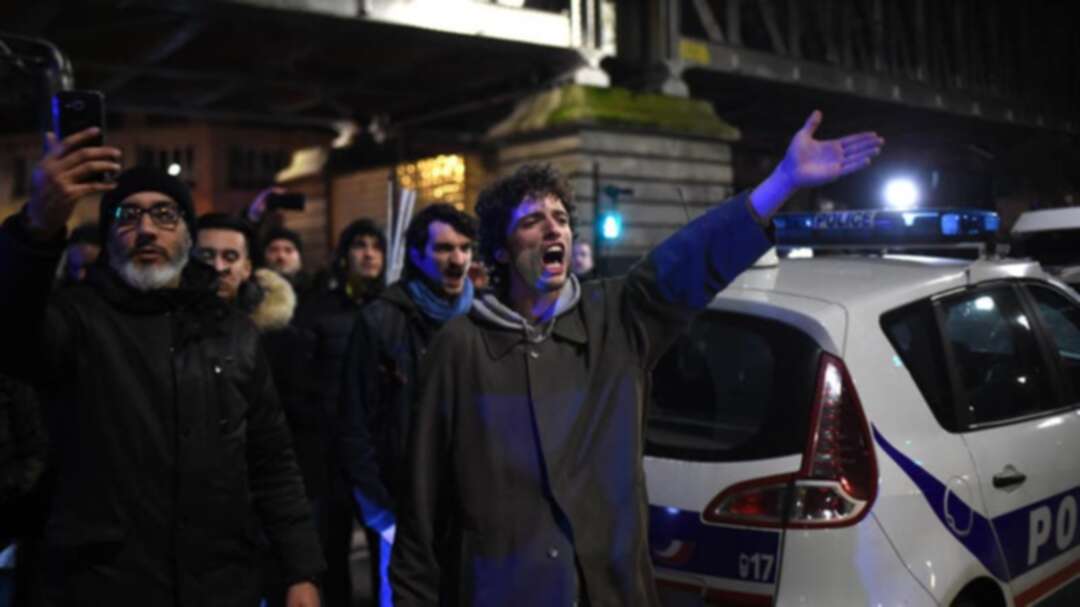 Protesters in front of the Bouffes du Nord theatre in Paris on January 17, 2020 against a pension reform. (File photo AFP)

Paris commuters who were careworn after six weeks of misery-inducing transport strikes found their smiles again Monday as some subway workers ended their walkouts against a contested overhaul of France’s pension system.

A weekend announcement by the subway wing of the USA union of a return to work after 46 consecutive days of strikes produced a marked improvement in services as the French capital embarked on a new week Monday.

“It was very fluid,” said traveler Eric Lebrun, after taking a train and then riding the metro during the morning rush hour.

Lebrun travels weekly to Paris from Switzerland, where he lives, and said the strikes had had a “catastrophic” impact on his journey since they started December 5.

For the first time since December 5, services were completely or almost back to normal on 11 of Paris’ 16 subway lines, said the RATP company that runs the metro system.

However, not all strikers voted to return to work.

Unions have split over whether to accept government compromise proposals or to continue pushing for a complete withdrawal of its plans to reform the pension system. USA's subway wing said that while its strikers had opted to return to work, the union plans to continue protesting against the “unfair” pension reform.

On Paris’ suburban train network, some commuters noticed improvements while others said they were still waiting longer than normal for trains.

“It’s no better than usual, the same as it was last week,” said commuter Pierre Bouteloup, braving the morning chill on a platform in the west of Paris. “I’ve been waiting for almost 10 minutes for a train. Normally, there’s a train every three or four minutes.”

But student Lea Toussaint said her wait for a train to her university was far shorter on Monday - just a few minutes - than last week.