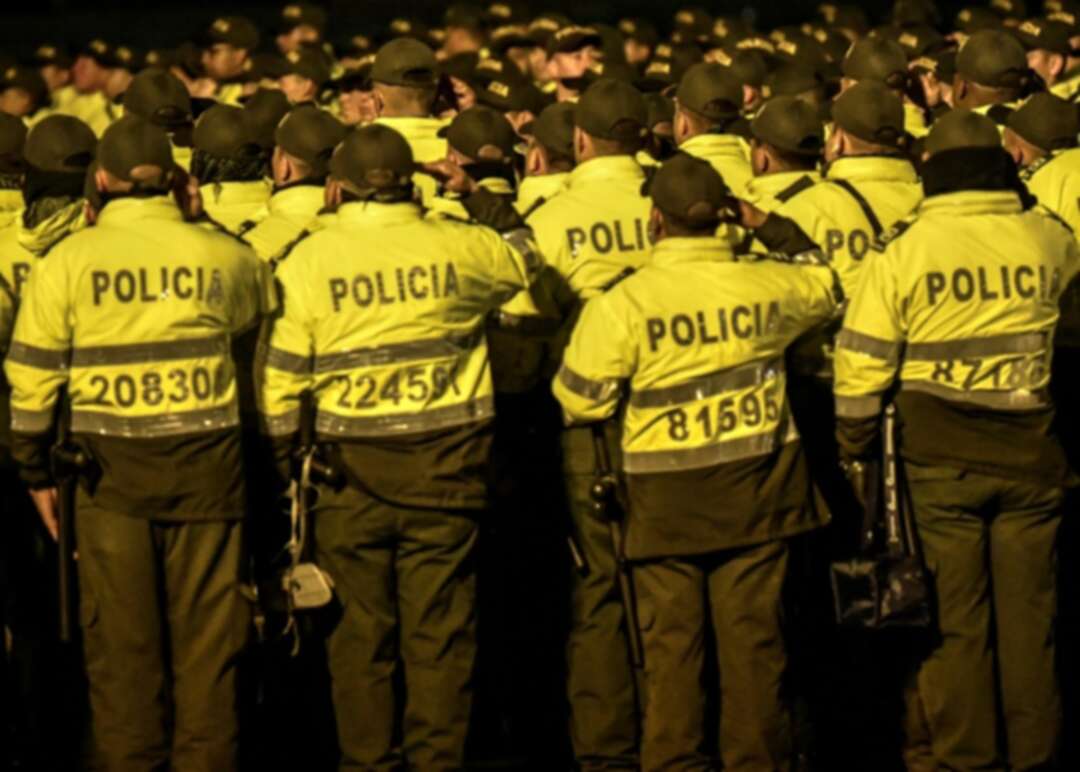 Protesters picketed the home of Colombian President Ivan Duque on Friday, defying a curfew and the leader's promises of a "national conversation" on social policies following massive anti-government demonstrations that have left three dead and dozens wounded.

"Starting next week, I will launch a national conversation to strengthen the current social policy agenda, working in a united way with medium- and long-term vision, which will allow us to close the social gaps," Duque has said in a televised speech earlier in the day.

"This conversation will take place regionally with all the social and political sectors. I will use electronic media and participatory mechanisms... so that we can all build a meaningful path of reform."

The popularity of Duque's right-wing government -- a key ally of the United States -- has been on the wane since his election 18 months ago, as it deals with hosting 1.4 million refugees from neighboring Venezuela's economic meltdown as well as the complex fallout of a 2016 peace deal with FARC rebels and rampant drug trafficking.

Hundreds of thousands of Colombians took to the streets in Bogota and other cities on Thursday to protest Duque's economic, social and security policies, as part of a nationwide general strike.

There were arrests and clashes as trade unions, students, opposition parties and the South American country's indigenous organizations vented their anger.

The protests come amid social upheaval across South America, as a wave of unrest over the past two months has battered governments in Chile, Bolivia, and Ecuador.

Duque's statement Friday came shortly after Bogota mayor Enrique Penalosa declared a nighttime curfew in the capital, following clashes between protesters and police in the southern part of the city of seven million earlier in the day.

The president said he was stepping up the police presence and ordering the "deployment of joint patrols of police and army in the most critical places."

But that didn't stop hundreds of people from showing up outside the president's house in Bogota, singing the national anthem while banging pots and pans in a form of protest that is common in parts of Latin America, though not in Colombia.

The protesters dispersed peacefully about one hour after the 9:00 pm (0200 GMT on Saturday) curfew began.

Hundreds of demonstrators protested in cities across the country earlier in the day, following protests in the western Valle del Cauca department on Thursday that Defense Minister Carlos Holmes Trujillo told reporters had left three dead.

Penalosa said 76 bus stations were attacked during the violence in Bogota, some of which were totally destroyed, and 79 busses were vandalized. Some 230 people were arrested, he added.

The violence and looting paralyzed the public transport system, forcing hundreds of people to hoof it to their homes or offices.

Defense Minister Carlos Holmes Trujillo announced late on Friday that vandalism had been brought under control in Bogota and the curfew was being mostly successful.

"There is no vandalism at present, the curfew is 90 percent respected," he told reporters.

Elsewhere, three police officers were killed and seven other people injured after an attack on a police station in southwestern Colombia on Friday, a local official told AFP.

But city secretary Jaime Asprilla attributed the attack to armed groups in the area, and not to the protests against Duque.