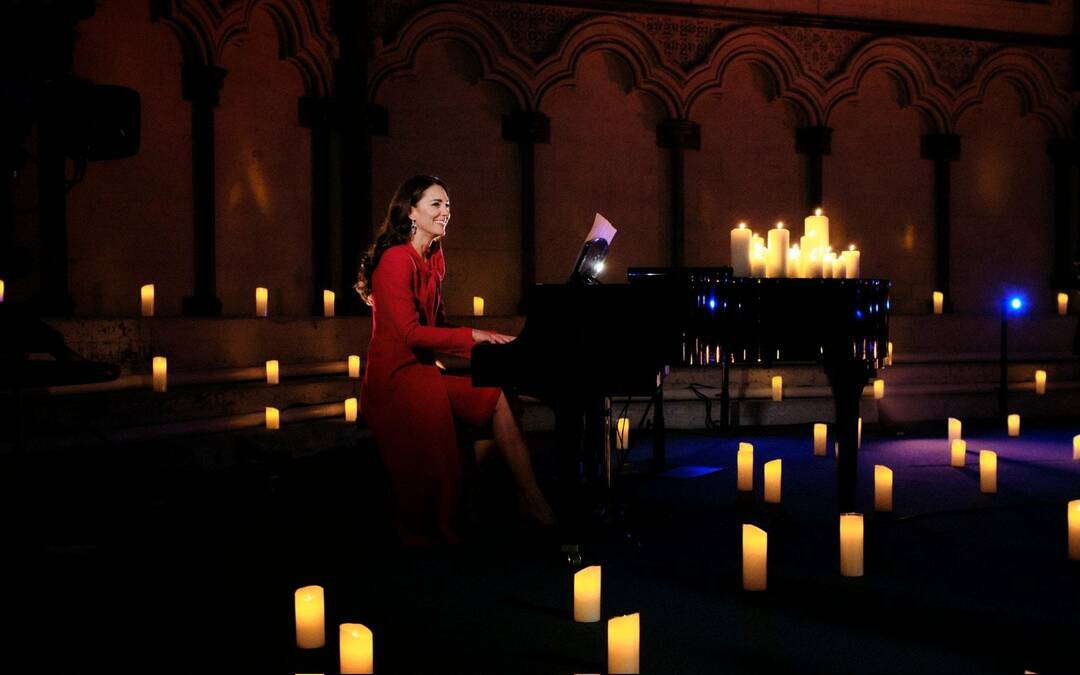 The Duchess of Cambridge has surprised the audience at a community carol service with her piano playing skills, the BBC reported.

It said that Kate appeared alongside the musician Tom Walker in a clip shown at the Westminster Abbey event.

According to the BBC, the pair took part in secret filming at a recording studio ahead of the concert, which was broadcast on ITV.

Royal Carols: Together At Christmas was staged for people who supported their communities during the Covid pandemic.

A clip of the duchess performing with Walker on his previously unheard Christmas song, For Those Who Can't Be Here, has been posted on the Kensington Palace Twitter feed.

British singer-songwriter Walker said he was approached by the duchess after they met at a charity event.

Walker said: "We got together, we rehearsed the song like nine times and by the end of it she'd absolutely nailed it, and then she went away for a couple of days and practised it, and then we finally got to do the recording of it.

"And I was really impressed because it's one thing playing along with me in a studio, just the two of us, but then to jump straight in to playing with a live string quartet and a pianist and two backing singers."

He added: "I think we were both really nervous that it wasn't going to go quite to plan and one of us would let down the other person or whatever, but she was absolutely fabulous - she smashed it."

The BBC mentioned that the duchess has passed her grade three piano and grade five theory.

In a recorded introduction to the service, Kate praised the "inspirational" people who have served their communities during the "bleak time" of the pandemic.

Kate said the UK had faced "many challenges" during Covid, including the deaths of loved ones, and frontline workers coming under "immense pressure".

Other members of the Royal Family at the service included Prince William, Zara and Mike Tindall, Sophie Wessex, and Princess Beatrice and her husband Edoardo Mapelli Mozzi.

Meanwhile, the Queen is expected to give a very personal Christmas message this year, in her first Christmas since the death of her husband Prince Philip.

The annual broadcast was recorded last week, before the Queen's decision to stay in Windsor Castle because of concerns about the pandemic.

It should be noted that the traditional Christmas Day message will be screened at 15:00 GMT on Saturday.

Libyans protest against cancellation of the long-awaited presidential election Britain reports over 120,000 daily cases for the first time since the start of the pandemic