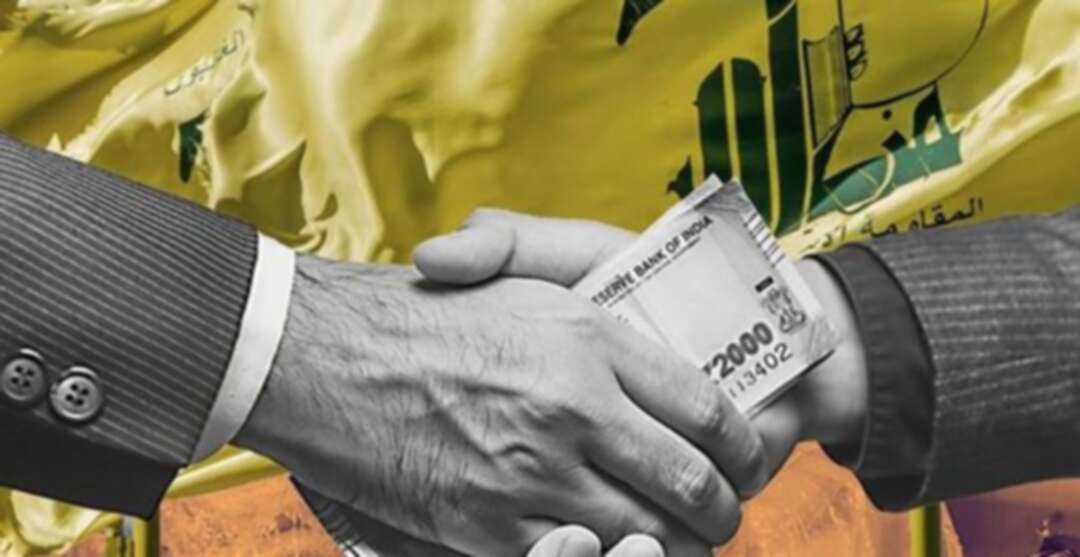 Drugs and hashish Tehran and Hezbollah's profitable trade in Daraa

The marijuana and drug trade has been generating enormous profits for the Lebanese Hezbollah militia, Iranian militia, and local militias, among the elements of the settlements it supports in southern Syria and in the Daraa Governorate specifically, which is considered a gateway to the Arab Gulf in the export of drugs, under the facilitation of the regime government.

The drug smuggling operation expanded in southern Syria after the control of the regime forces and the substantial spread of the Lebanese Hezbollah militia and local merchants, who promoted it locally and internationally, under Iranian auspices in the Middle East.

Levant spoke to the reporter Basil Ghazawi, who co

mes from the Daraa governorate, saying: “Drug transport vehicles operate on the Lebanon-Damascus road and reach local traders and smugglers in Daraa working for Iran, under the patronage of high-ranking officers in the regime’s forces such as Lt. Col. Muhammad Al-Issa who works in the security of the fourth division.”

He added: "Cars transport drugs to an area near the Nassib border crossing point; then they are transported to Jordan by seafarers' cars that operate on the Damascus-Amman line." The Lebanese Hezbollah militia managed to secure the road under its control over southern Syria, which was a problem for them during the control of the factions in the southern region that was blocking the path of its smugglers.

Earlier, the Jordanian authorities stated at Al-Jaber Crossing that they had seized narcotic drugs, weapons, and ammunition, with facilities from the Syrian regime, which is under military administration, among the most prominent of the fourth division loyal to Iran and Military Security, and clashes occurred between the two factions during a dispute over the sharing of administrative influence on the crossing months ago.

Ahmed al-Majarish, a Syrian journalist, residing in Amman, told Levant: “The embassy of the regime in Amman is in an embarrassing position in front of the Jordanian government, because of the militia’s practices that control the Nassib border crossing, but it often tries to find futile promises in light of the stronger predominance of the militias that work for the regime. ”

Before the control of the regime forces and the militias loyal to him in October of 2018 in southern Syria, which was known as the settlement agreement sponsored by Russia, the drug smuggling line was open, but narrowly and illegally, exposed to many risks, from its primary source in the Shebaa Farms in the south. Lebanese to enter the smuggling line into the Syrian interior, then heading towards the countryside of As-Suwayda, and to move again towards the villages of Rakhm and Khirba in the eastern countryside of Daraa through local people and traders. Then the smuggling operation to Jordan is carried out through the border villages on the Syrian side and people residing on the Jordanian side.

A local source confirmed: "One of the most prominent merchants working in the drug trade in southern Syria is Abu Saddam Khirba, a former leader of the Sunni Youth faction before the regime took control, he deals with people in Jordan." The source highlighted that the smuggling operations involve persons affiliated with the factions, and they usually use drugs, especially in the process of promoting them. The source emphasized: "The prices offered by the promoters are very tempting and appear to be symbolic."

On the local level, the reporter, Basil Ghazzawi, told Levant: “In the village of Kharab al-Shahem in the southern Daraa countryside near the Jordanian border, there are centers for the manufacture of Captagon pills and other types, supervised by the Lebanese Hezbollah militia.” He emphasized: “The militias grow hashish. In the Yarmouk Basin area and they promote it largely locally.”

As a result of the region losing its security, the Hezbollah militia managed to find many places to manufacture drugs away from the security pursuit, which must be taken from the regime forces that showed flexibility with the activity of Hezbollah and the Iranian militia, and this made it dominate the markets of southern Syria even in smuggling, and this is closely related to the assassinations.

For his part, the official spokesman of the Ahrar Horan gathering told Levant: "Drugs are spreading abundantly, particularly in the settlement areas, at meager prices."

He added: “The majority of the local merchants are elements of the settlements that work for the fourth division.” He mentioned to the most prominent figures who work in the drug trade locally, such as a person called wind blowing in the town of Al-Mazyreeb, and others as children of Khawla in Tel Shehab, and Hussein Al-Saleem in the villages of Kharab Al-Shahem Al-Yadoda, in Daraa countryside.

The leaders of the settlement factions obtained the most significant amount of drug trafficking, and one of the most prominent figures is Wissam Massalmeh, known as al-Ajlouqa, which works for military security at present. Ahmad Mahawash, known as Abu Salem al-Khalidi, is affiliated with the Fourth Division of the Syrian regime, and both factions work for Iran in southern Syria.

The entire smuggling operations are sponsored by Lebanese Hezbollah militia and high-ranking Iranian figures, and drug transport vehicles and drug pills are often accompanied by elements of the regime forces, to maintain transport security without falling into the hands of other militias.

The recent activity of the Iranian militia and the Lebanese Hezbollah militia showed the importance of southern Syria, which has a smuggling route of drugs and hashish towards the Arab Gulf regions. This is what Iran is seeking in light of its expansion in Syria to find alternative ways to revive the deteriorating economy or to fund its militias, to say the least.