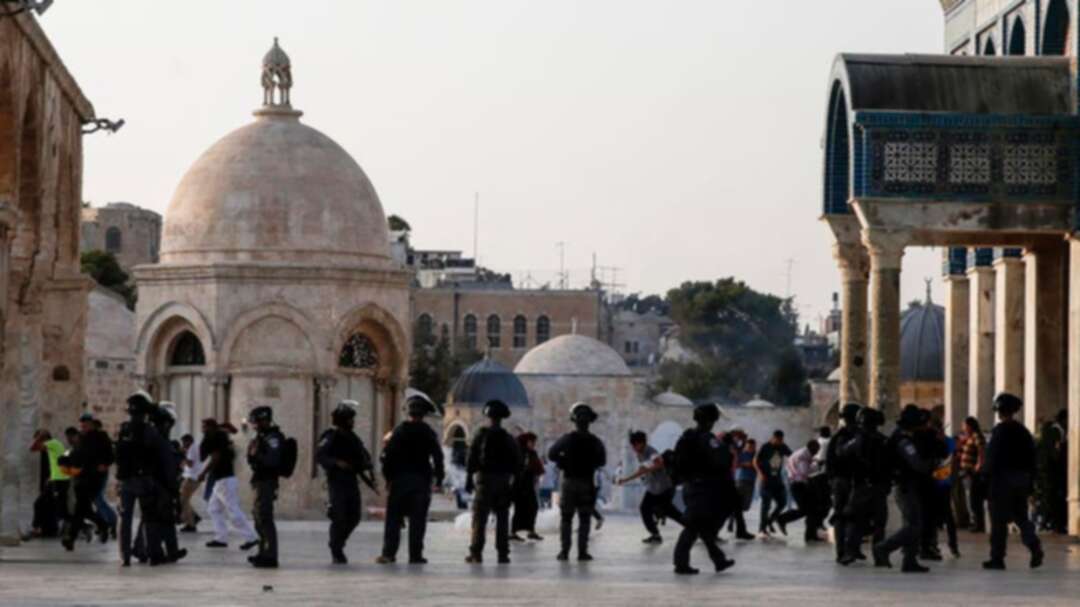 Dozens of Palestinians were injured in al-Aqsa Mosque compound on Sunday when clashes erupted between worshippers and Israeli forces. (File photo AFP)

Dozens of Palestinians were injured in al-Aqsa Mosque compound on Sunday when clashes erupted between worshippers and Israeli forces.

It was not immediately clear what sparked the violence at the site, which Muslims refer to as the Al-Aqsa mosque compound and Jews refer to as the Temple Mount. Thousands of Muslims had flocked to the site early Sunday for Eid al-Adha prayers.

It is the holiest site for Jews and the third holiest for Muslims. It has long been a flashpoint in the Israeli-Palestinian conflict.

Israeli police barred entry to the compound to Jewish visitors on Sunday before clashes erupted.

Russia, after protests, tells Google not to advertise ‘illegal’ events IRAN-GULF: A BIGGER CRISIS MAY BE LOOMING