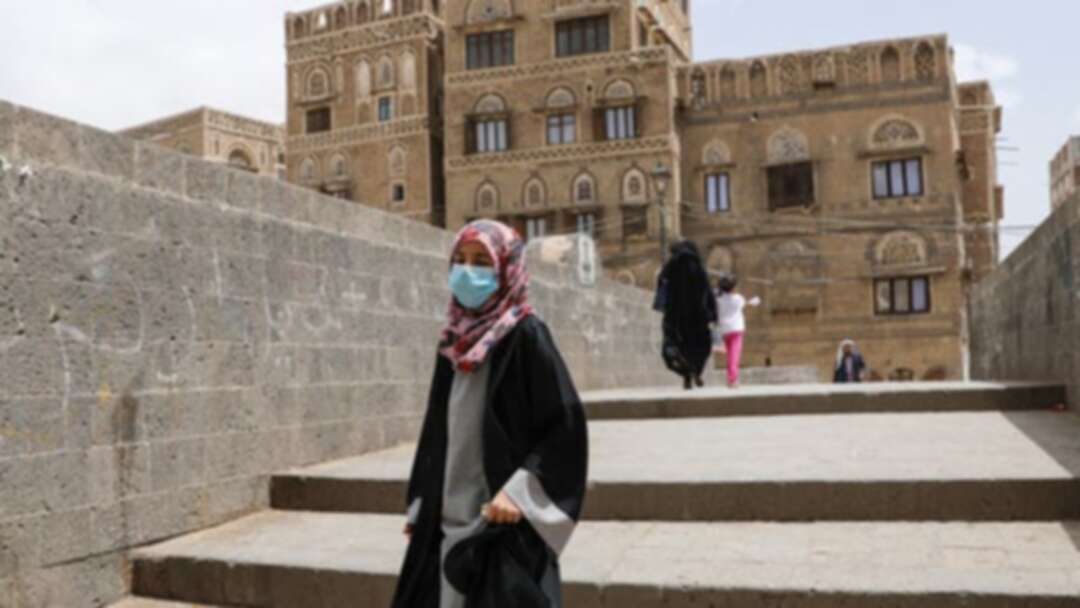 A girl wears a protective face mask amid fears of the spread of coronavirus in Sanaa. (File photo Reuters)

Despite there being no confirmed cases of the novel coronavirus in the country, Yemen is taking several precautionary measures to prevent an outbreak.

No cases of coronavirus have been recorded in Yemen so far,” Prime Minister Maeen Abdulmalik Saeed said in a speech broadcasted on the cabinet’s official YouTube on Thursday. Yemen imposes strict measures

“We must, however, take the situation very seriously and not underestimate it, because the country is facing complex crises.”

An “explosion” in the number of cases in Yemen is likely, the head of the department for combating infectious diseases at the World Health Organization’s (WHO) office in the Eastern Mediterranean said in a CNN interview.

The WHO is concerned about countries like Yemen, because the absence of any confirmed cases points to poor healthcare and a weak monitoring system, said Abd al-Nasser Abu Bakr.

A quarantine facility has been established in the capital Aden to ensure that health aid workers are equipped and ready to respond in case of a coronavirus outbreak, the WHO office in Yemen said on Wednesday.

The government will be launching an initiative for a national fund to help combat coronavirus and finance the infrastructure needs for the health sector, the prime minister announced.

He called on private companies, organizations, and investors to contribute to the fund.

The Ministry of Health on Tuesday also ordered all malls, shops, and Khat markets to close starting from March 25 for two weeks. Khat is a plant found in some parts of the Middle East and Eastern Africa that is chewed for stimulant and euphoric effects.

Restaurants and buffets will only be allowed to deliver food and must remain shut, the statement added.

The prime minister urged Yemeni citizens to stay home as much as possible, refrain from gathering in large groups, and avoid direct contact with others.

Yemenis should use disinfectants, and wash their hands regularly, he added.

Several countries in the Middle East region have reported confirmed cases of coronavirus. Neighboring Saudi Arabia reported 1,012 cases of the virus, while Oman reported a total of 109 cases. levant