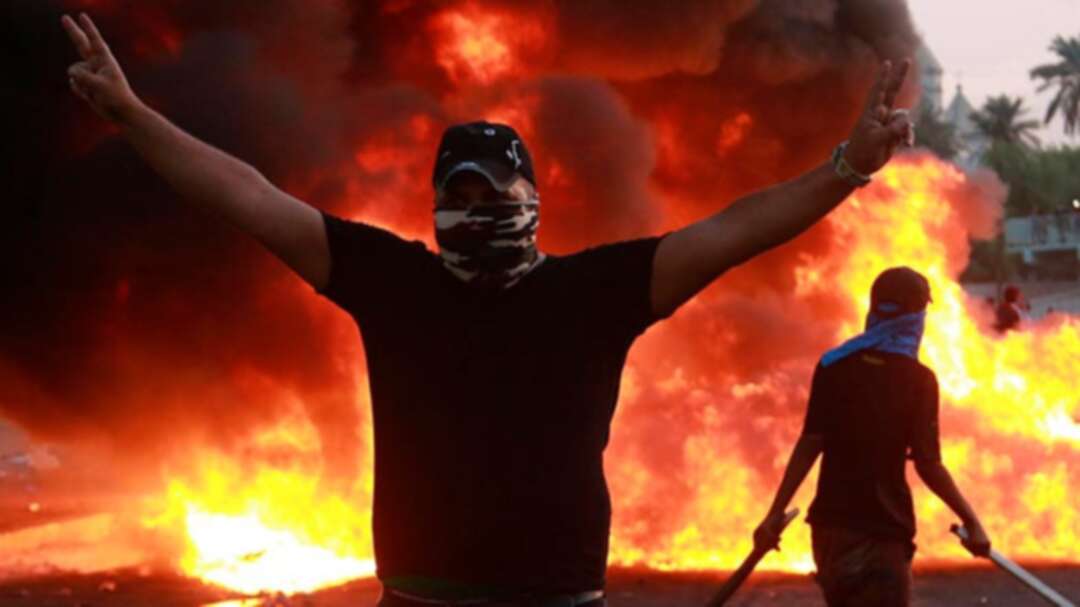 “They are all Iranian speaking in Farsi ... The Iraqis would not fire at you,” described an Iraqi protestor, referring to shooters who have killed at least 33 during recent protests. (File photo: AFP)

Farsi-speaking Iranians, not Iraqi forces, have been shooting at people during Iraq’s recent deadly protests, according to a protester interviewed in Baghdad by Reuters.

“There is no work, you come to protest, they fire at you. Live gunfire. They are all Iranian speaking in Farsi. You want to speak to them they answer in Farsi. The Iraqis would not fire at you,” an unnamed Iraqi protester told Reuters in a video published on Thursday.

Anti-government protests in Iraq, which began over unemployment and poor services but have escalated into calls for a change of government, have been met with live fire. Over three days of protests, 33 people have been killed and more than 600 wounded.

The mostly leaderless protests have been concentrated in Baghdad and in predominantly Shiite areas of southern Iraq. Demonstrators defied a curfew imposed by security forces on Thursday and continued to protest.

Protestors have been reportedly been shouting slogans against Iran for supporting Shiite militias and groups who have a stranglehold on Iraq’s politics.

Iran is influential in Iraq, including military personnel on the ground. Iraqi Prime Minister Adil Abdul Mahdi is a former member of the Supreme Islamic Iraqi Council, a Shiite political party with close ties to Iran.

Many of the Popular Mobilization Units (PMU) militias are loyal to Iran, and the PMU’s deputy commander Jamal Jaafar al-Ibrahimi – known by his nom de guerre Abu Mahdi al-Mohandes – is a key Iranian ally. Mohandes is also the leader of Katai’b Hezbollah, the terrorist organization accused of attacking Saudi Arabian oil pipelines in May.

Iran’s Islamic Revolutionary Guard Corps (IRGC) is also influential in Iraq. Qassem Soleimani, the commander of the IRGC’s Quds Force, has repeatedly travelled to Iraq in violation of UNSCR 2231, which established a travel ban as part of the Iran nuclear deal.

Last week, Iran’s ambassador to Iraq said that his country would not hesitate to attack US forces in Iraq if the US or its allies struck Iran, following the September 14 attacks on Saudi Aramco oil facilities which have been widely attributed to Iran.

As Tehran is increasingly isolated due to the US’ “maximum pressure” policy, Iran has also tried to use Iraqi companies to bypass US sanctions.

The protests in Iraq have continued into their fourth day. On Friday, protestors were again fired upon after they defied Prime Minister Abdul Mahdi’s earlier call for them to disperse.