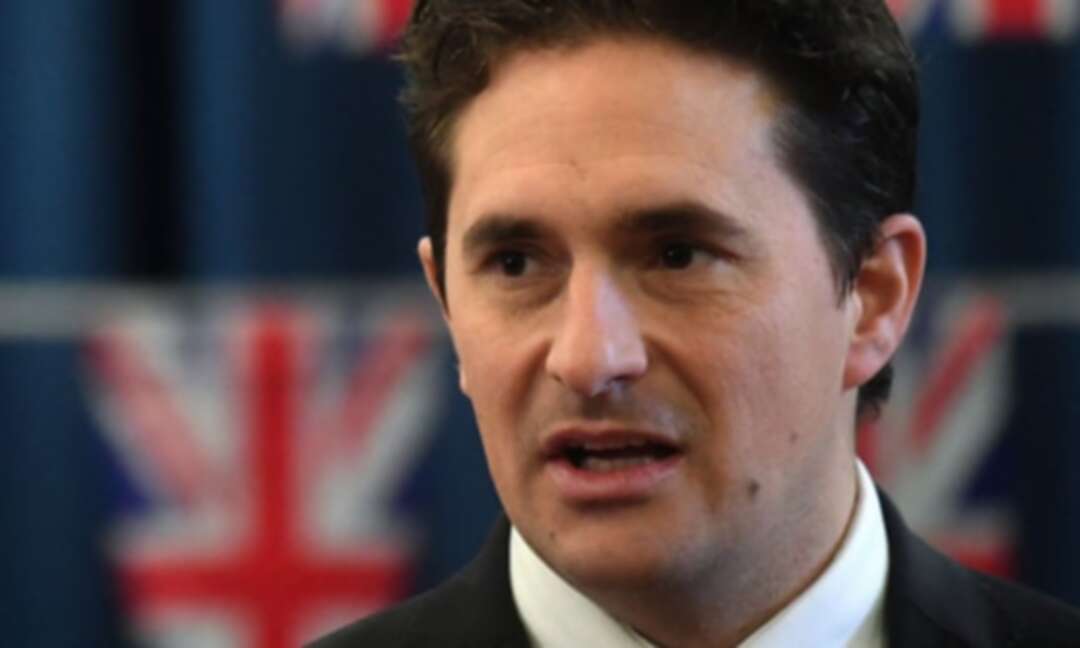 Johnny Mercer has been abruptly dismissed as a junior defence minister after accusing Boris Johnson of breaching a commitment to implement a controversial pledge to prevent veterans who served in Northern Ireland from being prosecuted.

The junior minister was preparing to quit on Wednesday but his resignation was accepted by the chief whip early on Tuesday evening, eager to put a stop to speculation he was on the brink of departure.

Downing Street said Johnson had “accepted the resignation” in a terse statement and thanked Mercer “for his service” as a minister since 2019 – forcing the ex-minister to publish a resignation letter dated to Wednesday.

Mercer’s replacement was named as Leo Docherty by Downing Street on Wednesday.

In it, Mercer said he had hoped Johnson’s tenure as prime minister would signal “a step-change in veterans affairs,” but said that despite the rhetoric, the government was failing “to match that with what we deliver” – an issue he said he had raised with Johnson the last time he saw him, a month ago.

Mercer is particularly unhappy about a series of looming trials of British army veterans dating back to the time of the Troubles – although his position has exasperated colleagues in government.

Next week, two former members of the parachute regiment, known only as Soldier A and Soldier C, who are both in their 70s, are to go on trial for the murder of the Official IRA commander Joe McCann in Belfast in 1972.

A defence source said Mercer had hoped the trials would not go ahead, but said that there was no real prospect of devising legislation to retrospectively halt ongoing prosecutions. His position was unrealistic, they said.

During his Tory leadership campaign Johnson had promised to end the “scourge of vexatious historical investigations” of Northern Ireland veterans. But the government has struggled to bring forward legislation to match that pledge because of the sensitivities of the issue.

About 3,500 people died during the Troubles, which began in the late 1960s, but despite the passage of time many of the deaths have only been gradually investigated by the authorities, as would have happened elsewhere in the UK.

Others being prosecuted include Soldier F, a former paratrooper who is accused of murdering two people on Bloody Sunday, the date in 1972 when soldiers opened fire on civil rights demonstrators in Derry.

Earlier, reports circulated that Mercer was planning to quit in the coming days, leaks that allies of the former minister blamed on Downing Street. When confronted by the news, No 10 said it was not immediately aware of Mercer’s intentions, although the chief whip was asked to resolve the issue.

News of his resignation overshadowed a significant concession made by ministers on the related overseas operations bill, agreeing to drop plans for a five-year limit on torture and war crimes prosecutions for those who served in Iraq and Afghanistan. Ministers had sought to end what the government called “vexatious prosecutions” affecting soldiers who served abroad, in Iraq, Afghanistan and elsewhere, by bringing forward the bill.

Its key feature was to introduce a presumption against prosecution of military personnel, which would apply after five years. Sexual offences were excluded from the bill’s time limit. But until the concession, torture and war crimes were not excluded. Last week peers voted by 333 to 228 to reverse that, forcing the Commons to consider the issue again.

On Tuesday afternoon, the Ministry of Defence (MoD) announced a surprise climbdown, saying “we have listened to concerns”. An MoD spokesperson said: “Excluded offences in part one of the bill will be expanded to include torture, genocide and crimes against humanity.”

Labour said it welcomed the reversal but John Healey, the shadow defence secretary, said he wanted to study the detail.

The human rights charity Reprieve said the concession was significant, but noted that cruel, inhuman and degrading treatment was not included in the list. Dan Dolan, Reprieve’s director of advocacy, added: “This move to decriminalise torture was always disastrously ill-judged.”

Mercer rose to the rank of captain in the Royal Artillery and served three times in Afghanistan. He declared that he went into politics nearly a decade ago to improve the treatment of veterans. He became MP for Plymouth Moor View in 2015, taking the seat from Labour.

Sometimes prone to outbursts, Mercer described Theresa May’s government as a “shit show” in 2018, complaining that her compromises over Brexit had pleased nobody. He said he would not necessarily vote Conservative if he were not an MP for the party.