Death toll in Japan from Typhoon Hagibis rises to 70 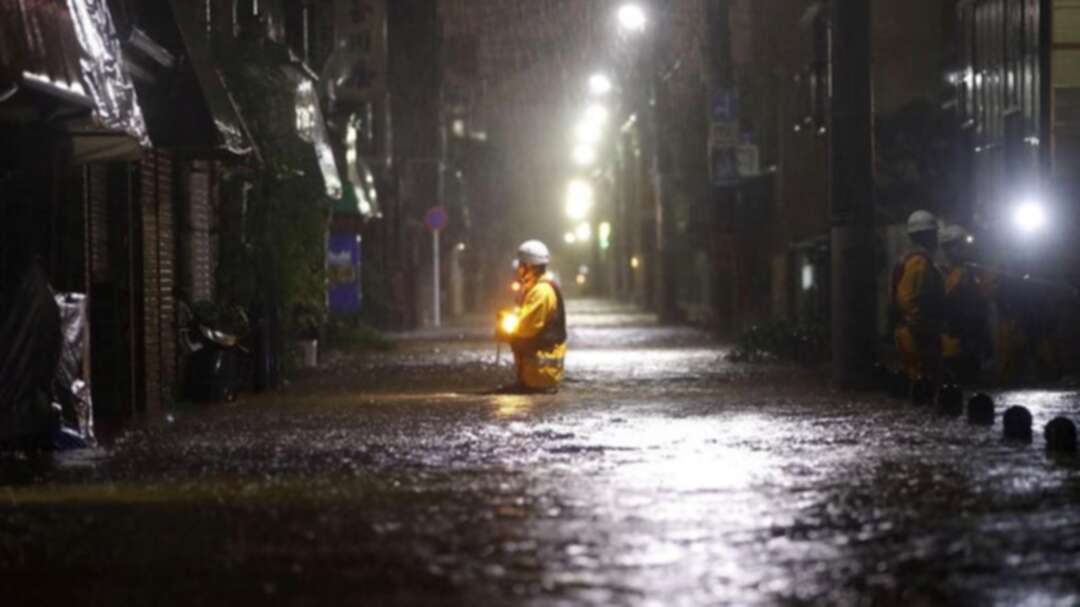 Nearly 70 people have been killed in Japan by Typhoon Hagibis, national broadcaster NHK said Monday, as the search for survivors continued for a third day. (File photo Reuters)

Nearly 70 people have been killed in Japan by Typhoon Hagibis, national broadcaster NHK said Monday, as the search for survivors continued for a third day.

The broadcaster said 15 people were still missing after the deadly storm, which slammed into Tokyo and surrounding areas Saturday night as one of the most powerful typhoons to hit the area in decades.

Authorities issued evacuation advisories and orders for more than 6 million people across the country as the storm unleashed the heaviest rain and winds in years. Some 80 injuries have been reported so far, while more than 270,000 households lost power, NHK said.

The storm, which the government said could be the strongest to hit Tokyo since 1958, brought record-breaking rainfall in many areas, including the popular resort town of Hakone, with a whopping 939.5 mm (37 inches) of rain over 24 hours.

Typhoon Hagibis, which means “speed” in the Philippine language Tagalog, made landfall on Japan’s main island of Honshu on Saturday evening. A magnitude 5.7 earthquake shook Tokyo shortly after.

Even as the typhoon moved away from the capital late on Saturday, one expert warned of further flooding as several surrounding prefectures began releasing water from dams, letting it flow downstream.

“The situation is now worse than this evening,” Nobuyuki Tsuchiya, director of the Japan Riverfront Research Center, told Reuters. About 1.5 million people in Tokyo live below sea level.

“Damage from floods and landslides is likely taking place already,” an agency official told a news conference carried by NHK.

“It is critical that people take action urgently to protect their lives and the lives of loved ones.”