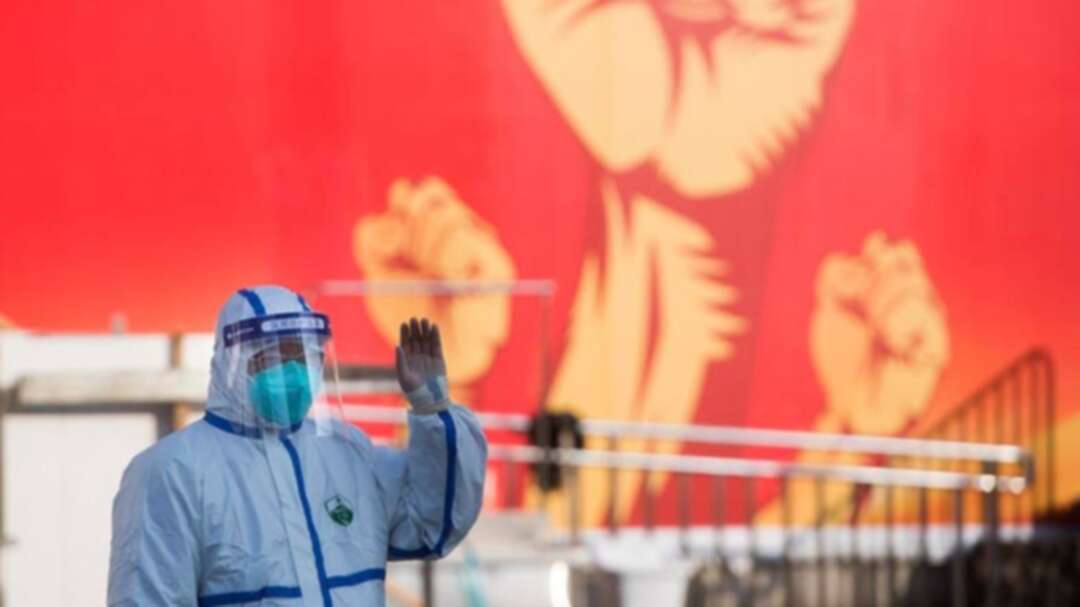 A medical worker waves near a propaganda poster as patients arrive at a temporary hospital with 1100 beds converted from the Wuhan Sports Center. (AP)

The death toll from a coronavirus outbreak in mainland China reached 1,770 as of the end of Sunday, up by 105 from the previous day, the country’s National Health Commission said on Monday morning.

The number of new deaths in China’s central Hubei province from the coronavirus outbreak rose by 100 as of Sunday.

Across mainland China, there were 2,048 new confirmed infections on Sunday. The total accumulated number so far has reached 70,548.

The number of new cases in the province had been declining since a large spike last week when officials changed their criteria for counting cases to include people diagnosed through lung imaging.

Monday’s figures were around 100 higher than those on Sunday but still sharply down on those from Friday and Saturday.

Outside of hardest-hit Hubei, the number of new cases has been declining and a spokesman for China’s national health authority said Sunday that the slowing figures were a sign the outbreak was being controlled.

However, World Health Organization chief Tedros Adhanom Ghebreyesus has warned it is “impossible to predict which direction this epidemic will take.”

International experts have arrived in Beijing and begun meeting with their Chinese counterparts over the epidemic, Tedros said on Twitter.