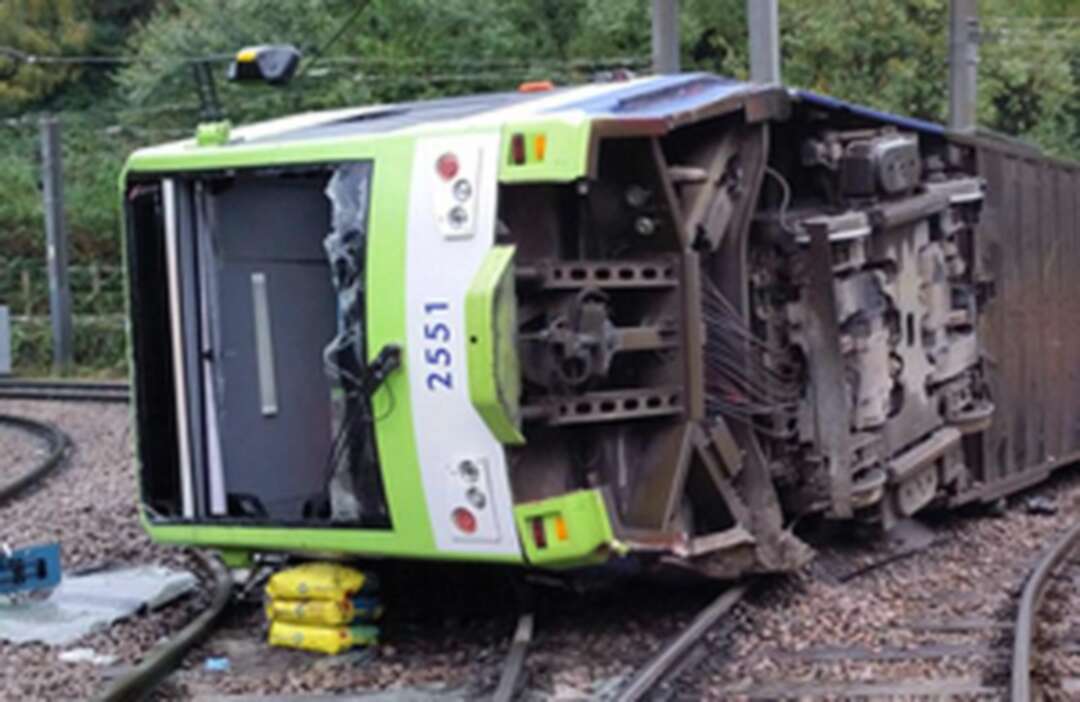 Deadly south London tram crash deemed to have been accident

According to the AP, families of people killed in a tram crash in south London five years ago have demanded a new inquest into the deaths after a jury concluded Thursday that the passengers were not unlawfully killed.

Seven people died and another 51 were injured when the tram derailed and overturned at a bend near Sandilands tram stop while on a Nov. 9 2016 morning commute run.

The tram was traveling at 73 kilometers per hour (45 miles per hour), more than three times the 20 kph speed limit when it spun off the tracks.

The inquest was told that driver, Alfred Dorris, may have slipped into a period of “microsleep” — falling asleep for a few seconds — on the stretch of track where the tram derailed.

On its 10th day of deliberations at Croydon Town Hall, the 10-person inquest jury reached a unanimous conclusion that the deaths were an accident.

“It’s not an accident,” said Danielle Wynne, whose grandfather, 52-year-old Philip Logan, died in the crash. “Someone is to blame.”

Ben Posford of law firm Osbornes Law, who was representing the families of five of the seven victims, said his clients were “understandably angry and upset” at the ruling. He said the families be calling on Attorney General Michael Ellis to apply to the High Court for a new inquest.

“Justice has been suffocated, and instead of providing long awaited answers, the families have been put through more agony,” he said.

It was not immediately clear whether the families of the other two victims would also pursue an appeal.

The victims’ families were especially vexed by the decision of senior coroner Sarah Ormond-Walshe to refuse to call a number of people about alleged safety failings, including the driver himself who was excused from attending the inquest due to poor health.

Senior managers of the operator of the service, Tram Operations Ltd., or TOL, and Transport for London, which oversees transport in the capital, also did not give evidence.