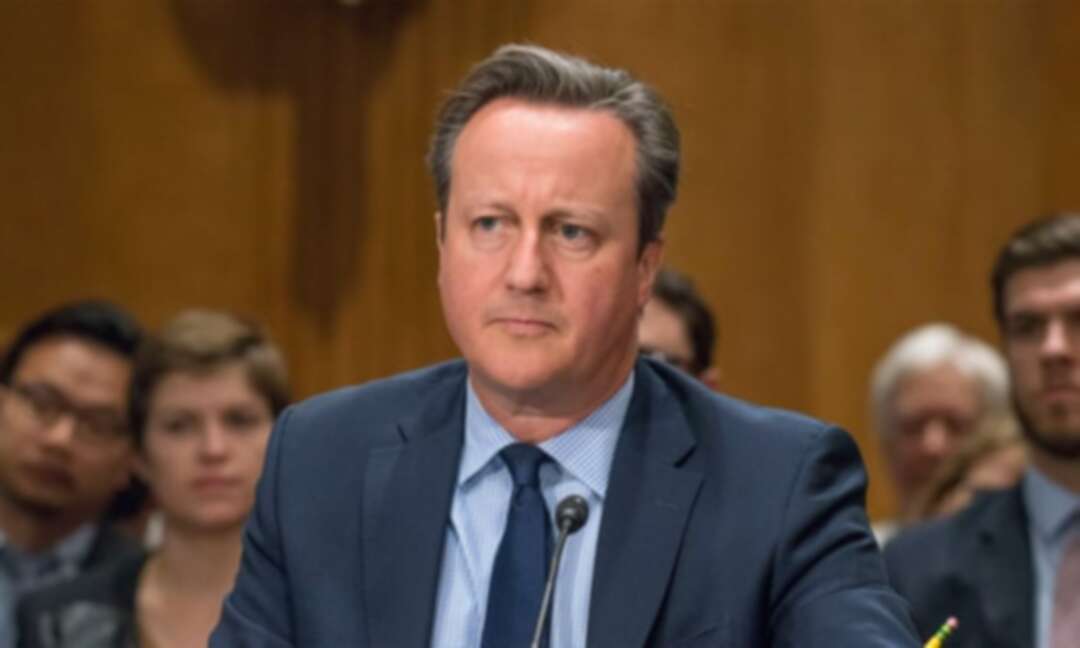 The Guardian has established that David Cameron contacted Feldman on 3 April last year, around the same time he was contacting ministers about Greensill.

David Cameron introduced an old schoolfriend from Eton to a senior government adviser after he was approached about an offer to sell Covid-19 testing kits to the UK government, the Guardian can reveal.

The former prime minister introduced the friend, Hugh Warrender, a former hedge fund manager, to the influential Tory “fixer” Andrew Feldman, who at the time was working as a senior adviser at the Department of Health and Social Care (DHSC).

It is understood that Warrender, who attended Eton college with Cameron in the 1980s, was representing a supplier of testing kits from South Korea and contacted Cameron in early April last year.

The supplier, whose identity is not known, wanted to sell its kits to the government and enlisted Warrender to make contact with decision-makers in government.

When asked to identify his client, Warrender refused to disclose the name of the individual or company he was representing. Cameron, Lord Feldman and DHSC did not respond to questions about the supplier’s identity.Details of the introduction have emerged as Cameron’s interactions with Whitehall officials and ministers face intense scrutiny following revelations about his lobbying for the now-collapsed finance company Greensill Capital.

The Guardian has established that Cameron contacted Feldman on 3 April last year, around the same time he was contacting ministers about Greensill. The chancellor, Rishi Sunak, texted Cameron on the same day, acknowledging a message from Cameron and promising to call him back.

Feldman, who served as the Conservative party’s co-chairman between 2010 and 2015, confirmed to the Guardian that he had “passed to officials in DHSC” details of the supplier’s testing kits. He said officials “were aware of the source of introduction”.

He added: “I did not take part in any meetings with Mr Warrender. DHSC officials subsequently advised that these tests did not meet MHRA published specifications and could not be used.”

A spokesperson for Cameron said the former prime minister “has no connection with this company whatsoever. His sole involvement was to forward a single email – regarding a Covid testing kit – in good faith to Lord Feldman. In doing so, he received no remuneration, was not in line to receive any remuneration, and has had no other contact with the company, before or since.”

The spokesperson did not respond to a question about how Cameron knew Feldman was working at DHSC, which had not been publicly disclosed at the time.

Feldman’s role working alongside the health minister and hereditary peer Lord Bethell was first reported by OpenDemocracy in November. According to Feldman, he worked as a volunteer at DHSC between 23 March to 15 May 2020.

Cameron once described Feldman as “one of my oldest and best friends”. The pair met at Oxford University and Cameron elevated the businessman to the House of Lords in 2010. He was reportedly the first Tory chairman to have his own office in 10 Downing Street.

After his stint at DHSC, Feldman returned to the PR and lobbying firm Tulchan Communications, where he is the managing partner. He has a wide-ranging portfolio of business interests including a shareholding in Samantha Cameron’s fashion label.

A spokesperson for DHSC said Feldman was “not involved in any procurement decisions and no contracts were awarded as a result of this contact.” She said DHSC had “received offers of support from a large number of suppliers” in the early days of the pandemic, but “many were not taken forward as we prioritised volume, price and clinical acceptability.”