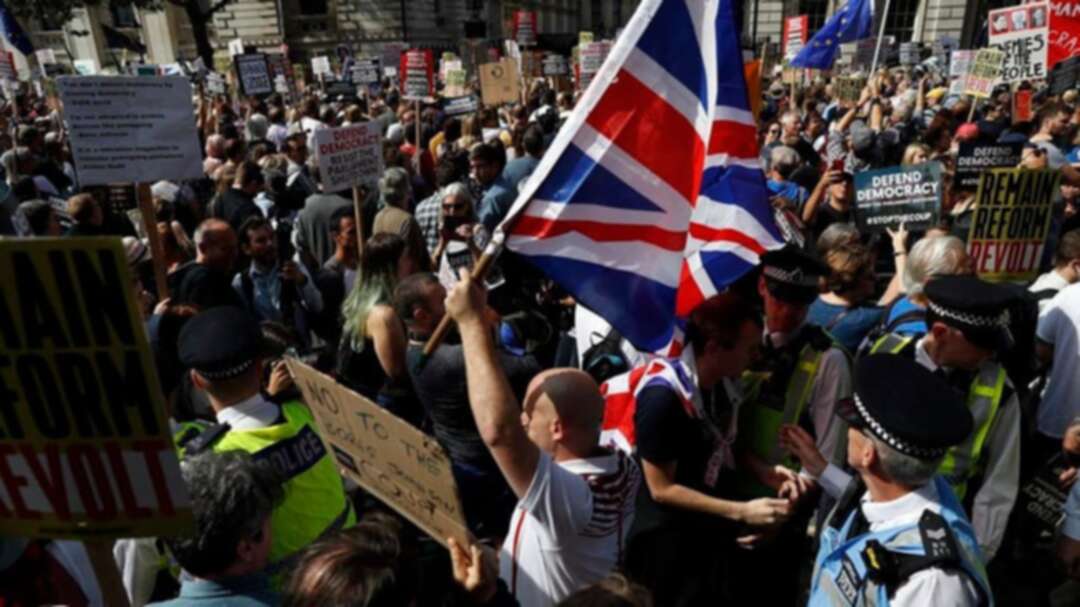 Crowds are gathering in London and other major British cities to protest Prime Minister Boris Johnson’s suspension of Parliament for part of the period before the Brexit deadline in two months.

Protesters gathered near 10 Downing Street in central London and in Belfast, York and others cities to show determination to block a “no deal” Brexit.

The crowds were galvanized by Johnson’s decision to shutter Parliament for several weeks when a debate about Brexit plans had been expected.

In London, they chanted: “Boris Johnson, shame on you.”

His plan is also being opposed by some in Parliament who plan to introduce legislation this week to try to prevent a disorderly departure from the European Union.

Johnson’s shutdown of Parliament is also being challenged in three separate court cases.