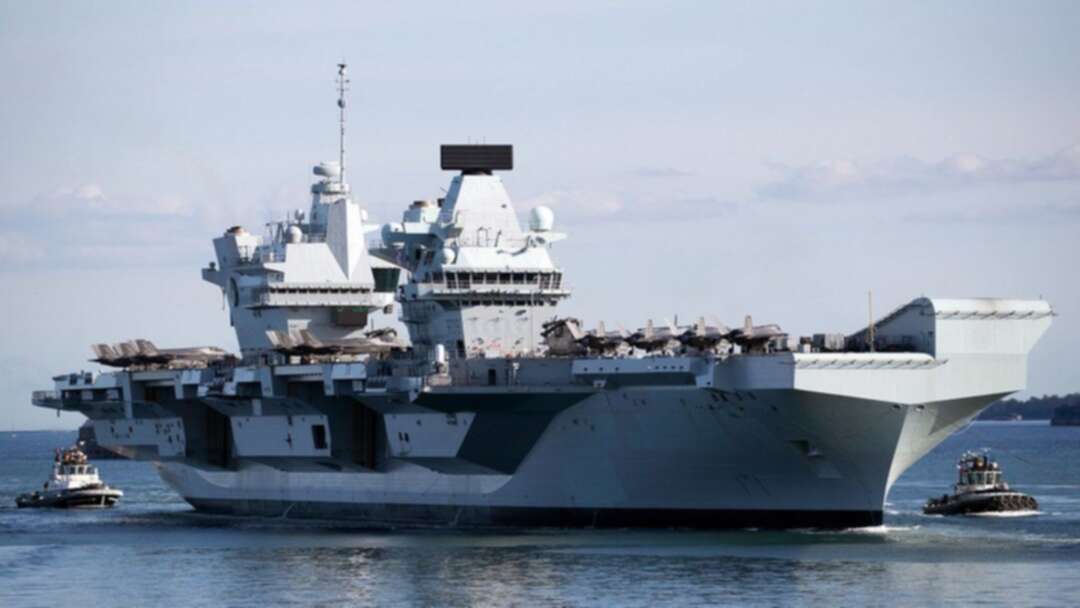 According to the BBC, an outbreak of Covid-19 has been confirmed on the Royal Navy's flagship, HMS Queen Elizabeth.

The BBC has been told there have been around 100 cases on the aircraft carrier, which is part way through a world tour.

Several other warships in the fleet accompanying it are also affected.

Defence Secretary Ben Wallace said all crew on the deployment had received two doses of a Covid-19 vaccine and the outbreak was being managed.

HMS Queen Elizabeth is about a quarter of the way through a 28-week deployment leading the Carrier Strike Group (CSG).

It has now entered the Indian Ocean, and the Royal Navy says it is due to continue on its voyage to Japan later this year.

A spokeswoman said mitigation measured on board included masks, social distancing and a track and trace system.

"As part of routine testing, a small number of crew from the Carrier Strike Group have tested positive for Covid-19," she said.

"The Carrier Strike Group will continue to deliver their operational tasks and there are no effects on the deployment."

It is not the first Covid scare on board a Royal Navy ship.

Last year, the crew of HMS Northumberland was forced to return to shore and isolate over Christmas after "a number of suspected Covid cases" on board.

The £3bn warship departed from Portsmouth Naval Base in May.

The Queen and the prime minister both went onboard before it headed off for the Indo-Pacific region.

The ship began sea trials in 2017, having replaced HMS Illustrious which was scrapped in 2014.

It has eight RAF and 10 US Marine Corps F35B stealth fighter jets onboard and will be accompanied to Asia by six Royal Navy ships, a submarine, 14 naval helicopters and a company of Royal Marines.