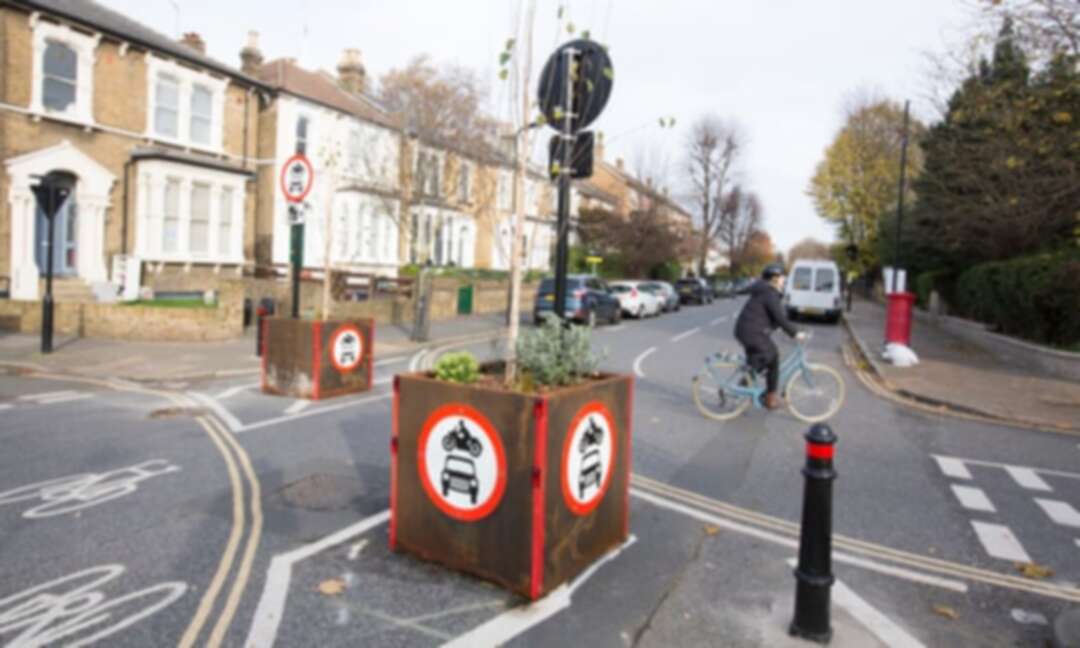 Low-traffic neighbourhoods, popup cycle lanes, widened pavements and other walking and cycling schemes introduced in response to the Covid-19 pandemic have not hindered ambulance response times, a series of freedom of information requests has revealed.

Ambulance trust responses to FOIs submitted by the charity Cycling UK revealed that no such schemes were implemented without the relevant trust’s knowledge and that no delays to emergency response times had been identified because of them.

Four of the 10 UK trust responses expressed support for measures to boost walking and cycling for health, prevent road traffic injury and to protect the environment.

Emergency measures to make active travel safer were implemented to avoid a rush to private cars as public transport capacity was reduced by coronavirus. However, some raised concerns the measures could lead to delays to emergency services.

Duncan Dollimore, head of campaigns at Cycling UK, told the Guardian: “What those freedom ofinformation requests have revealed is that there is no evidence to support the argument that cycle lanes delay ambulances.

“It wasn’t just one of those cases where it was left unclear by a vague freedom of information response; they were very clear: they don’t have any problem with them, and they support these schemes.”

However, that was not how it was reported in the media last year, added Dollimore, referring to reports in the Daily Mail and Telegraph that ambulances were being delayed.

The FoI requests, which were submitted in November, asked ambulance trusts to identify any active travel schemes introduced without their consultation, any that caused emergency response delays and any outstanding problems relating to such schemes. The trusts were also asked whether they supported the principle of such active travel measures, or their withdrawal.

Ten of the 12 UK ambulance trusts responded, two of whom said they did not hold the relevant information. Seven of the other eight that answered all questions said they were not aware of any problems with active travel schemes or concerns about delays from drivers. Several trusts added that they worked with councils on schemes’ designs to mitigate problems.

Only East of England ambulance trust described a problem with a locked barrier in Cambridge, although Cambridgeshire county council said no lockable barriers were installed in its Covid walking and cycling response and suggested this could be part of past counter-terrorism measures, adding that alternative routes were available.

Four ambulance service trusts – East Midlands, London, South Central and Yorkshire – expressed explicit support for active travel schemes in their FoI responses, while spokespeople for West Midlands and North West told the Guardian they supported such schemes and were not aware of any causing delays. No trust supported the withdrawal of measures.

A West Midlands ambulance service spokesperson said: “To date, our crews have not reported any detrimental issues caused by the changes to road layout whilst responding to 999 calls. However, should such a situation arise, we are confident that we would work with the relevant council to resolve these.

“We are supportive of LTNs

A North West ambulance service spokesperson said: “Our ambulance crews are advanced drivers and trained to deal with a range of conditions including traffic congestion … we welcome any traffic arrangements that promote road safety and reduce the amount of accidents that occur, and we work with councils to find a compromise over any road layouts or changes that may cause us difficulties.”

David Williams, the deputy director for operations at East Midlands ambulance service, said: “We welcome the introduction of cycle lanes because they are there to help keep cyclists safe and therefore help prevent road traffic collisions.”

Research has found that having protected cycle lanes reduces the odds of cycling injuries by 40%-65%, while LTNs have been found to reduce injuries for all road users by 70%.

Analysis of fire service response times in LTNs in north London between 2012 and 2020 found no evidence of delays within the schemes and slight improvements to response times on boundary roads.

Dollimore said: “There should be engagement and consultation, but I think one of the lessons for local authorities also is not to be panicked into reacting and pulling out schemes, or thinking that schemes don’t work on the back of, say, sensational media reports.”

“The claim that cycle lanes were causing mayhem and disaster for ambulances was manifestly untrue.”

HS2 tunnel protest will be first of many, says activist Zarif, From Reviving Nuclear Deal to Presidency of Iran