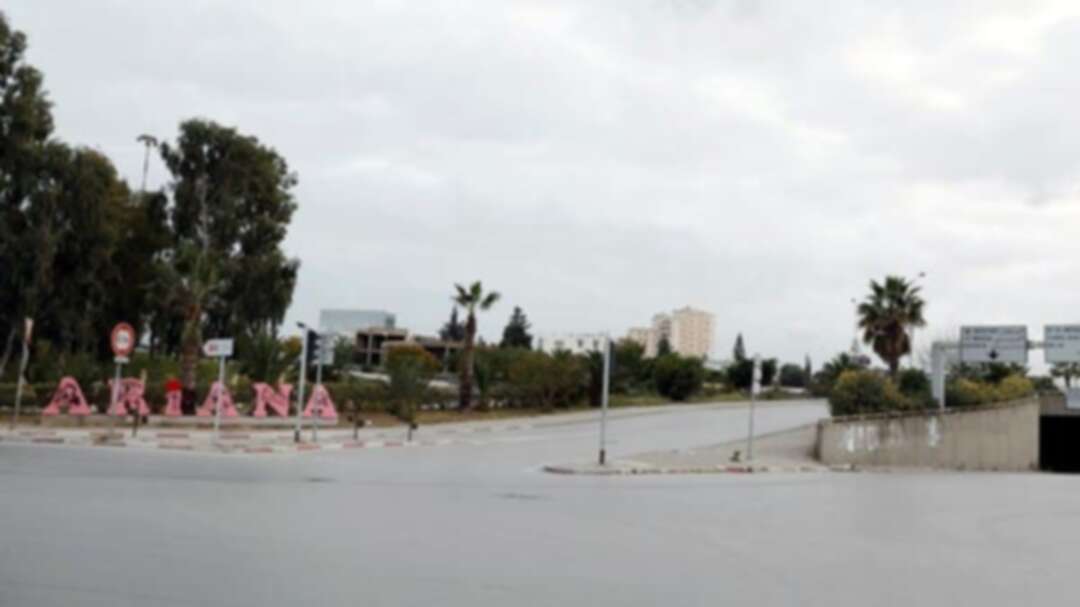 A general view shows empty streets at the entrance of Ariana city during a curfew to counter the spread of the coronavirus, near Tunis, Tunisia, March 18, 2020. (Reuters)

Tunisia’s president on Friday ordered a general lockdown, limiting citizens’ free movement to curb the spread of the coronavirus.

The government later said in a statement the lockdown would come into force on Sunday and last until April 4.

The North African country, which has already shut down cafes, restaurants, and mosques, has so far reported 54 confirmed cases of coronavirus and one death.

Tunisian banks will postpone the repayment of loans by poorer citizens by six months to help alleviate the social and economic impact of the crisis, banking sources said.

“There is no need for fear or panic, the state will be with you,” President Kais Saied said in a televised broadcast.

“I call on Tunisians to stay at home and to go out only to meet the most urgent needs... The state will provide food and vital services such as health and security.”

Prime Minister Elyes Fakhfakh has said the government had reduced its growth forecast this year to 1 percent from 2.7 percent. The government is expected to announce soon an aid package for struggling companies and individuals. levant