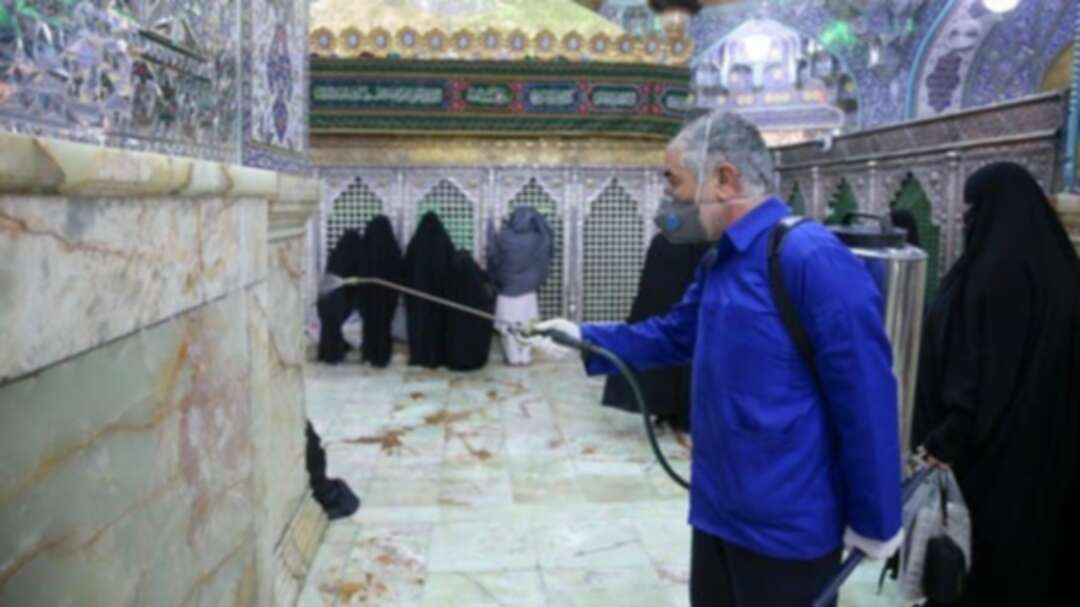 An Iranian sanitary worker disinfects Qom's Masumeh shrine on February 25, 2020 to prevent the spread of the coronavirus which reached Iran, where there were concerns the situation might be worse than officially acknowledged. (AFP)

The origin of the coronavirus outbreak in Iran can be traced to Chinese workers and students in the Shia holy city of Qom said an Iranian deputy health minister.

As of Wednesday, 2,077 in Iran have died from coronavirus, and there are 27,017 confirmed cases. Coronavirus spread to Qom

“A strong epidemiology team began their research from the day we had the first coronavirus case in Qom,” deputy health minister Alireza Raisi said on Wednesday.

“Based on the findings, this disease is clearly and specifically from Chinese workers and students in Qom,” Raisi added.

MIU is a state-funded, Shia seminary based in Qom with almost 40,000 foreign students. MIU claims to be an international academic, Islamic, and university-style seminary institute.

Mohammad Hossein Bahraini, head of Mashhad’s medical university, was quoted as saying in February that coronavirus spread to Qom through 700 Chinese students studying at MIU.

Iran’s most prominent Sunni cleric Molavi Abdul-Hamid also said earlier this month that the outbreak was caused by Chinese students studying at MIU.

Abdul-Hamid was criticized by MIU and came under attack from regime supporters on social media for his remarks. Coronavirus spread to Qom

Deputy health minister Raisi also said that there is a possibility that Qom may have not been the only source of the outbreak in Iran.

It is possible that the virus also spread from the northern province of Gilan through Iranian students returning from China’s city of Wuhan, the epicenter of the outbreak, Raisi said. levant