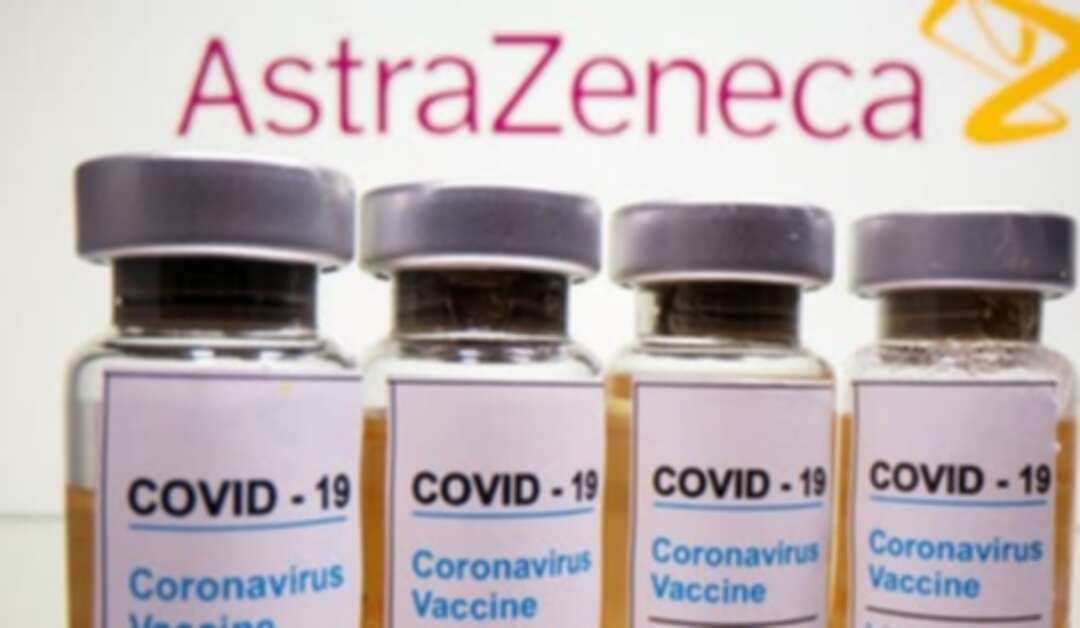 Injection only and a medical syringe are seen in front of a displayed AstraZeneca logo in this illustration taken October 31, 2020. (Reuters)

Morocco had announced it plans to launch a free vaccination campaign targeting 25 million people, or 80 percent of its population.

The country has ordered 66 million doses from AstraZeneca and China’s Sinopharm but has not yet received any, Ait Taleb told state 2M TV channel.

The deal with Sinopharm includes technology transfer and the setting up of a production plant in Morocco, he said.

On Dec. 23, Morocco imposed a nationwide three-week curfew from 9:00 pm to 6:00 am and ordered restaurants to shutdown in the hard-hit cities of Agadir, Casablanca, Marrakech and Tangier in an effort to control the latest outbreak.

On Wednesday, the country said it has recorded a total of 447,081 coronavirus infections including 7,000 deaths and 20,719 active cases.

The Moroccan economy is expected to have contracted by 7.2 percent in 2020 according to the International Monetary Fund, while the government said its 2020 fiscal deficit would surge to 7.5 percent due to the virus.

Ghanaian army intervenes in parliament clash ahead of swearing-in UAE says transport to, trade with Qatar may resume within a week