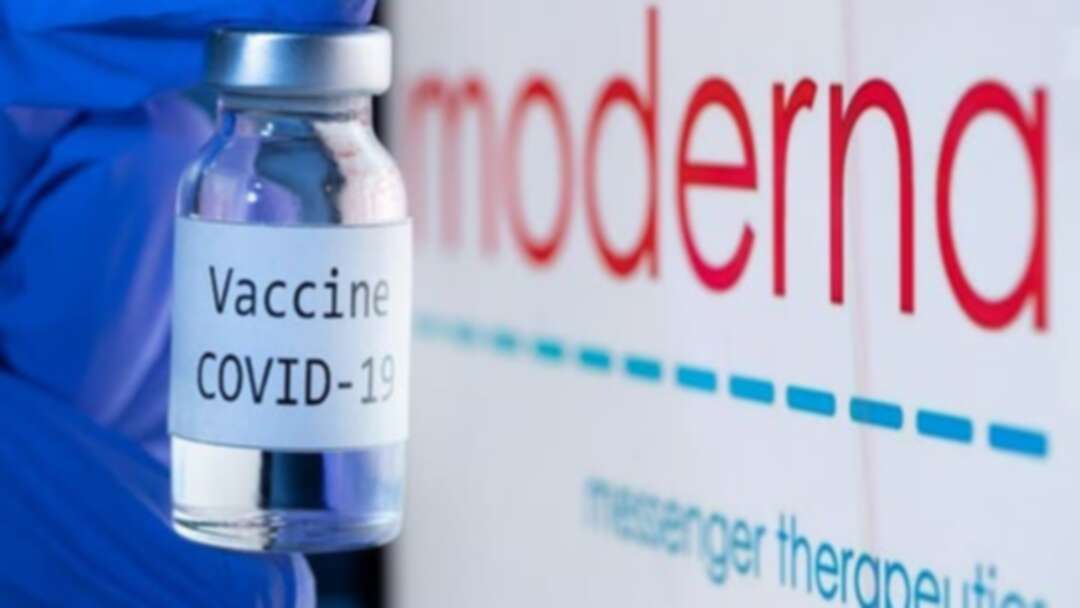 This photo shows a bottle reading “Vaccine COVID-19” next to the Moderna logo. (AFP)

Shortfalls in COVID-19 vaccine deliveries from US drugmaker Moderna have spread across Europe, as Italy joined France and Switzerland in announcing the company’s shipments for February would miss expectations.

Moderna told Reuters it had revised short-term delivery guidance for Europe and elsewhere outside the United States based on the “ramp-up trajectory” at its drug substance supplier, which is Swiss contract drug manufacturer Lonza. The company said in normal circumstances the industrial launch of a vaccine could take three to four years to prepare.

European countries are now grappling with broad vaccine delays, at least temporarily, as all Western vaccine makers with approved shots - Moderna, Pfizer and its German partner BioNtech, and AstraZeneca - fall behind their initial delivery targets. 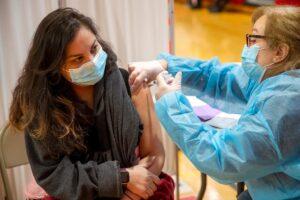 A person receives the Moderna COVID-19 vaccine in the gymnasium of International High School in Paterson, N.J. (File photo: AP)

AstraZeneca and the European Union are already embroiled in a dispute over deliveries, while Pfizer said it needed to slow production at a Belgian plant in order to increase it in the long term.

Moderna’s Europe-bound vaccine makes a long, complex journey from contract drug manufacturer Lonza in Switzerland to fill-and-finish facilities in Spain to a Belgian logistics centre before it is shipped out.

“Moderna confirms that, as it scales manufacturing, it is on track to supply the next three months of deliveries and meet its Q1 and subsequent contractual commitments,” Moderna said.

“Moderna remains in close contact with all governments, recognizing the importance of delivery planning for vaccination rollout.”

Lonza did not immediately comment on Friday. Lonza has previously said its Swiss plants will take “a couple of months” to reach “cruising speed.”

On Thursday, France said it expected 25 percent fewer doses of Moderna vaccines, just after Switzerland said Moderna would not meet its February target, jeopardizing the country’s 1

million-vaccine-dose delivery target for the month.

Canada said it should receive 78 percent of the doses it had expected in a shipment due next week.

Switzerland’s Federal Health Ministry did say it expected Moderna to make good on shortfalls in March, and that the company would reach its first-quarter targets.

Among Moderna’s confirmed global orders, the United States is due 200 million doses, the European Commission 160 million, Japan 50 million, Canada 40 million, South Korea 40 million, Switzerland 7.5 million, and Britain 17 million doses, with other markets including Israel, Qatar and Singapore also due vaccine, based on information from the company.

Moderna has committed to producing at least 600 million doses of its vaccine in 2021.