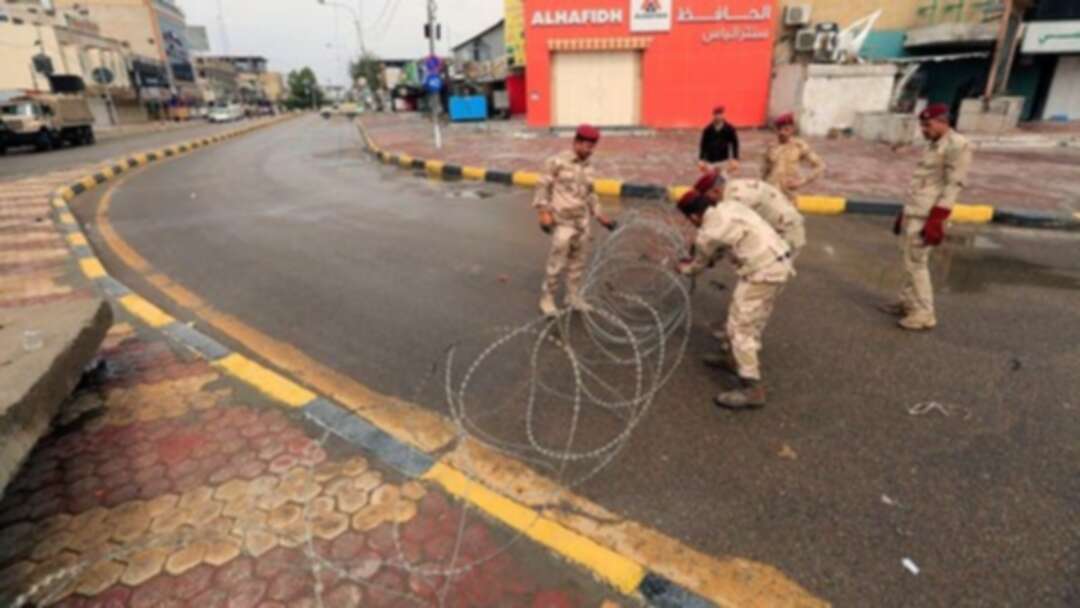 Soldiers place barbed wire on a street during a curfew imposed to prevent the spread of coronavirus disease (COVID-19), in Baghdad, Iraq, on March 18, 2020. (Reuters)

Iraq has thousands of confirmed COVID-19 cases, many times more than the 772 it has publicly reported, according to three doctors closely involved in the testing process, a health ministry official and a senior political official. Iraq

The sources all spoke on condition of anonymity. Iraqi authorities have instructed medical staff not to speak to the media.

Iraq’s health ministry, the only official outlet for information on the coronavirus, dismissed the sources’ reading of the spread of the disease.

The ministry said in its latest daily statement on Thursday that the total recorded confirmed cases for Iraq were 772, with 54 deaths.

But the three doctors, who work in pharmaceutical teams helping test suspected COVID-19 cases in Baghdad, each said that confirmed cases of the disease, based on discussions among fellow medics who see daily results, were between about 3,000 and 9,000 although they each gave different estimates.

The health ministry official, who also works in testing for COVID-19, the disease caused by the new coronavirus, said that there were more than 2,000 confirmed cases from eastern Baghdad alone, not counting the number in other areas or provinces.

The political official, who has attended meetings with the health ministry, also said thousands of cases were confirmed.

The new coronavirus has hit Iraq’s neighbor Iran worse than any country in the region. Iraq has close trade and religious ties with Iran and a large border, which Iraq shut in February over fears of the spread of the infection.

Iraq’s healthcare system, among other infrastructure, has been stretched by decades of sanctions, war, and neglect, one among several problems that spurred mass anti-government protests in recent months.

Governments across the world have struggled to cope with the pandemic. The United States, Italy and Spain are the countries worst hit by the disease, which has infected nearly a million people worldwide and killed nearly 47,000.

The three Iraqi doctors and the political official said national security officials had attended health ministry meetings and urged authorities not to reveal the high figures because it could create public disorder with a rush on medical supplies, and make it harder to control the disease's spread.

The health ministry did not immediately reply to a request for comment on any such discussions.

Testing facilities are limited and Iraq has publicly acknowledged that the actual number of cases must be higher than the number of confirmed cases.

Many doctors blame the accelerating spread of the disease on people refusing to be tested or isolated and on the flouting of a nationwide curfew, including by thousands of pilgrims who flocked to a Shiite Muslim shrine in Baghdad last month.

The three doctors and the health official said many new cases were from eastern Baghdad where those pilgrims live.

Separately, some Shiite pilgrims returning to Iraq from Syria have tested positive for the coronavirus, a senior Iraqi official and health officials said on Sunday. levant