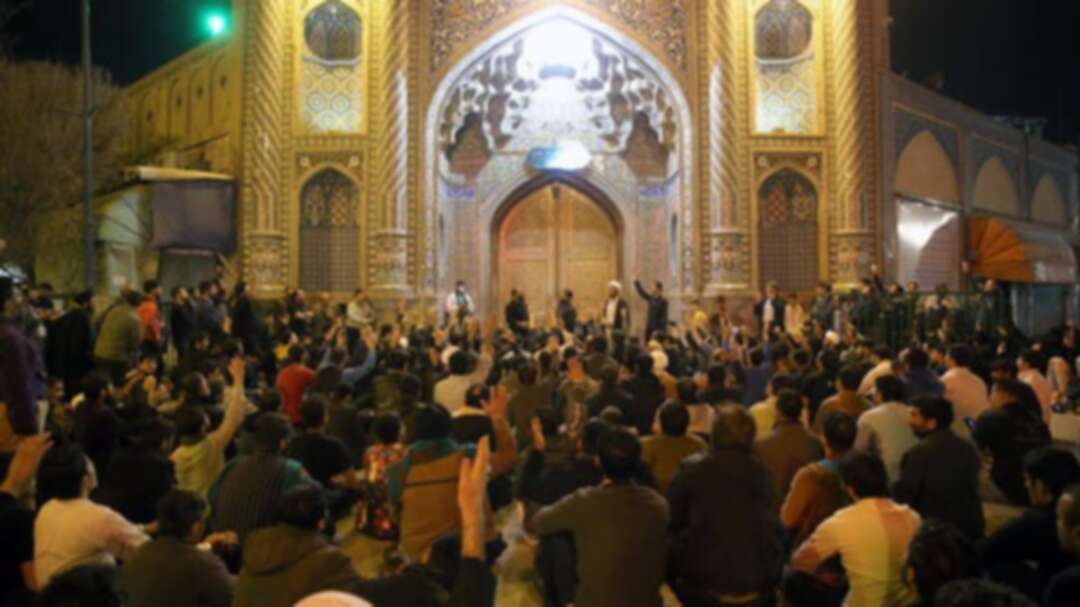 People gather outside the closed doors of the Fatima Masumeh shrine in Iran's holy city of Qom. (File photo AFP)

ran is still accepting foreign pilgrims to the Shia holy city of Qom despite the coronavirus pandemic, according to Iranian lawmaker Aziz Akbarian.

“Foreign pilgrims are still coming to Qom,” Akbarian was quoted as saying by the semi-official ILNA news agency on Tuesday.

“A solution must be found for this issue because fighting a disease like coronavirus is no joke,” he said. accepting pilgrims to Qom

Qom is the epicenter of the coronavirus outbreak in Iran, where the virus has killed 2,757 and infected 41,495 people in the country as of Monday.

A video from the city shared on social media on Saturday showed foreign travelers getting off several coaches.

The travelers are likely Shia pilgrims from Pakistan and India coming to visit the Fatima Masumeh Shrine in Qom, according to the video.

Akbarian also criticized the government’s delayed response in handling the outbreak in Qom, saying, “If we had quarantined Qom from the start, not allowed any vehicles to leave the city and closed down the non-essential places, the outbreak would not have been as prevalent.” accepting pilgrims to Qom

Iran closed the Fatima Masumeh shrine almost a month after acknowledging the outbreak in Qom. Coronavirus had already spread to most parts of the country by then.

“If the outbreak continues like this, we will be the last country to say goodbye to this disease,” said Akbarian. levant

US sanctions have not impacted coronavirus medicine supplies in Iran: Health minister Coronavirus in Kuwait: 23 new cases in the last 24 hours, total now at 289