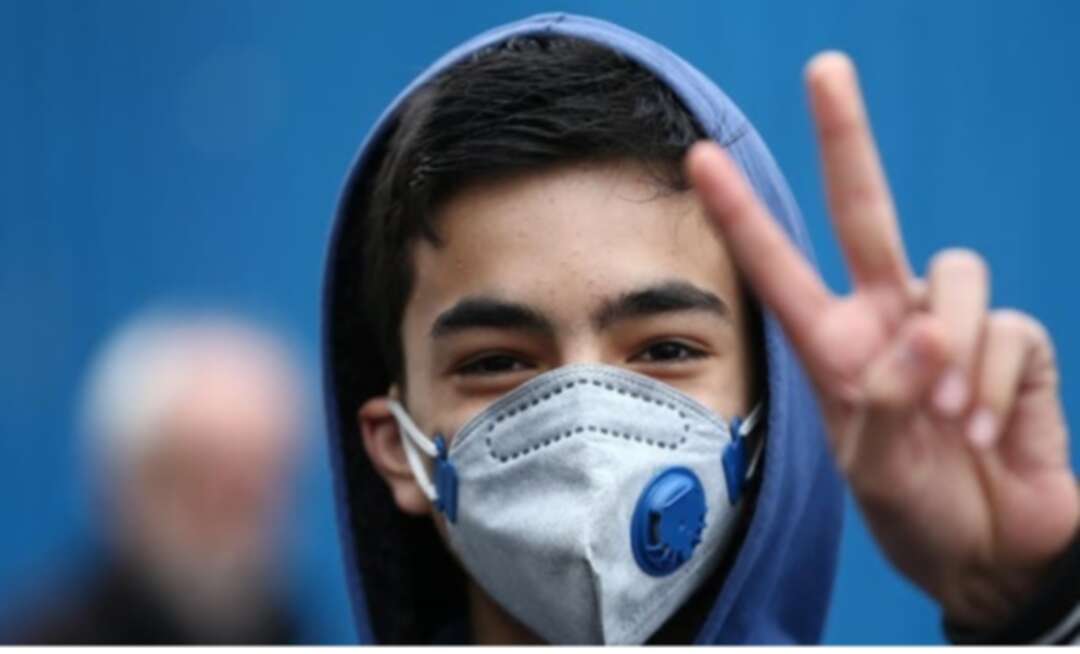 An Iranian boy gestures as he wears protective mask to prevent contracting a coronavirus in Tehran. (Reuters)

Iran on Saturday reported one more death among 10 new cases of coronavirus, bringing the total number of deaths in the Islamic republic to five and infections to 28.

“One of the new cases has unfortunately passed away,” he added, noting that eight of them had been hospitalized in Qom and two in Tehran, without specifying where the death occurred.

An Iranian official has tested positive for coronavirus as well, state TV had reported earlier on Saturday. It is unclear whether he is one of the new cases announced.

Morteza Rahmanzadeh, the mayor of District 13 of the capital Tehran, was hospitalized with coronavirus symptoms on Friday, according to state TV.

The COVID-19 outbreak first emerged in Iran on Wednesday, when officials said it killed two elderly people in Qom, a Shia holy city south of the capital.

They were the first confirmed deaths from the disease in the Middle East.

Since then, Iran has carried out tests on 785 suspected cases, Jahanpour said.

“Most of the cases are either Qom residents or have a history of coming and going from Qom to other cities,” the health ministry spokesman said.

Qom is a center for Islamic studies and pilgrims, attracting scholars from Iran and beyond. An official said the first two victims, who were Qom residents, had not left Iran.

Following the announcement of the deaths, neighboring Iraq on Thursday clamped down on travel to and from the Islamic republic, with its health ministry announcing people in Iran were barred from entering the country “until further notice”.