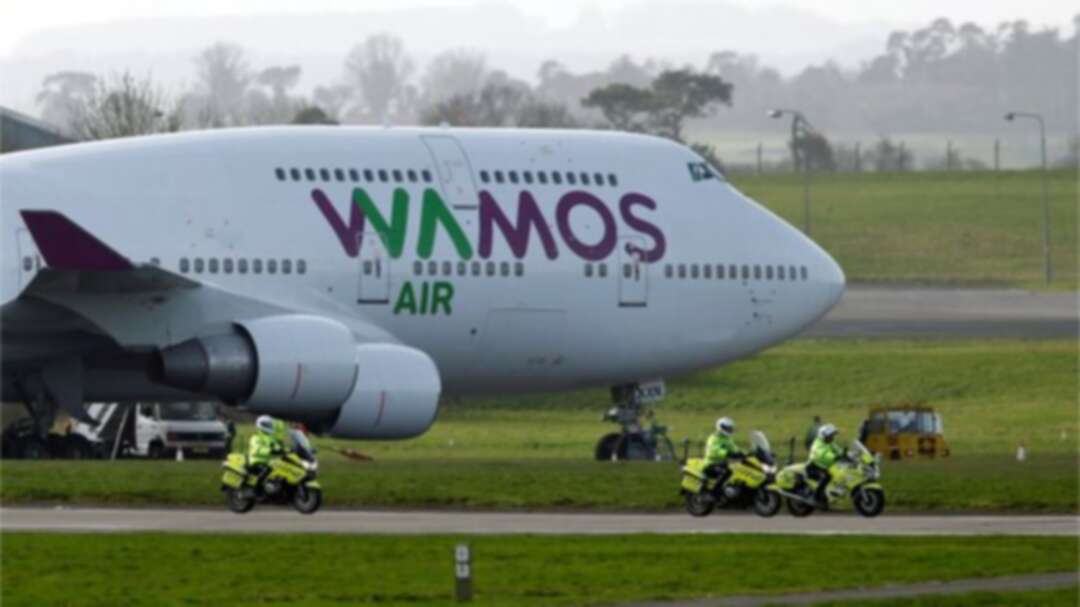 Police officers ride next to the landed plane, which carried 32 British and European passengers back to the UK from Japan File photo Reuters

A flight carrying Britons evacuated from a coronavirus-hit cruise ship in Japan has arrived back in the UK.

The Foreign Office said 32 British and European passengers - who have been quarantined on the liner for 16 days - were on board.

The flight landed at Boscombe Down, an airbase in Wiltshire, after leaving Tokyo late on Friday night.

The group will travel on coaches to Arrowe Park hospital in Wirral, where they will spend 14 days in quarantine.

The passengers have so far tested negative for Covid-19, the illness brought on by coronavirus.

The flight took off from Tokyo's Haneda Airport late on Friday evening (GMT) and landed at Boscombe Down, a Ministry of Defence base in Wiltshire, about 11:30 GMT on Saturday.

In a statement issued after the plane landed, Foreign Secretary Dominic Raab said the Foreign Office had "worked hard" to get the passengers "back to the UK securely".

"Our number one priority has consistently been the health and safety of UK nationals," he added.

The flight had previously been delayed after the British embassy said it was "logistically complicated".

Meanwhile, it has emerged the NHS is working on plans to test people for coronavirus in their own homes if the outbreak begins to spread in the UK.

A pilot scheme has already been launched in London, where tests are being carried out by NHS staff, such as nurses and paramedics.

The health service is planning to expand this to other areas outside of the capital in the coming weeks.

Professor Keith Willett, the NHS strategic incident director for coronavirus, said the aim was to avoid the risk of people spreading the infection by going to their GP or A&E.

Some 78 Britons were on the Diamond Princess when it was quarantined 16 days ago.

Some of the British passengers on the Diamond Princess had already been evacuated over the last week on flights to Hong Kong, organized by the Chinese authorities there, a government source has told the BBC.

Others are being treated for the virus in health facilities in Japan.

David and Sally Abel, a couple from Northamptonshire who was diagnosed with coronavirus on the cruise ship, have since been told they have pneumonia, their son said.

Appearing alongside wife Roberta, Steve Abel said in a YouTube video late on Friday evening that his father's condition was "very serious", while his mother has a more mild form of pneumonia.

He also said he's "really distressed" parents - who had been on the cruise for their 50th wedding anniversary - called him to say they were being moved to a different hospital.

Mr. Abel said: "They've gone from being told that they're going to have all these wonderful treatments, and 'we're going to wait over the next two or three days just to see how they respond to the treatments', and now all of a sudden they're being told 'we have to move you to a different hospital'."

He said his father is so "weak" he has been using a wheelchair and has been told he could be put on a ventilator.

The Foreign Office said the welfare of all British nationals is of the highest priority to the UK government.

They added they are working with the Japanese authorities to ensure those British nationals who are remaining in Japan for health reasons get the best possible care.

At least four UK nationals have contracted the virus onboard the cruise ship, but those flying home have tested negative.

More than 620 people onboard the cruise ship tested positive for the virus - the largest cluster of cases outside China.

It is understood that some British nationals are members of the ship's crew who could be staying onboard the ship.

Two Japanese passengers - both in their 80s and with underlying health conditions - were confirmed to have died after contracting the virus on the Diamond Princess.

The cruise liner was carrying 3,700 people when it was quarantined in Yokohama on 5 February, after a man who disembarked in Hong Kong was found to have the virus.