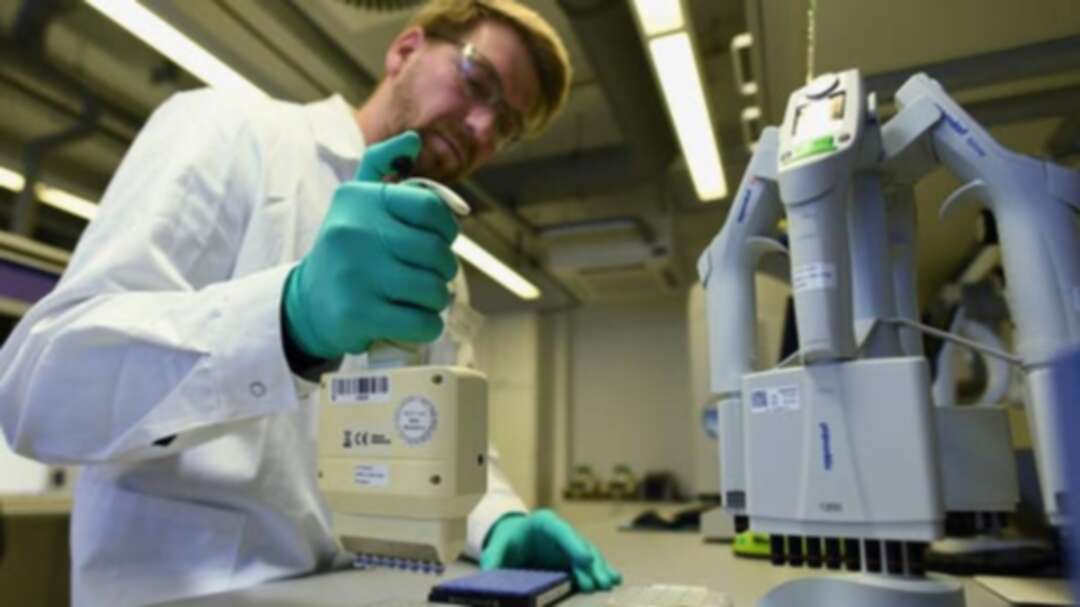 Employee Philipp Hoffmann, of German biopharmaceutical company CureVac, demonstrates research workflow on a vaccine for the coronavirus (COVID-19) at a laboratory in Tuebingen, Germany, March 12, 2020. (Reuters)

Chloroquine – the commonly used malaria drug that has been touted as symptomatic relief for coronavirus patients – can be toxic if used improperly.

Around the world, chloroquine, which is also used to treat lupus and rheumatoid arthritis, is being examined, and used in some places, to treat symptoms of the novel coronavirus.

Between malaria and COVID-19, shared symptoms include a fever; coughing; difficulty breathing, tiredness, and chills, profuse sweating, and headaches – or flu symptoms. Chloroquine is also used to treat Ebola and SARS symptoms, the latter of which belongs to the same family of coronaviruses that COVID-19 belongs. In Lagos, Nigeria, hospitals are now treating patients who have misused chloroquine to treat coronavirus. Chloroquine was banned in Nigeria in 2005, but many households still have tablets of the drug, the BBC reported.

The Lagos government has warned of the severe side effects of the drug and asked that Nigerians not take it without medical supervision. There are an estimated 100 million malaria cases and over 300,000 deaths in Malaria each year in Nigeria, according to US State Department data from 2011.

The drug was initially used in China to treat symptoms or coronavirus, but the China Health Commission revised its dosage of chloroquine at the end of February.

It cannot be given to pregnant women as it can cause birth defects in babies, those with heart disease, terminal liver, and renal disease, retina and hearing loss, and patients on antibiotics, such as azithromycin and steroid.

One woman in Wuhan took 1.8 grams of the drug and developed malignant cardiac arrhythmic, which can cause sudden death. She ordered the drugs online when she believed that she had coronavirus, but she tested negative.

Chloroquine in the US

In the United States, President Donald Trump asked the US Food and Drug Administration (FDA) to look into chloroquine to fight coronavirus.

“The FDA has been working closely with other government agencies and academic centers that are investigating the use of the drug chloroquine,” read a press release from the agency.

The FDA is currently studying a way to make the drug available for emergency use, but in a way that gives the government data about whether it is safe and effective.

Dr. Anthony Fauci, the director of the National Institute of Allergy and Infectious Diseases at National Institutes of Health, when asked if hydroxychloroquine, a derivative of chloroquine, could work to treat coronavirus patients, Fauci responded “No. The answer is no,” while answering a reporter’s question.

“The information that you're referring to specifically is anecdotal. It was not done in a controlled clinical trial, so you really can't make any definitive statement about it,” AP reported Fauci as saying.

Chloroquine was first developed in the 1940s to treat malaria. In 1949, it was approved by the FDA for this specific use.

A 2005 study found that chloroquine could prevent the spread of the SARS-CoV, commonly known as SARS, virus in primate cells grown in a lab. The novel coronavirus or SARS-CoV-2 is from the same family of coronaviruses as SARS-CoV, and treatments for the novel coronavirus could be similar to those used for its predecessor.

Waiting for a vaccine

Most experts have said a coronavirus market-ready vaccine is likely one to two years away. So others have tried to use existing medications as alternatives. Malaria drugs are one such option; others include bacteria and other rheumatoid arthritis drugs, HIV drugs, and redeliver, which is an anti-viral medication developed as a treatment for Ebola and was successful in treating monkeys infected with MERS.

UAE’s latest measures to contain the spread of the coronavirus: All the facts Member of US VP Pence's office tests positive for coronavirus