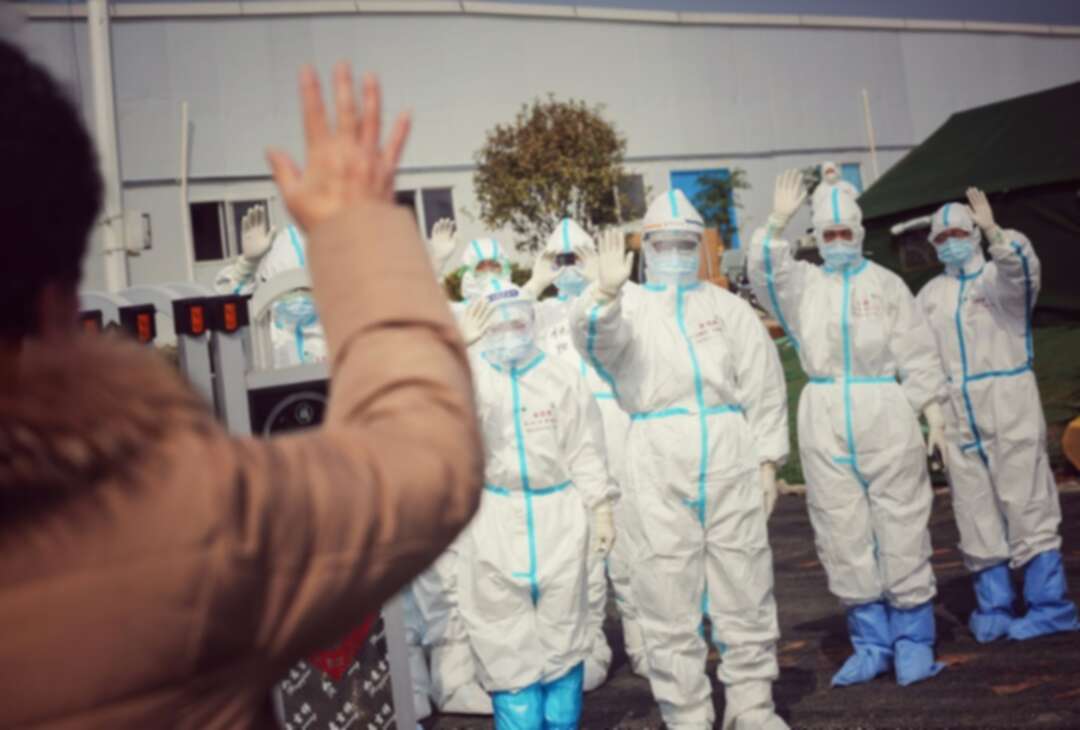 The number of cases from the new coronavirus topped 100,000 worldwide as official data Saturday showed a significant hit to Chinese exports after the deadly outbreak brought much of the country to a halt.

The World Health Organization called the spread of the virus "deeply concerning" as a wave of countries reported their first cases of the disease -- which has now killed nearly 3,500 people and infected more than 100,000 across 92 nations and territories.

The US was battling to contain an outbreak on a cruise ship where 21 people have tested positive for the virus.

The Grand Princess has been stranded off San Francisco since Wednesday -- when it was supposed to dock -- after it emerged that two people who had been on the ship during its previous voyage had contracted the virus. One later died.

US Vice President Mike Pence said the ship will be brought to a non-commercial dock this weekend and all 3,533 passengers and crew will be tested.

The Grand Princess belongs to Princess Cruises, the same company which operated the coronavirus-stricken ship held off Japan last month on which more than 700 people tested positive.

In China, where the outbreak began in December, the virus has wreaked havoc on the world's second-largest economy, shutting down businesses and disrupting global supply chains.

The negative impact was shown in official data Saturday, with China's exports plunging 17.2 percent in the first two months of the year.

WHO chief Tedros Adhanom Ghebreyesus has urged "that all countries make containment their highest priority."

A US pro-Israel lobby group said Friday that two people who took part in a Washington conference -- also attended by Pence, Secretary of State Mike Pompeo and dozens of lawmakers -- had tested positive for coronavirus.

Slovakia, Serbia, the Vatican, Peru, Cameroon, and Togo have all reported their first cases while the Netherlands recorded its first death on Friday.

Cameroon is the first central African country to register a case of the deadly virus.

Florida confirmed Friday two deaths from the virus -- the first US fatalities outside the west coast states of Washington and California -- taking the country's death toll to 16.

The number of infections in South Korea went above 7,000 on Saturday -- the highest in the world outside China.

In China, the number of new cases reported Saturday nationwide was the lowest in weeks.

The Chinese government has hinted it may soon lift the quarantine imposed on Hubei province -- the locked-down epicenter where some 56 million people have been effectively housebound since late January.

For the second consecutive day, there were no new cases reported in Hubei outside Wuhan, the province's capital.

But the number of infections beyond the epicenter rose for the third straight day, fuelling fears about cases being brought into the country from overseas. There have now been 60 imported cases.

Many local authorities are imposing two-week quarantines on anyone who has traveled to virus-affected provinces or countries.

The number of international tourist arrivals is expected to drop sharply this year due to the virus, the World Tourism Organization said Friday, reversing a previous forecast for a substantial increase.

The South by Southwest festival in Austin, Texas and the Ultra electronic dance festival in Miami were among the latest events to be canceled as scrutiny grows on events that draw large crowds.

In India, the world's biggest film industry called off its equivalent of the Oscars that had been set for the end of the month.

The holy city of Bethlehem was in lockdown after the first Palestinian cases of the deadly coronavirus were discovered there Friday, leaving tourists scrambling to find a way out.

Meanwhile, in another measure to limit contagion during religious gatherings, Saudi Arabia emptied Islam's holiest site in Mecca to sterilize it.

With the elderly among the most at-risk groups, French President Emmanuel Macron urged people to limit visits to the old and infirm as much as possible to avoid further spread.

Stock markets and oil prices have collapsed as investors panic over the expected devastating damage of the coronavirus to global economic growth.