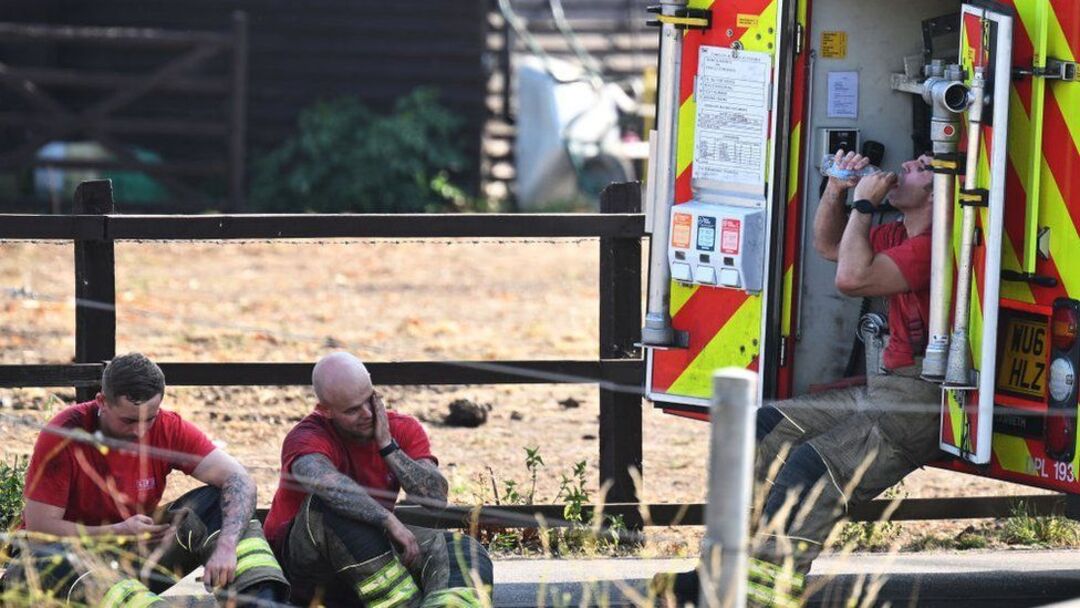 The UK has recorded 500 more wildfires this year than the whole of 2021, the Andolu Agency reported.

Soaring temperatures across the country have created conditions that are “perfect at the moment for wildfires,” Mark Hardingham said.

Hardingham said: “They are physically exhausting and demanding incidents to deal with. Not only are you turning up as a firefighter in extreme, high temperatures, but you’re wearing your firefighter clothing."

“Once you’ve dealt with that fire, more often than not you’re picking up another call to go to the next fire.”

The UKHSA alert came in tandem with a growing hosepipe ban by water companies across the country.

Under the emergency measure, people are not allowed to use hosepipes to water gardens or plants, clean cars, patios, walls and windows, or fill up pools and ponds, with hefty fines for violations.

On Friday (August 12), the Environment Agency declared an official drought in eight parts of England after a prolonged heat wave and dry weather conditions with no rainfall in the month of August.

Across the UK, rivers and reservoirs have dried up and water tanks have been sent to a number of small villages where reservoirs are nearly empty.

It is worthy to noted that July was the UK’s hottest month since records began in 1836 as temperatures surged above 40 degrees Celsius (104 degrees Fahrenheit), making it warmer than 98% of all countries in the world.​​​​​​​​​​​​