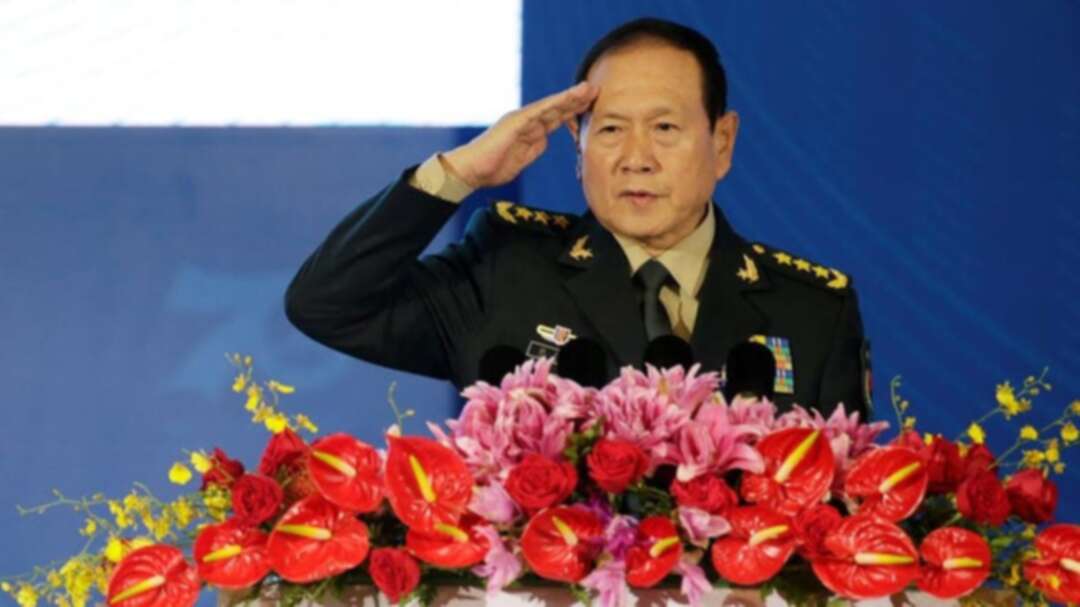 Separatist activities are doomed to failure, Defence Minister Wei Fenghe said at the opening in Beijing of the Xiangshan Forum. (Reuters)

China’s defense minister said on Monday that resolving the “Taiwan question” is his country’s “greatest national interest,” and that no force could prevent China’s “reunification.”

Separatist activities are doomed to failure, Defense Minister Wei Fenghe said at the opening in Beijing of the Xiangshan Forum, which China styles as its answer to the annual Shangri-La Dialogue security forum in Singapore.

Tensions between China and Taiwan have ratcheted up ahead of the self-ruled island’s presidential election in January. Taiwan is China’s most sensitive territorial issue.

“China is the only major country in the world that is yet to be completely reunified,” Wei said.

“Resolving the Taiwan question so as to realise China’s full reunification is the irresistible trend of the times, China’s greatest national interest, the righteous path to follow and the longing of all Chinese people.”

Proudly democratic Taiwan has lambasted China for its authoritarian rule and for being a threat to regional peace, while China has heaped pressure on Taiwan, whittling away at its few remaining diplomatic allies.

China regards Taiwan as its sacred territory, to be brought under Beijing’s rule, by force if needed, a message President Xi Jinping reiterated at the start of this year.

China translates the word “tong yi” as “reunification,” but it can also be translated as “unification,” a term in English preferred by supporters of Taiwan independence who point out that Beijing’s Communist government has never ruled Taiwan and so it cannot be “reunified.”

Defeated Nationalist forces fled to Taiwan in 1949 at the end of a civil war with the Communists. The People’s Republic of China has never governed Taiwan, whose people have shown little interest in being ruled by autocratic Beijing.

China has also been angered by US support for Taiwan, including arms sales. Washington has no formal ties with Taipei, but is bound by law to provide the island with the means to defend itself.

The US and China are also locked in a bitter trade war, though they have been holding talks to end it.

“However we will never allow separatists for Taiwan independence to have their way, nor allow interference by any external forces. Advancing china’s reunification is a just cause, while separatist activities are doomed to failure.”

The US has also angered China by repeatedly conducting what it calls “freedom of navigation” operations by naval ships close to islands China occupies in the South China Sea.

China claims almost all the energy-rich waters of the South China Sea, but neighbors Brunei, Malaysia, the Philippines, Taiwan and Vietnam also have claims.

“The South China Sea islands and Diaoyu islands are inalienable parts of China’s territory. We will not allow even an inch of territory that our ancestors have left to us to be taken away,” Wei said.