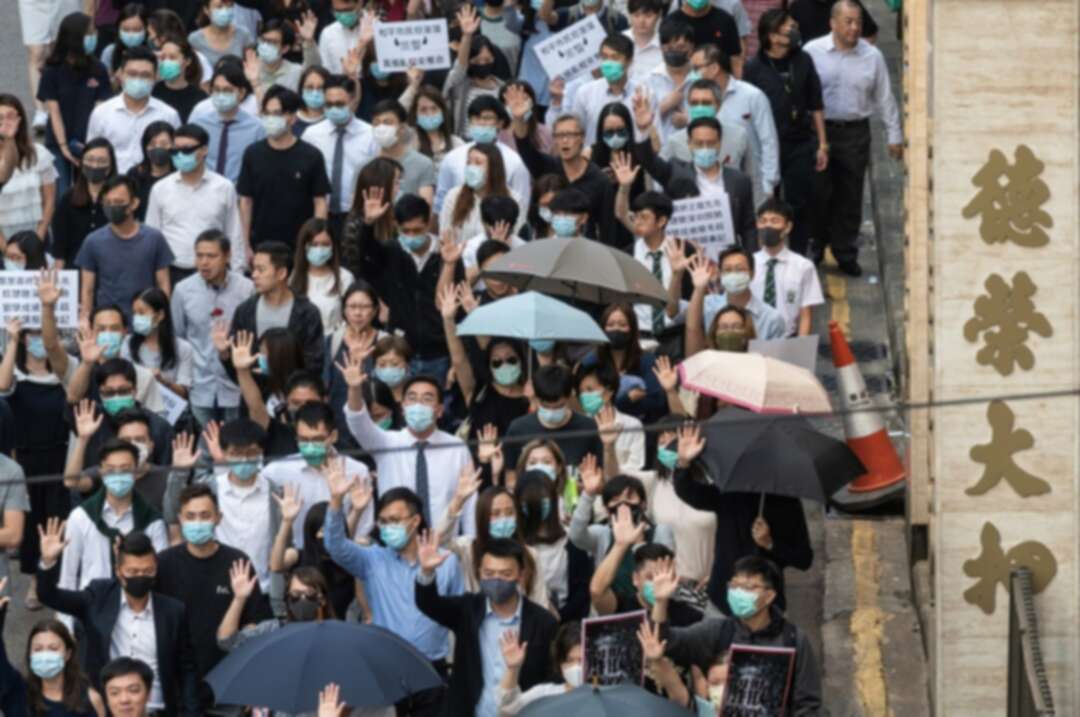 China warned Friday it would not tolerate any challenge to Hong Kong's governing system, as it laid out plans to boost patriotism in the city and change how its leader is chosen or removed after months of pro-democracy protests.

Beijing also said it would brook no foreign interference in Hong Kong affairs as it discussed the unrest in the semi-autonomous city at a major, four-day meeting of the Communist Party chaired by President Xi Jinping, according to a senior party cadre.

The central government in Beijing has so far voiced its confidence in Hong Kong chief executive Carrie Lam and the city police to put a lid on the increasingly violent protests.

But all eyes have been on whether the party leadership will assert more control over the situation if the demonstrations spin out of control.

The former British colony has been rocked by months of protests with citizens lampooning the city's pro-Beijing leaders and erosion of basic rights.

Shen Chunyao, director of the Hong Kong, Macau and Basic Law Commission, said party leaders at the meeting in Beijing agreed to "further improve the central government's system of governance over the region" and maintain its "long-term prosperity and stability."

China, he added, would "never tolerate any act" that aims to split the country or endanger national security.

Elements of the People's Armed Police were deployed over the summer in Shenzhen, the city bordering Hong Kong, fuelling speculation that Beijing might be prepared to intervene if necessary.

The paramilitary group was seen conducting drills with assault rifles fitted with bayonets at a sports stadium in Shenzhen on Thursday.

Hong Kong's chief executive is not directly elected, a source of major friction and a headache for the leaders themselves because they have no popular mandate.

Currently the city's leader is chosen by a 1,200-strong committee that is stacked with Beijing loyalists.

Shen said the party leaders discussed ways "to improve the mechanism of appointing and removing the chief executive and key officials of the Special Administrative Region by the central government."

The legal system of the city will also be improved to "safeguard national security," he said, without providing more details.

"Hong Kong people have been let down all too often on that issue so I think we can just ignore that 'improvement'," she told AFP.

"We're asking for one man, one vote, minus Beijing's interference."

"It's to make sure the next chief executive carries out Beijing's orders more effectively that Carrie Lam has done," he told AFP.

"It has nothing to do with democracy."

Shen said China's communist leaders want "patriots to form the main body" of those selected to govern both Hong Kong and Macau.

Wong, one of the most prominent figures in the otherwise leaderless pro-democracy movement, accused the Hong Kong government of "political screening" after an election officer ruled his nomination for the November poll invalid.

Lecturer Leung Kai-chi, of the Chinese University of Hong Kong, said changes or improvements would not help unless coupled with an increase in public trust.

"It will be self-deceiving if the improvements do not address the recognition issue but merely reiterate the qualifications of the one chosen by the authorities."

The party elite decided this week to step up patriotic education as a way to curb youth-led protests.

Hong Kong officials and teenagers should learn about the constitution, Shen said.

The party also wants to "strengthen the national consciousness and patriotism of Hong Kong and Macau compatriots through the education of history and Chinese culture," he said.

Beijing had previously tried to beef up patriotic education in 2012, resulting in a huge backlash from Hong Kong students.

"Hong Kongers will not take this issue lying down," said Mo, referring to new moves to add Communist Party propaganda to the curriculum.