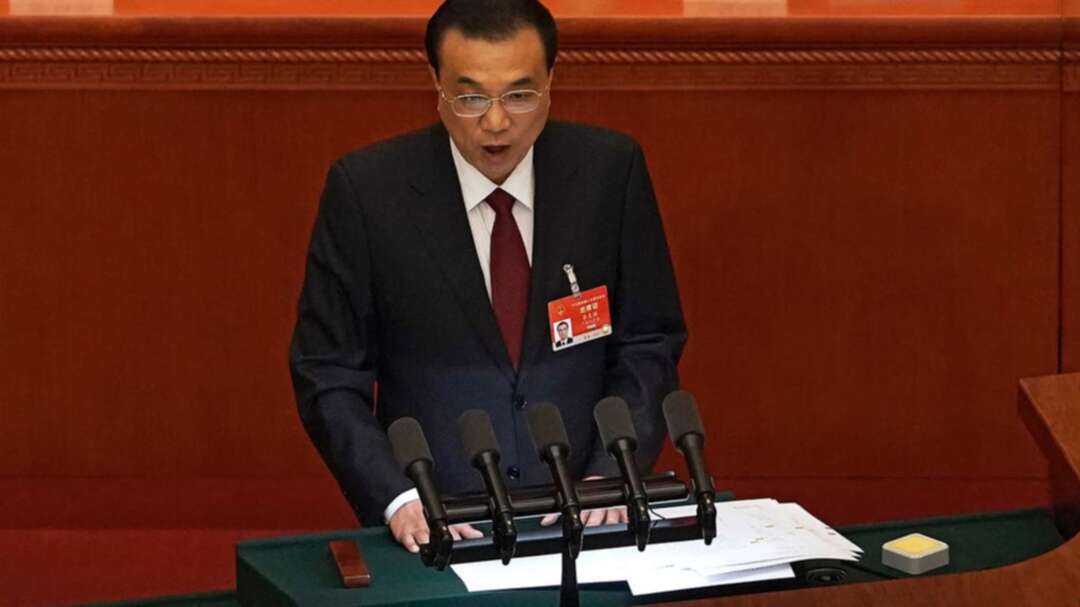 Chinese Premier Li Keqiang delivers a speech during the opening session of China's National People's Congress (NPC) at the Great Hall of the People in Beijing, Friday, March 5, 2021. (AP)

China will resolutely deter any separatist activity seeking Taiwan’s independence but is committed to promoting the peaceful growth of relations across the Taiwan Strait and China’s “reunification”, Premier Li Keqiang said on Friday.

China, which claims democratic Taiwan as its own territory, has increased its military activity near the island in recent months, responding to what it calls “collusion” between Taipei and Washington, Taiwan’s main international backer and arms supplier.

Speaking at the opening of the annual meeting of China’s parliament, Li said Beijing stands by the “one China” principle, which states that Taiwan is part of China.

China remains committed “to promoting the peaceful growth of relations across the Taiwan Strait and China’s reunification”, he told the roughly 3,000 delegates at Beijing’s Great Hall of the People.

“We will promote exchanges, cooperation and integrated development across the Taiwan Strait. Together we can shape a bright future of rejuvenation for our great nation.”

Taiwan’s Mainland Affairs Council responded by urging China to begin “benign” interactions with it to gradually resolve disagreements through communication, adding they would continue to defend Taiwan’s sovereignty, democracy and freedom.

“Healthy and orderly exchanges are better than enforced pressure on Taiwan,” it said.

Most Taiwanese people have shown no interest in being ruled by autocratic China, and have also strongly supported anti-government protests in Chinese-run Hong Kong.

Taiwan President Tsai Ing-wen was re-elected by a landslide last year on a promise of defending the island’s democracy and standing up to China.

China believes Tsai wishes to push for Taiwan’s formal independence, a red line for the Chinese government which has never renounced the use of force to bring the island under Beijing’s control.

Tsai says Taiwan is already an independent country called the Republic of China, its formal name.