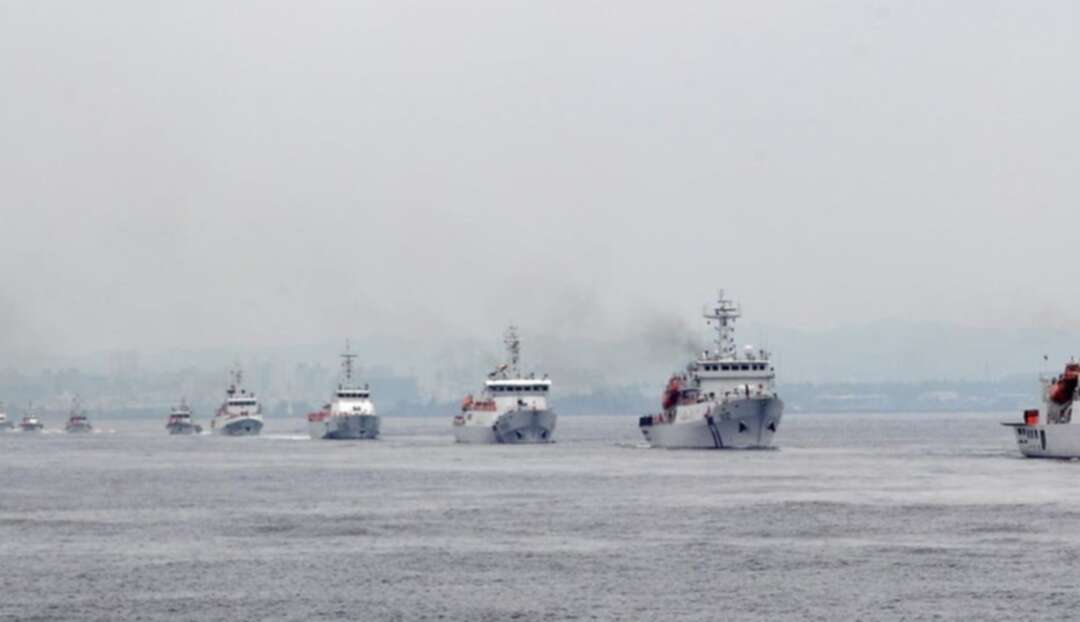 China is holding naval drills involving an aircraft carrier battlegroup near Taiwan it says are aimed at safeguarding Chinese sovereignty, an apparent reference to Beijing’s claim to the self-governed island.

The navy said the exercises involving the Liaoning, one of its two aircraft carriers, are routine and assigned under an annual schedule. China has been steadily increasing its threat to take control of the island militarily with exercises and incursions into the island’s air defense identification zone by Chinese warplanes.

In a statement late Monday, the navy did not say when the exercises began or how long they would last, but said more such drills will be held in the future.

It said the exercises aim to “assist in improving the ability to safeguard national sovereignty, security and development interests,” terms often interpreted as being directed at Taiwan’s democratically elected government, which has refused to give in to Beijing’s demands that it recognize the island as part of Chinese territory.

China operates two aircraft carriers, of which the Liaoning, originally purchased as a hulk from Ukraine, is the first, having been operating in a combat role since at least 2019.

US military officials and observers have recently warned of increased Chinese threats toward Taiwan, which split from the mainland during a civil war in 1949. The US has recently agreed to sell upgraded warplanes, missiles and other defensive hardware to Taiwan and the island is also revitalizing its own defense industries, particularly by starting a submarine development program.

In a move certain to anger Beijing, the US Navy said the carrier Theodore Roosevelt and its strike group had re-entered the South China Sea on Saturday to “conduct routine operations.” It is the second time the strike group has entered the waterway this year as part of its 2021 deployment to the US 7th Fleet area of operations.

While in the area, the strike group will “conduct fixed and rotary-wing flight operations, maritime strike exercises, anti-submarine operations, coordinated tactical training, and more,” the 7th Fleet said in a statement.

China claims virtually all of the South China Sea and routinely objects to the presence of foreign militaries in the area, especially the US Navy. The US Navy says it has a right to operate in international waters, emphasizing the point by sending destroyers to sail close by Chinese-held features in the area in what it calls freedom of navigation operations. Beijing considers them highly provocative.

The US presence in the area also underscores its strong alliances and other partnerships with countries from Japan to Australia.

Japanese Prime Minister Yoshihide Suga on Sunday said Japan will cooperate with the United States to calm rising tensions between China and Taiwan, saying Taiwan’s peace and stability are key to the region.