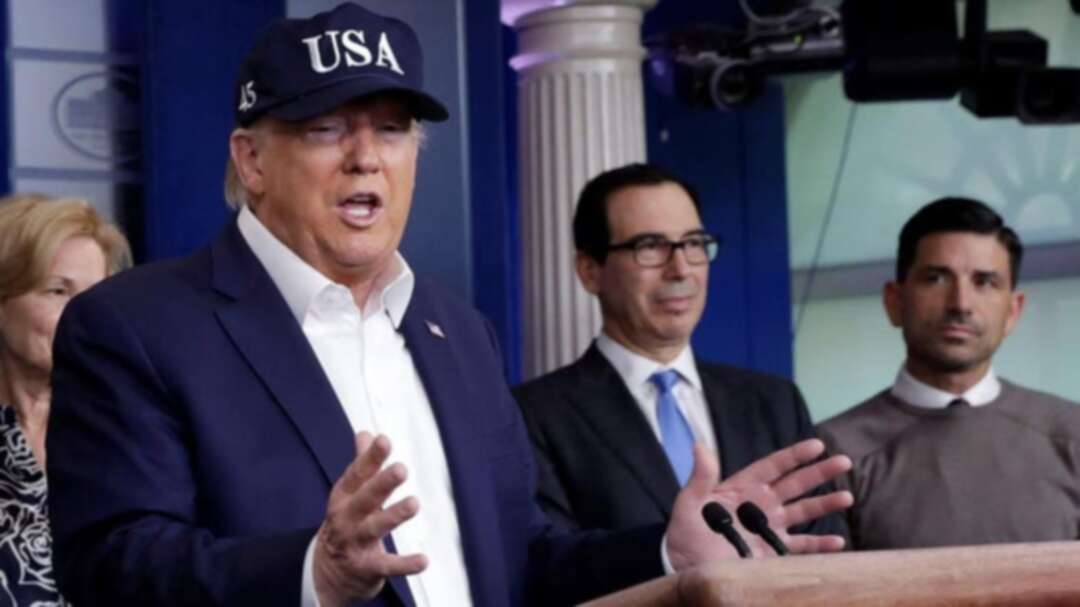 President Trump speaks at a press briefing with members of the Coronavirus Task Force at the White House. (Reuters)

China said Tuesday it was “strongly indignant” after a tweet from US President Donald Trump referred to the new coronavirus as the “Chinese virus.” Trump

Linking the virus to China is “a kind of stigmatization,” foreign ministry spokesman Geng Shuang said at a regular press briefing, adding “we feel strongly indignant and are firmly opposed to it.”

On Twitter, users criticized Trump for his words. One user said “Just when you think Trump can’t go any lower, he always finds a way.”

Trump has come under fire for his response to coronavirus, with critics pointing to his changing stance and inconsistent statements on the virus, which he at one point described as a “hoax” from the rival Democratic Party.

“The Democrats are politicizing the coronavirus,” said Trump at a political rally on February 28. “One of my people came up to me and said, ‘Mr. President, they tried to beat you on Russia, Russia, Russia.’ That did not work out too well. They could not do it. They tried the impeachment hoax. ... They tried anything. ... And this is their new hoax.”

However, some Twitter users seemed to support Trump’s categorization, with one saying the US president had called the virus “what it is” despite the cases outside of China now spreading faster than within the country.

On Tuesday, China recorded only one domestic case of coronavirus, but said that 20 more had been imported. levant

‘Communicate with the people you love’ while in coronavirus lockdown: Psychologist Europe’s Test of Resilience