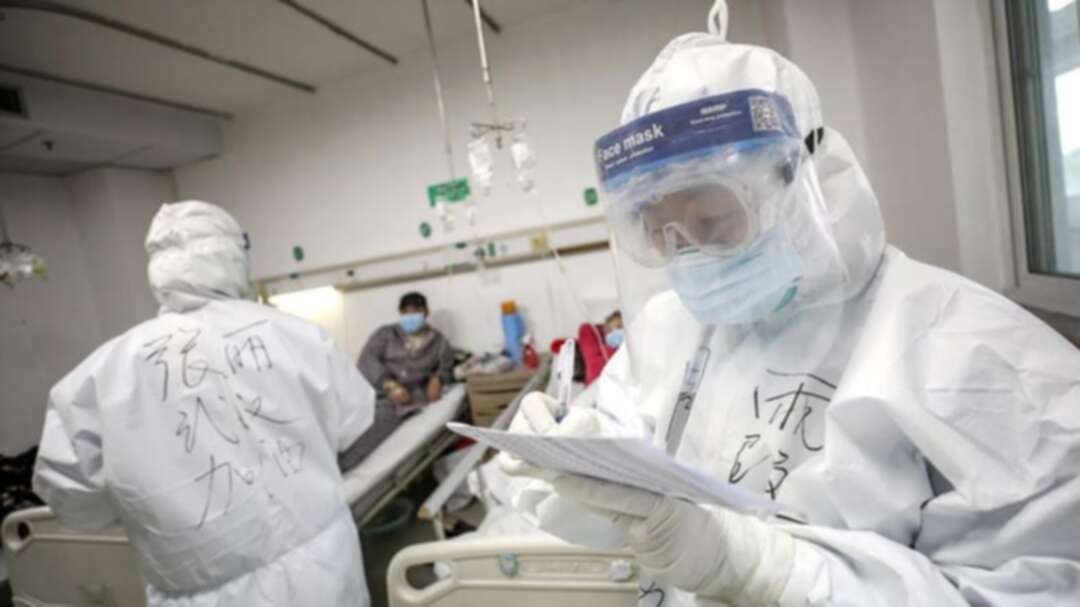 A medical worker in protective suit checks a patient's records at Jinyintan hospital in Wuhan, the epicentre of the coronavirus outbreak, in Hubei province, China. (Reuters)

About a quarter of China's new confirmed cases and almost all of those outside the epidemic's epicenter in Wuhan originated outside the country on Friday, according to official data.

Mainland China had 99 new confirmed cases of coronavirus infections on Friday, the country's National Health Commission (NHC) said on Saturday, down from 143 cases a day earlier and marking the lowest number since January 20, when the NHC started to publish nationwide figures.

Outside of central China's Hubei province, there were 25 new confirmed cases reported on March 6, of which 24 came from outside China.

Most of these were in China's northwestern Gansu province, from quarantined passengers who entered the provincial capital of Lanzhou on commercial flights from Iran between March 2 and March 5.

The capital Beijing reported four new cases on Friday, of which three came from Italy, according to a notice from the Beijing health commission posted on its official Weibo account on Saturday.

There were also three cases in Shanghai that originated abroad, and one in Guangdong province on Friday, according to the National Health Commission.

The total nationwide number of cases that originated outside China reached 60 as of the end of Friday.

For the second day in a row, there were no new infections in Hubei outside of the provincial capital of Wuhan.

That brings the total accumulated number of confirmed cases in mainland China so far to 80,651.

The death toll from the outbreak in mainland China was 3,070 as of the end of Friday, up by 28 from the previous day.

The central province of Hubei, the epicenter of the outbreak, reported 28 new deaths. In the provincial capital of Wuhan, 21 people died.