China announced family can have up to three kids 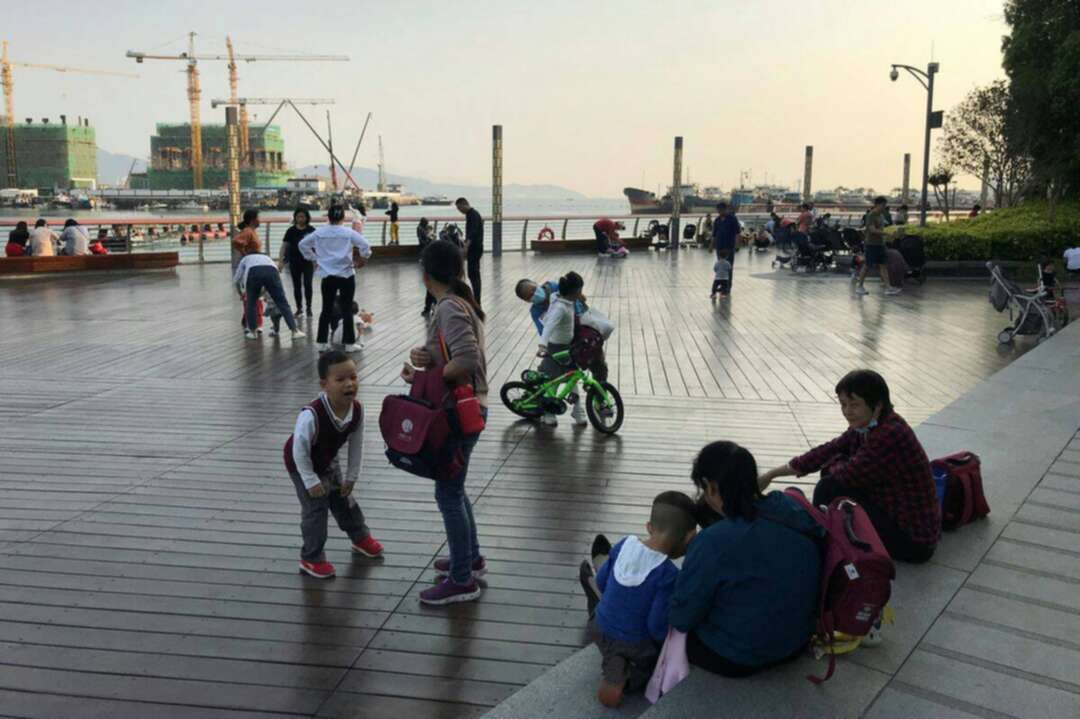 Married Chinese couples may have up to three children, China announced on Monday, in a major shift from the existing limit of two after recent data showed a dramatic decline in births in the world's most populous country.

Beijing scrapped its decades-old one-child policy in 2016, replacing it with a two-child limit to try and stave off risks to its economy from a rapidly aging population. But that failed to result in a sustained surge in births given the high cost of raising children in Chinese cities, a challenge that persiststo this day.

The policy change will come with "supportive measures, which will be conducive to improving our country's population structure, fulfilling the country's strategy of actively coping with an ageing population", the official Xinhua news agency said following a politburo meeting chaired by President Xi Jinping.

Among those measures, China will lower educational costs for families, step up tax and housing support, guarantee the legal interests of working women and clamp down on "sky-high" dowries, it said, without giving specifics. It would also look to educate young people "on marriage and love".

China had a fertility rate of just 1.3 children per woman in 2020, recent data showed, on par with ageing societies like Japan and Italy and far short of the roughly 2.1 needed for replacement level.

"People are held back not by the two-children limit, but by the incredibly high costs of raising children in today's China. Housing, extracurricular activities, food, trips, and everything else add up quickly," Yifei Li, a sociologist at NYU Shanghai, told Reuters.

"Raising the limit itself is unlikely to tilt anyone's calculus in a meaningful way, in my view."

Zhang Xinyu, a 30-year-old mother of one from Zhengzhou, the capital of Henan province, said the problem was that women bore most of the responsibility for raising children.

"If men could do more to raise the child, or if families could give more consideration for women who had just had children, actually a lot of women would be able to have a second child," she told Reuters.

"...But thinking of the big picture, realistically, I don't want to have a second child. And a third is even more impossible."

In a poll on Xinhua's Weibo account asking #AreYouReady for the three-child policy, about 29,000 of 31,000 respondents said they would “never think of it” while the remainder chose among the options: "I'm ready and very eager to do so", "it's on my agenda", or “I'm hesitating and there's lot to consider”.

The poll was later removed.

Early this month, a once-in-a-decade census showed that the population grew at its slowest rate during the last decade since the 1950s, to 1.41 billion, fuelling concerns that China would grow old before it gets wealthy as well as criticism that it had waited too long to address declining births.

"This is without a doubt a step in the right direction, but still it's a bit timid," Shuang Ding, chief economist at Standard Chartered in Hong Kong, told Reuters.

"A fully liberalised birth policy should have been implemented at least five years ago, but it's too late now, although its better late than never," he said.

China's politburo also said on Monday that it would phase in delays in retirement ages, but did not provide any details.

Fines of 130,000 yuan ($20,440) were being imposed on people for having a third child as of late last year, according to a government notice in the city of Weihai.

Fearing a population explosion, in 1979 China implemented its one-child policy, which succeeded in curbing population growth but also led to coerced sterilisations and sex-selective abortions that exacerbated a gender imbalance as many parents preferred male children.

A study published earlier this year by academics from Hangzhou University found that the two-child policy encouraged wealthier couples who already had a child and were "less sensitive to child-rearing costs", while driving up the costs of child care and education and discouraging first-time parents.

Su Meizhen, a human resources manager in Beijing, said she was "super-happy" to be pregnant with her third child.

"We won't have to pay the fine and we'll be able to get a hukou," she said, referring to the urban residence permit that enables families to receive benefits including sending their children to local public schools.