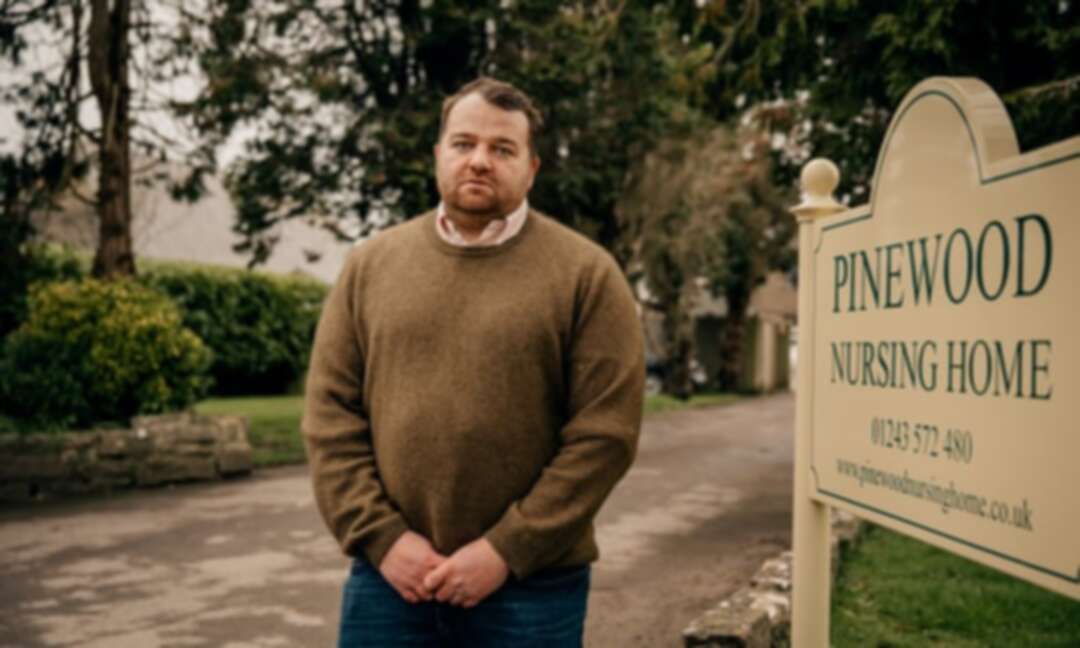 Lawrence Marsh, the owner of Pinewood nursing home: ‘It has been heartbreaking.’

Ashort two-mile drive past the creeks of Chichester Harbour is all that separates the Pinewood nursing home in Chidham from a similar facility in a neighbouring village. But their experiences of the campaign to vaccinate the most vulnerable could not have been more different. The two homes exemplify what has become a postcode lottery in parts of England in which the winners gain immunity from Covid and the losers are left without protection from the deadly disease.

Lawrence Marsh, the owner of Pinewood, which sits on the far western edge of West Sussex, had been expecting his residents to receive their jabs before Christmas after the government’s vaccination experts made care home residents and staff the top priority. But the doses did not come and on 6 January the news he had feared arrived: a positive Covid test in the home. The virus spread predictably fast and 14 of the 24 residents have now tested positive and seven have died. Others remain seriously ill and Marsh is worried the worst may not be over.

By contrast, just over the border in Hampshire, the other home, which has asked not to be named, has fared very differently. Its 32 residents and some of the staff were vaccinated on 1 January and the home has remained Covid-free.

Both Marsh and the manager of his neighbouring home believe the same thing: the reason behind their different treatments is simply that they are in different counties and the GPs who have medical responsibility for their residents are therefore in different NHS clinical commissioning areas.

“The reason we received our vaccine was because our GP practice is in Hampshire,” said the manager of the other home. Asked about the neighbouring facility, he said: “I can’t begin to imagine how they are feeling. My heart goes out to them.”

To make things worse, until last year some of Marsh’s residents were registered to the same Hampshire GP practice used by the neighbouring home. But they were transferred to one in West Sussex to simplify treatment and medical support during the pandemic. Marsh describes it as “a postcode lottery” with some health authorities administering the vaccine faster than others. Marsh said four of his residents were finally inoculated on Sunday.

“It has been heartbreaking,” he told the Guardian. “I am not jealous but it’s really sad that one home two miles away gets it and we don’t because their county got their act together quicker. If we had been vaccinated then things would have been 100% different and it would have given everyone much more of a chance.”

HC One, the UK’s largest private care home operator, said on Wednesday less than 40% of its staff had been vaccinated as well as 63% of residents – the same proportion that the health secretary, Matt Hancock, said had been delivered across England.

Marsh also believes the outbreak may have been exacerbated by the home’s use of lateral flow tests for staff which, although mandated by the Department of Health, he fears may have created a false sense of security. After the first positive test, they decided to move staff into the home to reduce the risk of transmission. Before they went in they tested negative on lateral flow tests, but 36 hours later, four of the staff who had tested negative tested positive on a PCR test.

Research based on the use of Innova lateral flow tests has shown that they fail to detect a third of cases with high viral load.

One of those people who caught Covid was John Nettleton, 86, a father of two with four grandsons who had studied ancient languages and Russian at Cambridge, served in the navy, worked at the National Coal Board and volunteered for the Samaritans in retirement. He died from Covid on 10 January.

“I feel devastated and cheated of the final months of my dad’s precious life,” said Sally Nettleton, his daughter. She said that after “heartbreaking” months of separation, not being able to hold his hand and only being able to communicate with him at a distance or through screens, the vaccine had been “a glimmer of optimism to be able to be reunited with him this year”.

“It has been a year of relentless worry,” she said. “The vaccine was a ray of hope in early December and we were optimistic we would finally be able to spend time with dad ‘properly’ in 2021. But five weeks of waiting and then a Covid outbreak in his home has ended with my father’s passing.”

Now her mother, Margaret, has the virus too. She was infected, the family suspect, during her end-of-life visit to her husband the day before he died. She went into his ground-floor room while his daughters stayed outside and looked through the window.

“Covid doesn’t recognise counties or borders and if nursing homes were supposedly the number one priority for protection the rollout planning should have been organised by sectors not postcodes,” Nettleton said. “If there is vaccine available close by it should have been shared through all the care homes not restricted by bureaucratic authorities. This would save lives.”