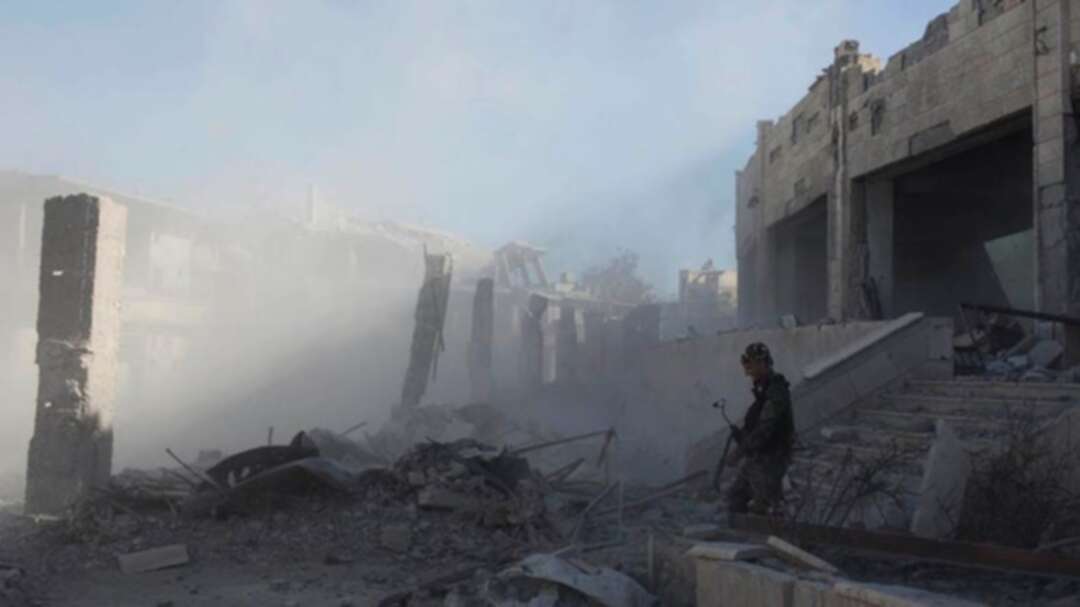 File photo of a member of the Syrian Democratic Forces (SDF) defusing a bomb left by ISIS militants at the stadium in the city of Raqqa, Syria. (AP)

At least 10 people were killed and 20 others injured on Saturday in a car bomb blast in the Syrian border town of Tal Abyad controlled by Turkish forces, Syrian state media reported.

The reports stated that the injured were taken to the city hospital, adding that the death toll could rise due to some who suffered serious injuries.

Areas controlled by regime forces in northern Raqqa in the past few days have witnessed nine similar explosions. The SANA news agency also reported that Turkish forces have waged a “violent attack” on Ayn Eissa in the northern countryside of Raqqa on Saturday.

In a statement on Facebook, the Autonomous Administration of North and East Syria (NES) said that Turkish forces and their factions “continue to violate the ceasefire agreement and occupy more of our areas.”

They said that the attack on Ayn Eissa displaced thousands and “exacerbated the humanitarian crisis.”

“Erdogan continues to use the Syrian refugee's card as a bargaining chip for political investments,” the statement read.

They called on the EU and all countries to clarify their position and impose sanctions on Turkey.

Internet returns in 10 Iranian provinces after shutdown over protests S. Korea’s Kang says to discuss wartime issues with Japan, but ‘not much time left’