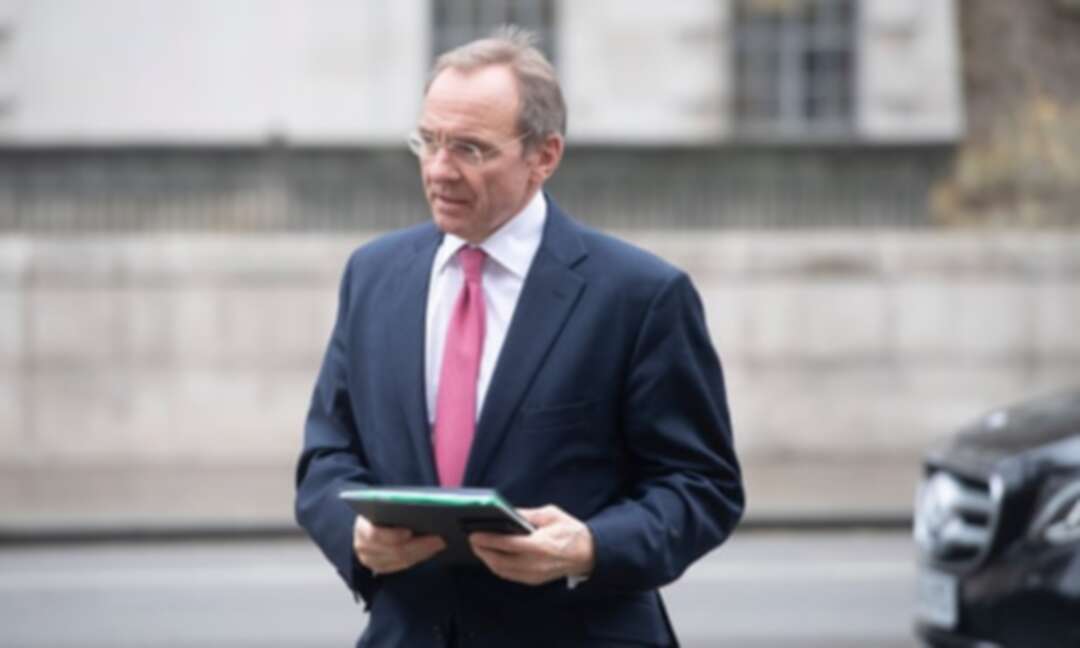 Among experienced civil servants, they were jokingly referred to as “the insurgents” – a group of executives lured from the private sector by David Cameron’s government to shake up Whitehall.

But now that same group is under intense scrutiny amid a growing row about the influence of lobbyists and business on senior Cabinet Office officials once held up as impartial and untouchable.

At least four of the senior civil servants brought in by former Cabinet Office minister Francis Maude between 2010 and 2015 are among those who were allowed to keep second jobs in the private sector, it has emerged this week.

The revelation that Bill Crothers, a former head of Whitehall procurement, became an adviser to the finance firm Greensill Capital in 2015 while still working in the civil service caused criticism and fuelled fears that other mandarins may have been paid for external roles that could present a conflict of interest. lobbyist influence

John Manzoni, chief executive of the civil service, was allowed to keep a £100,000-a-year job for seven months as a non-executive director for the drinks company SABMiller. He was brought in to Whitehall by Maude in February 2014, before being swiftly promoted.

A third senior civil servant, Stephen Kelly, joined the government as adviser to the commercial management board from the private sector in September 2010. He then took on a salaried civil service role as the government’s chief operating officer in September 2012 and was also head of the Cabinet Office’s Efficiency Reform Group. Between December 2010 and November 2012, he was director of three tech companies, Companies House records show. Kelly told the Telegraph he was not remunerated for any of the roles.

Then on Thursday the Guardian disclosed that the former Morgan Stanley banker David Brierwood was brought into government as an adviser during Cameron’s administration in 2014, the same year Greensill’s founder Lex Greensill apparently took on a similar role as crown representative. Two months later, Brierwood was recruited to join Greensill Capital’s board as a director.

As criticism mounted over Crothers’ dual roles, and their approval by the Cabinet Office, Maude launched a staunch defence not just of the former procurement chief but his fellow incoming directors.

After the coalition government was formed in 2010, Maude was given the Cabinet Office brief and threw himself into it with zeal, ex-colleagues recollect. The former shadow chancellor appeared to have something to prove. Overlooked for a great office of state, his was a non-voting cabinet post, but Cameron had given him a free reforming hand.

Maude assembled a team of people around him, including Simone Finn – who is now Boris Johnson’s deputy chief of staff and was managing director of the advisory firm Francis Maude Associates – and Henry Newman, currently a special adviser in No 10.

Maude let it be known that their arrival was part of a plan to bring in new blood with experience of the markets to transform Cabinet Office working methods and streamline costs. The reforms included overhauling the commercial function of government, establishing the Major Projects Authority and setting up the Government Digital Service.

But then came the snag: how does a government lure highly paid private sector executives during an austerity programme where they are paid so much more than civil servants?

Part of the answer, or so former colleagues allege, was for someone within government to dispose of the previous convention that civil servants should not take private sector second jobs.

It also seems to have been done with the full knowledge of the department. When the Guardian pointed out in 2014 that Manzoni was still being paid to work for SABMiller, the Cabinet Office released a statement saying he could keep his role because the government was satisfied it was not a conflict of interest.

Dave Penman, the head of the FDA union which represents senior civil servants, said that the government was caught in a bind: it wanted to bring in big-hitting executives while sticking by an austerity pledge to hold down public sector pay.

“The approach of government at that time was defined by two contradictory obsessions, greater commercial skills – mainly being brought in from the private sector – and restricting public sector pay. Government had champagne tastes, but lemonade money.

“It was inevitable then that those who came in from the private sector, taking huge pay cuts, would be moving back there once they’d gained some public sector experience and that they would want to retain some of those commercial interests and connections,” he said.

Their “insurgents” nickname was coined because of the new recruits’ apparent fervour as they sought to transform Whitehall’s methods. There were, at times, clashes between senior staff.

One insider said: “Maude’s team and the insurgents were on a mission and were forcing through changes at a rapid pace. The civil service culture inevitably clashed with a more aggressive City culture, and it was not always pretty.”

Crothers, a Belfast-born accountant who had previously worked for the outsourcing firm Accenture, was known to employ a particularly bullish attitude towards suppliers he believed were ripping off taxpayers. lobbyist influence

Following one row with the tech firm Hewlett-Packard over charges which Crothers decided were too high, global executives from the US-based firm complained, forcing Sir Jeremy Heywood, the former cabinet secretary, to smooth over tensions. “No one minded – Bill was doing his job,” a source said.

Other veterans of the coalition era recall a wider culture of close links to business. Ed Davey, now the Liberal Democrats leader, who was energy secretary alongside the Conservatives from 2012 to 2015, said significant lobbying went on.

One example, Davey said, was the then-head of British Gas, Sam Laidlaw. “You got a sense he was in and out of No 10. He’d come and talk to me as energy secretary, I’d tell him ‘no’ over something, and he’d clearly go to Tory ministers – you’d hear the arguments coming back to me two weeks later from the ministers,” said Davey.

It was also clear that senior civil servants talked to business, Davey added. “When I called for the break-up of British Gas I hadn’t told them, and deliberately, because I knew they would have tried to stop me.”

Many in Whitehall remain shocked by the disclosures and await results which will shed light on whether there has been a major change in culture since Cameron’s premiership.

Penman said there has been a fundamental shift since then – “they went from being an austerity government to a spending government following Brexit, so the pressure to save money whilst hiring people with particular skills has subsided” – but Johnson’s government will be braced for revelations that bring the lobbying and revolving doors scandal even closer to home. lobbyist influence