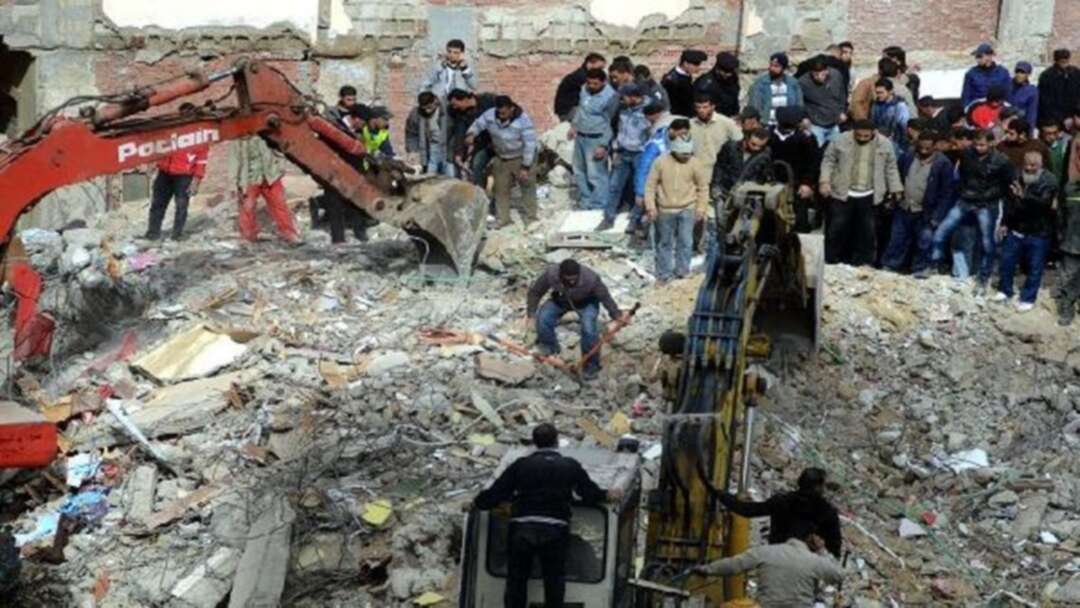 Egyptian civilians and emergency services sift through the rubble of a building in the Maamura district of Alexandria which collapsed in the early hours on January 16, 2013. (AFP)

By late morning, rescue workers were still searching for possible survivors trapped under the rubble of the two-story building in the Roud el-Farag neighborhood of the Egyptian capital. A fire engine ladder was used as rescuers tried to enter the part of the building that was still standing.

The three dead were all from one family, the state-run Al-Ahram daily reported.

An injured six-year-old child was pulled out from under the rubble and taken to hospital, said the officials, speaking on condition of anonymity because they were not authorized to talk to the media.

Police cordoned off the area, keeping back onlookers and those who were apparently looking for relatives in the building.

It was not immediately clear what had caused the collapse. It is not uncommon for buildings to collapse in Egypt, where shoddy construction is widespread in shantytowns, poor city neighborhoods and rural areas.

In December, five people were killed when an apartment building collapsed in Alexandria.

The government has recently launched a crackdown on illegal construction across the country, jailing and fining violators, and in many cases demolishing the buildings.