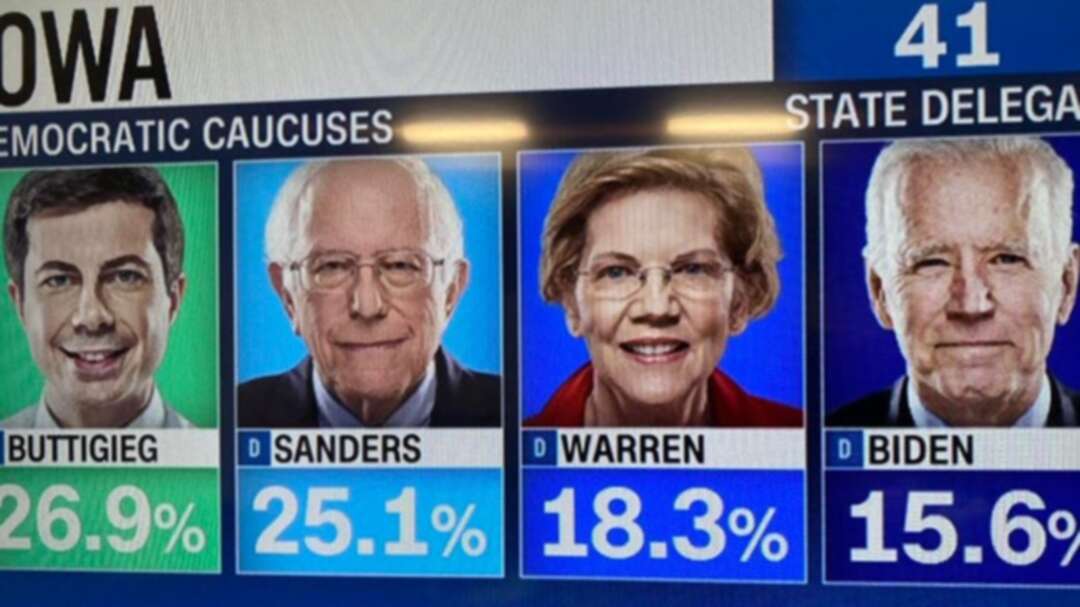 Pete Buttigieg took the lead in the first batch of long-delayed results from the chaotic Iowa Democratic Party caucuses on Tuesday, and former Vice President Joe Biden trailed badly in fourth place with about 62 percent of precincts reporting.

US Senator Bernie Sanders was in second place and US Senator Elizabeth Warren in third in the first results, released nearly 21 hours after Iowans poured into more than 1,600 public locations to begin the five-month process of picking a challenger to Republican President Donald Trump.

Sanders was ahead in the popular vote, which is not used to determine the delegates who will cast ballots at the Democratic National Convention in July.

It was a clumsy start to 2020 voting, after a bad-tempered presidential campaign four years ago was hit by accusations of hacking and disinformation that led to a two-year federal investigation into election meddling by Russia.

Officials blamed inconsistencies related to a new mobile app used for vote counting for the unusual delay in Iowa, the state that traditionally kicks off a US presidential election campaign that culminates this year on November 3.

The uncertainty enraged Democrats worried it would only strengthen Trump’s bid for re-election and prompted some Democratic candidates’ campaigns to question whether the results would be legitimate.

“As the leader of the party I apologize deeply for this,” Iowa State Party Chairman Troy Price told reporters. “We’ve been working day and night to make sure these results are accurate.”

Republicans asked how Democrats could run the country if they could not conduct a caucus, while Trump mocked the Democrats on Twitter, calling the delay an “unmitigated disaster.”

Before the results were released, campaign aides for Biden cited gross failures in the caucuses.

“What we’re saying is there are some inconsistencies, that the process, the integrity, is at stake. And the Iowa Democratic Party needs to check that data, check it again, check it a third time, check it a fourth time because it’s important to get it right,” Biden campaign senior adviser Symone Sanders told reporters.

“It looks like a disorganized mess,” said Jessica Leonard, 41, who runs a food truck in Winterset, Iowa, and normally votes Democratic.