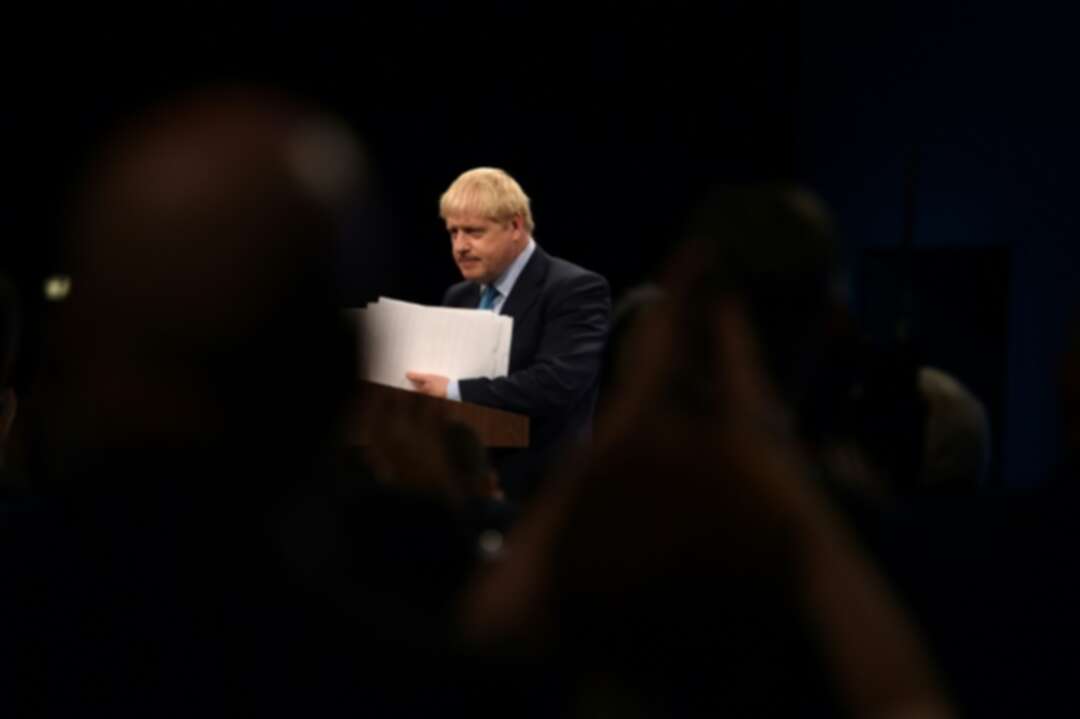 Prime Minister Boris Johnson prepared to Monday make a second attempt to ram his EU divorce deal through parliament and avoid the political damage of delaying Brexit next week.

Another momentous week in the tortuous saga could end with Johnson engineering a divorce from Brussels that breaks many of the island nation's economic relations with Europe after 46 years.

British lawmakers dealt a dramatic blow to Johnson's Brexit plan at the weekend by refusing to give their backing to his revised withdrawal agreement until the legislation needed to ratify it has passed.

His foes are now forging new alliances and trying to attach amendments that could either force Johnson to accept closer trade ties -- or abandon the deal and accept a third delay this year.

The option of extending the three-and-a-half year crisis past the October 31 deadline is now in the hands of the 27 remaining EU member states.

Johnson, who took office vowing to deliver Brexit on schedule, was mandated by UK lawmakers Saturday to send a letter to Brussels asking for more time.

The British leader ended up sending three letters on Saturday night. The only one he actually signed said an "extension would damage the interests of the UK and our EU partners" and that he was firmly against it.

The manoeuvre is designed to minimise the political damage of Johnson going back on his word and seeking an extension ahead of an early general election most expect in the coming months.

The top civil court in Scotland will hear a challenge Monday on whether Johnson's half-hearted request broke the law.

But EU officials were still making preparations for Britain to leave in 10 days' time.

"The EU is keeping all options open and has therefore initiated the ratification process so that it can be handed over to the European Parliament on Monday," an EU diplomat told AFP.

Johnson's first effort to get parliamentary backing for the deal he sealed against heavy odds last Thursday in Brussels was scuttled at a very rare Saturday sitting of MPs.

Lawmakers pushed through an amendment obliging a furious Johnson to ask for an extension until the British legislation governing the withdrawal is drafted and passed.

The step was designed to cut off the possibility of Johnon following through on his repeated threat to take Britain out at any cost at the end of the month.

Analysts said the process -- even when fast-tracked -- would normally take several weeks.

House of Commons Speaker John Bercow might tell Johnson on Monday that he cannot bring what is effectively the same legislation back for a second vote.

This would switch the focus on the government's attempt Tuesday to get lawmakers to support domestic legislation in the accompanying Withdrawal Agreement Bill.

Success or failure then would set the course for the coming week and largely determine whether Johnson's will get his October 31 divorce.

But the deck against Johnson seems stacked.

The main opposition Labour Party is trying to create a cross-party alliance that would back Johnson's deal on the condition that it is fixed to keep Britain in a customs union with the EU.

Johnson and his supporters say this would kill the point of Brexit by keeping Britain tied to Europe and unable to strike its own trade deals with powers such as China and the United States.

Labour is trying to create a quick marriage of convenience with Johnson's nominal allies in Northern Ireland's Democratic Unionist Party.

The DUP broke ranks and voted against Johnson's agreement Saturday because it created new trade regulations for goods moving between Northern Ireland and the rest of the UK.

A customs union would avoid that.

The Brexit-supporting DUP appeared open to the suggestion after rejecting another amendment backed by Labour that would put up any eventual deal for a confirmatory referendum.

Hundreds of thousands rallied in London on Saturday demanding a second national vote on Brexit that could overturn the 2016 EU referendum's results.