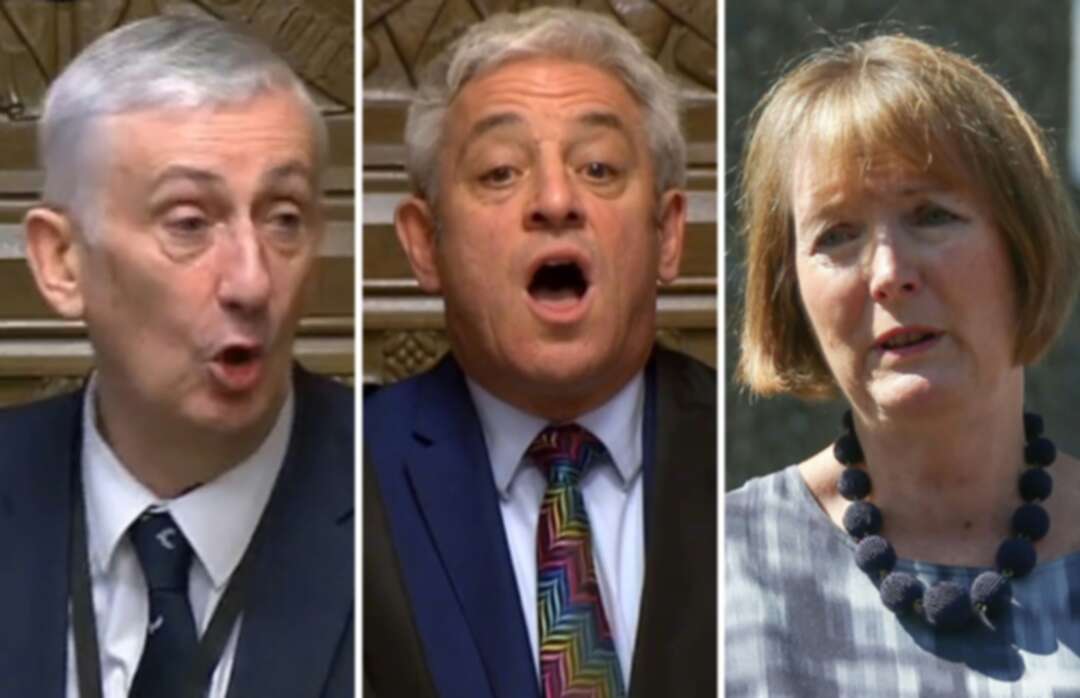 British MPs on Monday selected veteran Labour lawmaker Lindsay Hoyle to be parliament's new speaker, replacing John Bercow in a role once little-noticed but now reshaped by the fractious turmoil over Brexit.

Hoyle, a Labour MP for 22 years and Bercow's deputy since 2010, beat out six other contenders in a protracted day of voting in the House of Commons, winning the support of 325 of 540 members of parliament in a fourth and final round of votes.

Bercow, whose shouts of "Order! Order!" have rung out across the famous chamber since June 2009, stood down on Thursday, having enraged the ruling Conservatives with a series of decisions they saw as trying to stymie Brexit.

The 56-year-old vehemently denied ever taking sides in the parliamentary tumult over Britain's stalled withdrawal from the European Union, but earned praise from pro-Europeans and a global following with his rulings and outsized personality.

Hoyle, the favourite to fill his shoes ahead of Monday's vote, won the first three rounds of voting -- knocking out political heavyweight Harriet Harman, the longest-serving female MP -- but each time fell short of the required absolute majority.

But in a last round of voting which pitted him against fellow Labour MP Chris Bryant, he finally garnered 60 percent of lawmakers' votes.

"It's about the challenges ahead for me and this chamber," Hoyle told MPs after being dragged to the speaker's elevated green chair, in keeping with parliamentary tradition.

"We've got to make sure that tarnish is polished away," he added, in reference to recent rancour in the House of Commons largely over Brexit.

Welcoming him to the role, Prime Minister Boris Johnson said: "Over the years I have observed that you have many good qualities."

Johnson added Hoyle would bring his "signature kindness and reasonableness to our proceedings."

However, Hoyle will not have too long to get comfortable as parliament will be dissolved late Tuesday for the December 12 election, after which he will return to sit in the speaker's green chair.

The new speaker will now give up his party affiliation while rival parties are traditionally not expected to field a candidate to contest his seat in elections.

Chosing a new speaker has been an unremarkable event in the past, but Bercow became a key player in the chaotic process of Britain's exit from the European Union.

With the Commons divided over how, when and even if Brexit should happen, Bercow oversaw more than three years of crucial debates that defined the course of Brexit.

His supporters say he has empowered ordinary MPs by granting time for emergency debates and amendments, which had the effect of pressuring or even tying ministers' hands.

But critics accused him of subverting centuries of parliamentary tradition with the aim of frustrating Brexit.

Bercow, who was a Conservative MP before he took on the politically neutral role of speaker, has also been accused of failing to tackle a culture of bullying.

But it was his colourful personality and eccentric performances in parliament that gave him an international profile.

A social media mash-up by German television of footage of Bercow calming rowdy MPs has been seen more than a million times. A Belgian newspaper called him "irreplaceable".

If Johnson succeeds in his goal of winning a majority in the December election -- as opinion polls suggest -- the next speaker's job could be fairly straightforward as chair of debates.

But if he fails and there is another minority government, the new arrival will have to arbitrate between yet another group of divided MPs.

As a veteran Labour MP and as Bercow's deputy Hoyle has often sat in the speaker's chair in his place, when his distinctive Lancashire accent would grace the Commons.

The 62-year-old is as unimpressed as his predecessor by the shouting and braying from MPs, once chastising Scottish Nationalists for humming the EU anthem "Ode to Joy" in the chamber.

Hoyle pledged in an interview published in the Sunday Times -- in which he introduced his parrot "Boris" -- to repair what he claims has become a "toxic parliament".

"I don't want the abuse of each other and I think we have got to close that down quickly and make sure it is a calmer place to be," he said.

Bryant, an openly gay former Church of England vicar, was a surprise finalist in the contest, winning 213 of the 540 votes in the last round.