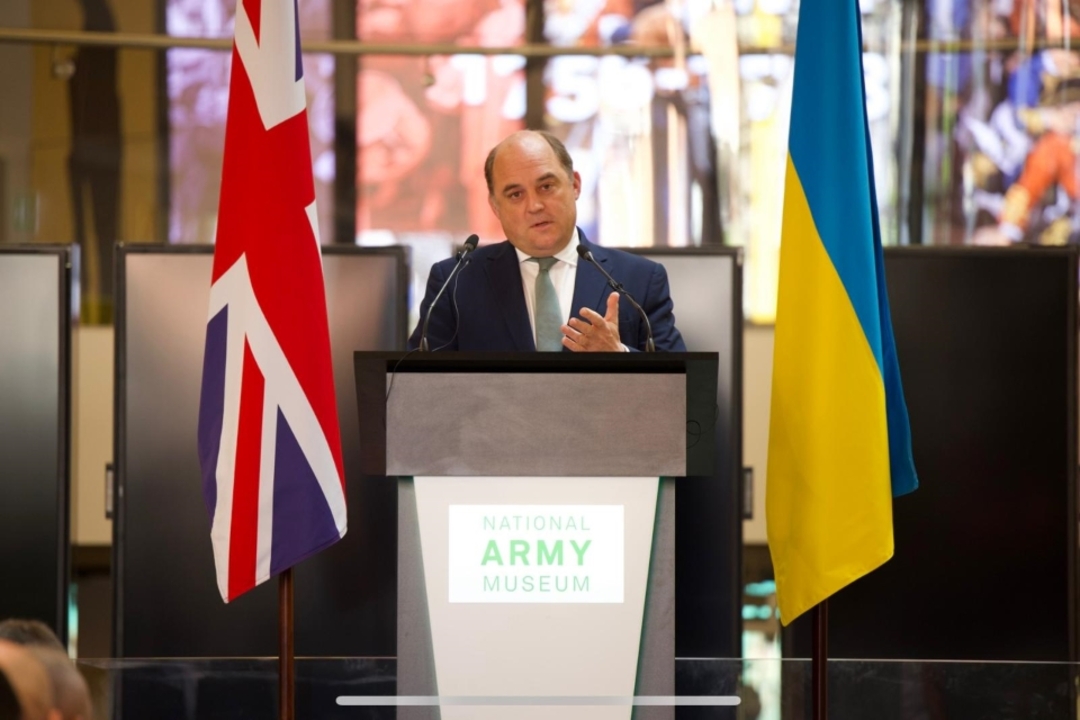 British Defence Secretary Ben Wallace has said Russia will be worried and disappointed by the loss of a strategically key city in the south of Ukraine, and warned it may mean "more cannon fodder" is on the way.

He urged "caution" when considering the jubilant scenes on the streets of Kherson, as Ukrainians celebrated Moscow's withdrawal from the only regional capital captured by Russian President Vladimir Putin's army during the invasion to date.

"History will remind you that Russia can be brutal to their own," he said.

"If they need more cannon fodder, that is what they'll be doing."

"We see that today they announced children in schools are going to be trained, and that's the type of regime we're up against," Wallace said.

Speaking to broadcasters in Westminster, he said Russia's retreat from Kherson "shows remarkable capability by Ukraine", noting: "It basically begs the question to the Russian population, effectively: What was it all for?"

He added it is up to the Ukrainians to decide "when and how" they negotiate with their neighbour, should they choose to do so.

Asked if now is the right time for talks, given Ukraine's strong position, Wallace said: "First of all, I don't think we should be grateful when the thief gives back stolen goods – and that's effectively what Russia has done.

Liberation of Kherson sparks outpouring of joy and tears in Kyiv

"Now it's going to sort of go around the world trying to say everyone should be grateful for that. No, they shouldn't, Russia shouldn't have done it in the first place in February.

"I think it's up to the Ukrainians to decide when and how they want to negotiate. Ultimately, Ukraine will want to do that from a position of strength and momentum is with Ukraine. I can't see why Ukraine would stop that."

Moscow's withdrawal from the city just six weeks after illegally annexing the Kherson region marks a major setback for the Kremlin.

Russian withdrawal from Kherson to take at least a week

The exit was formally announced on November 9, but British defence intelligence analysts believe it is likely it started as early as October 22.

He told the BBC's Sunday with Laura Kuenssberg: "Russia wanted to weaken NATO and NATO's even stronger. Then if you come down to the tactical fight, we're seeing continued success by Ukraine."

The UK's job is to support Ukraine politically, diplomatically and militarily, he added.