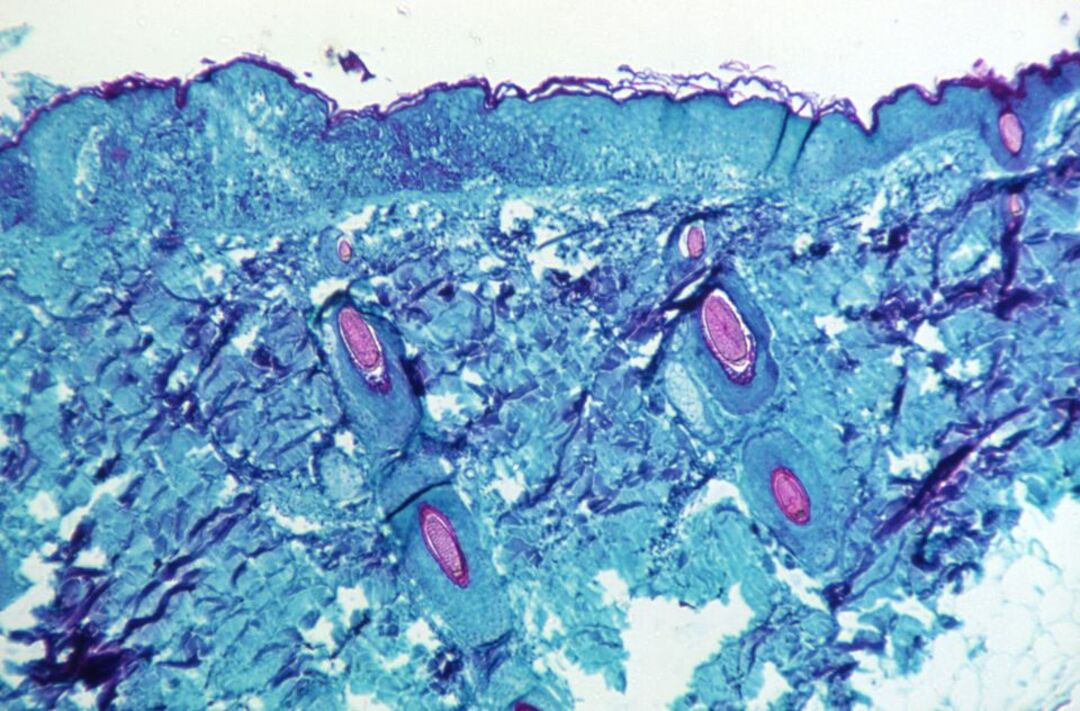 A section of skin tissue, harvested from a lesion on the skin of a monkey, that had been infected with monkeypox virus, is seen at 50X magnification on day four of rash development in 1968. CDC/Handout via REUTERS

A small number of monkeypox cases in Britain has urged authorities to offer a smallpox vaccine to some healthcare workers and others who may have been exposed, as a handful more cases were confirmed in parts of Europe, the CTVnews reported, citing Reuters.

In the United Kingdom, nine cases of the West African strain have been reported so far.

A U.K. Health Security Agency (UKHSA) spokesperson said, there isn't a specific vaccine for monkeypox, but a smallpox vaccine does offer some protection.

According to the World Health Organization, data shows that vaccines that were used to eradicate smallpox are up to 85% effective against monkeypox.

"Those who have required the vaccine have been offered it," the UKHSA spokesperson added, without disclosing specifics on how many people have been vaccinated so far.

Monkeypox is a usually mild viral illness, characterized by symptoms of fever as well as a distinctive bumpy rash.

There are two main strains: the Congo strain, which is more severe – with up to 10% mortality – and the West African strain, which has a fatality rate of about 1%.

Monkeypox cases detected in Spain, Portugal and US

First identified in monkeys, the viral disease typically spreads through close contact and largely occurs in west and central Africa. It has rarely spread elsewhere, so this fresh spate of cases outside the continent has triggered concern.

Far-Right in Germany, growing dangers, the 'Third Path group' US sanctions Lebanese businessman and his companies due to Hezbollah links