Brexit in limbo as UK PM pushes for election 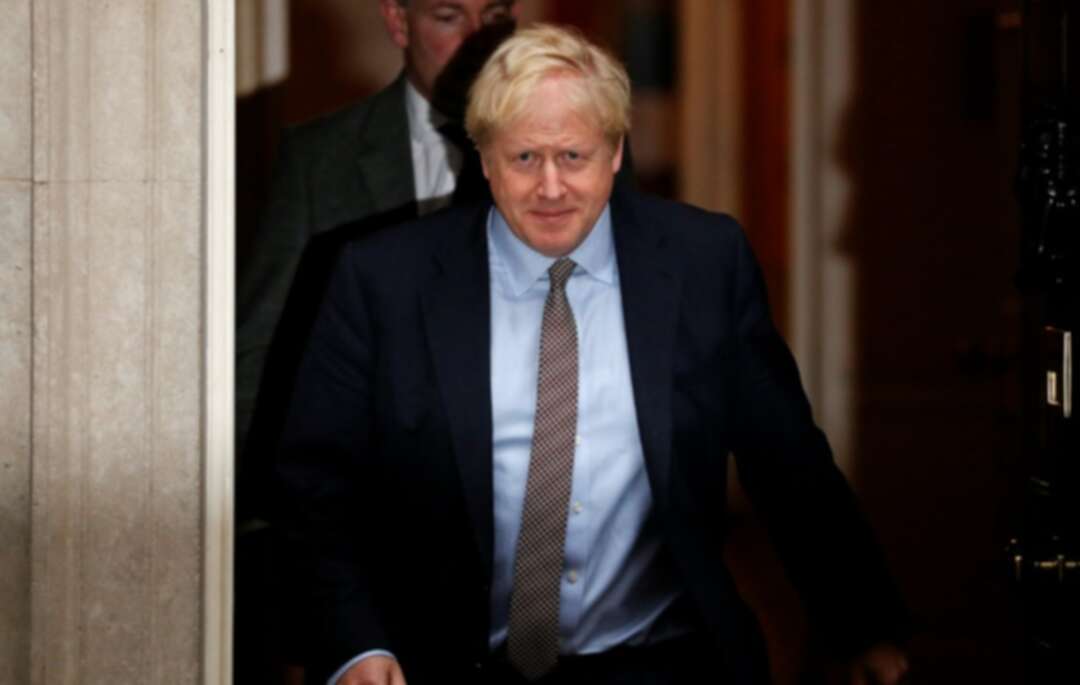 British Prime Minister Boris Johnson on Friday told opposition leader Jeremy Corbyn to "man up" and accept a snap election as EU members delayed a decision on how long to postpone next week's Brexit deadline.

Senior diplomats told AFP they would decide by late Monday or early Tuesday next week, shortly before Britain is currently scheduled to break away from the bloc on Thursday.

At home, Johnson wants to call an election for December 12 that he hopes will give him a majority to pass the divorce deal he struck with EU leaders last week.

But his government is struggling to secure the two-thirds majority it needs in a parliamentary vote, scheduled for Monday, to force the election.

The stand-off extends the uncertainty that has dragged on ever since the 2016 referendum in which Britain voted by 52 percent in favour of leaving the European Union.

Corbyn has said his Labour Party will withhold support until a no-deal Brexit is definitively taken off the table, which would require a major reworking of the deal Johnson struck with the EU.

"Time for Corbyn (to) man up. Let's have an election on December 12," Johnson told television stations.

"What I'm saying to Jeremy Corbyn and the Labour Party is that they have the opportunity now to get this thing done."

Senior European diplomats who attended a meeting on Friday in Brussels confirmed member states had agreed in principle that some kind of delay was in order.

They agreed that their capitals could decide on its length by written procedure, rather than by holding a leaders' crisis summit in Brussels next week.

But, with France pushing for a shorter delay to keep the pressure on Westminster, and Germany and Ireland backing a three-month pause until January 31, the decision is not done.

"Depending on how things evolve in the UK, we've given ourselves until the start of next week," a senior diplomat said.

"It's clear that if a decision is taken in the UK on whether or not to hold an election -- the date of the election will weigh on the consultations," he said.

In Paris late Friday, the presidency insisted France's position remained unchanged -- "that there has to be a good reason to extend the deadline, that it could not be automatic and that discussions were continuing."

The uncertainty weighed on the British pound, which dropped against the dollar and euro on Friday.

In the meantime, Johnson has put on pause his efforts to ratify the withdrawal agreement -- after MPs rejected a bid to speed it through in just three days -- leaving Brexit in limbo.

Johnson's Conservative cabinet colleagues, however, backed him on his demands to press on with plans for a vote regardless.

When the EU ambassadors last met on Wednesday, Germany and Ireland backed postponing Britain's departure until January 31, France sought a shorter delay and others were on the fence.

Johnson's government, meanwhile, has scrapped plans to present its new budget next month, with Javid arguing that it had been planned with the October 31 departure date in mind.

His finance ministry accepted the government was set to fail in its plan to leave by the deadline, announcing it had also "paused" production of the new Brexit 50 pence coins bearing the October 31 date.

"We have paused production of the Brexit coin and will take a final decision in due course," a ministry source told the Daily Telegraph.