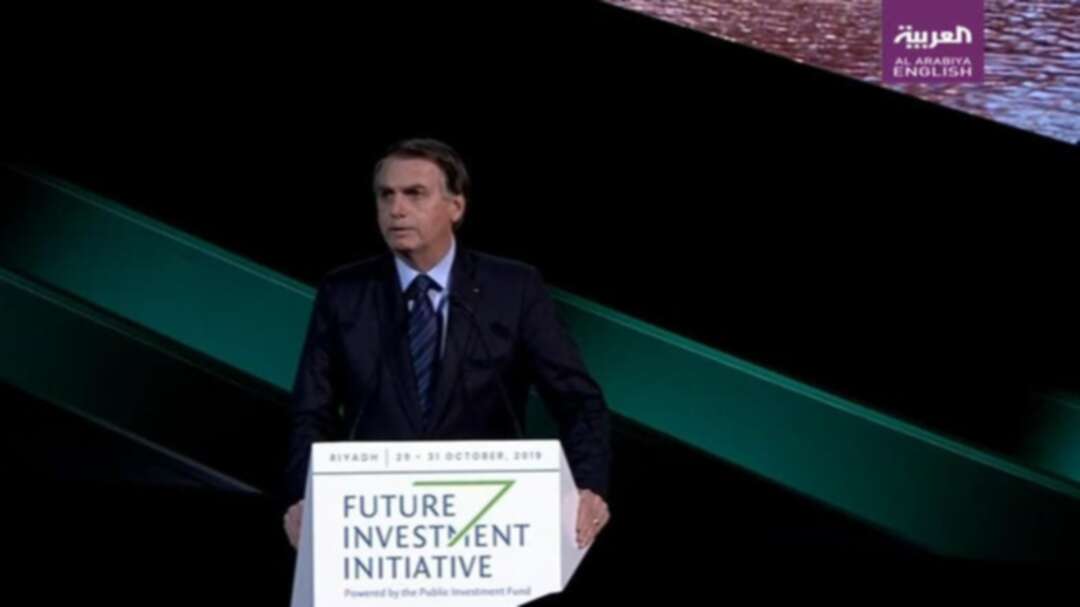 He said that his country is moving forward, and praised the progress under his presidency, including reforms in the judiciary and executive.

Investing in Brazil has "legal certainty that your contracts will be honoured," said Bolsonaro, addressing potential investors.

"No other country in the world has as much as we have to offer in terms of business opportunities," he said, adding that it has, "one of the world’s best arable lands, which can ensure you food security, which is essential."

The president discussed these challenges in his speech. He said that economic liberalization, deregulation, tax reform, and open trade policies would be the solution to reversing Brazil’s financial deterioration.

Brazil's president spent most of the speech praising his country as an investment destination and pitching to investors who attended FII.

Bolsonaro also said that graphene will be key in the world economy.

Bolsonaro also added that Brazil was a connected nation, pointing to more than five million Brazilians of Arab descent in Sao Paulo state alone. Bolsonaro commented that he thinks there is a strong level of personal friendship between him and Saudi Arabia's Crown Prince Mohammed bin Salman.

His address was moderated by the Chair of the Executive Committee of Olayan Financing Company, Lubna Olayan.

US wraps up Pakistani visit, Afghans set demands for talks US ambassador to Ankara summoned to Turkish Foreign Ministry: Report