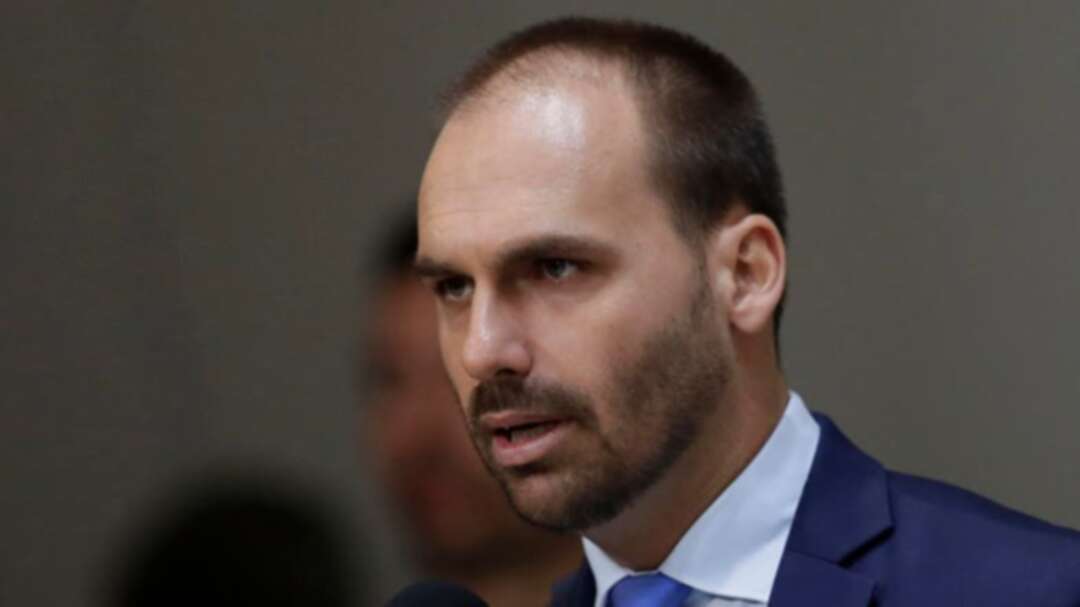 Brazilian Deputy Eduardo Bolsonaro, speaks during the opening of the International Seminar Challenges to National Defense and the role of the Armed Forces. (AP)

The move by Brazil follows Argentina’s decision to designate Hezbollah a terrorist organization in July 2019, following in the footsteps of the United States, the Arab League, the European Union, Canada, the United Kingdom, and several other countries.

“Inside the government, we are debating about the ways to stop terrorist groups from coming to Brazil. Argentina recognized

Hezbollah has a number of active cells in South America, including several in Venezuela.

The group also has close ties to President Nicolas Maduro, the Venezuelan opposition ambassador to the UK revealed in an exclusive interview with Al Arabiya English in 2019.

Venezuela’s relationship with Hezbollah and its backer Iran “comes straight from the top,” according to Vanessa Neumann.

In the western region of Venezuela, the group has for decades led a drug trafficking organization, Neumann added.

Watch: Clinic in Iran torched, believed to be coronavirus quarantine US postpones ASEAN summit amid coronavirus fears: US official