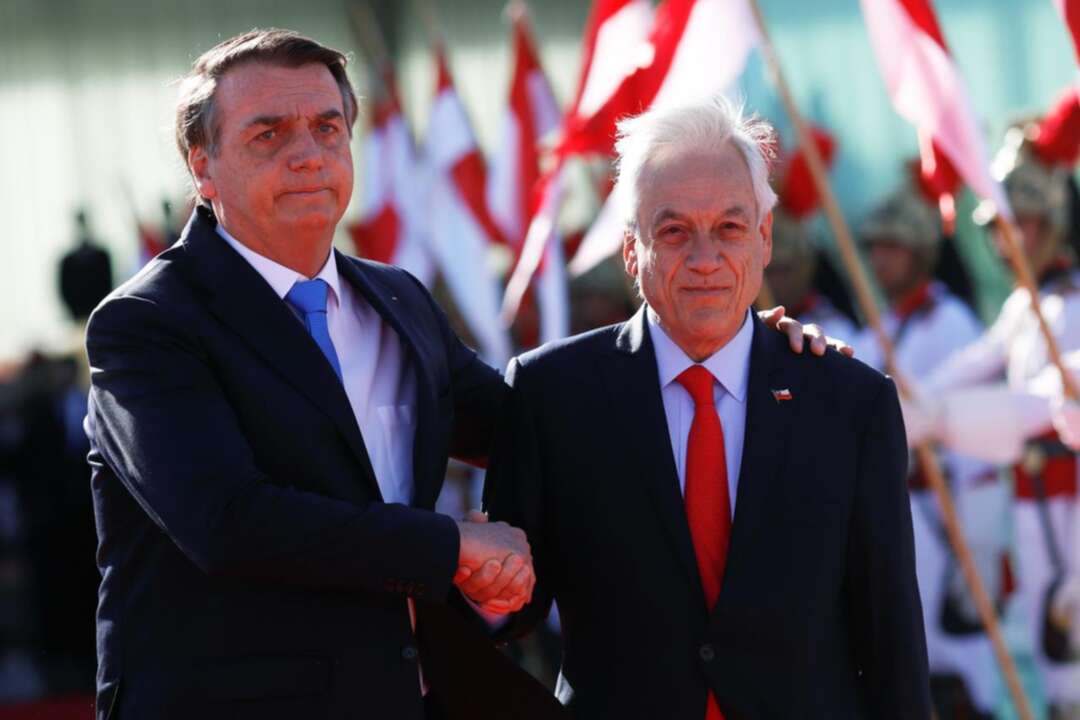 Brazilian President Jair Bolsonaro said on Wednesday that South American countries would meet to determine a common policy in defence of the Amazon rainforest, and took another swipe at France for an offer of $20 million in aid.

In an indication that Bolsonaro, a far-right conservative, is forging closer ties with neighbouring countries than European nations, he also accepted Chile’s offer of four aircraft to help fight the fires sweeping through the world’s largest rainforest.

Speaking to journalists after a meeting with Chilean President Sebastian Pinera in Brasilia, Bolsonaro said a meeting with regional neighbours except Venezuela to discuss a common policy in defence of the Amazon will be held on Sept. 6 in the Colombian city of Leticia.

In a statement released by Chile, the two leaders said environmental challenges must be met while respecting “national sovereignty,” and that each country should have control over the “rational and sustainable use of their natural resources, in line with their environmental obligations and needs of their citizens, including indigenous peoples.”

It also highlighted as “valuable and important” the use of bilateral cooperation and international financial support to deal with the crisis.

Pinera, who has a close relationship with Bolsonaro, is an increasingly important figure in the environmental crisis triggered by the Amazon fires, and visited Brasilia on his return from a G7 summit in France where he attended as the rotating representative for Latin America.

Chile will also hold the COP25 climate summit in December, having taken it over from the original host - Brazil - after Bolsonaro was elected.

Bolsonaro waded back into a spat with France, saying Brazil’s sovereignty had “no price, not even $20 trillion,” a reference to an offer of $20 million aid announced by French President Emmanuel Macron at the Group of Seven wealthy nations summit over the weekend. Bolsonaro dismissed the offer as an insulting attempt to “buy” Brazil’s sovereignty.

Macron has accused Bolsonaro, a longtime sceptic of environmental concerns, of lying about climate change.

“Only after it (the French government) has recanted what it said about my person, which represents Brazil, ... can we talk again,” Bolsonaro said.

Meanwhile, Brazil’s Environment Minister Ricardo Salles, who shares Bolsonaro’s scepticism of environmental concerns and has been at the forefront of the government’s response to the Amazon crisis, remained in the Armed Forces Hospital in Brasilia on Wednesday.

Salles, 44, was admitted to the hospital’s emergency unit on Tuesday after complaining of not feeling well, the hospital said in a statement. Hospital staff opted to carry out “routine examinations,” and he is in stable condition, it said.

EU's softer tone a ploy to sidestep blame in case of a no-deal Brexit U.S. will not release Middle East peace plan before Israeli election