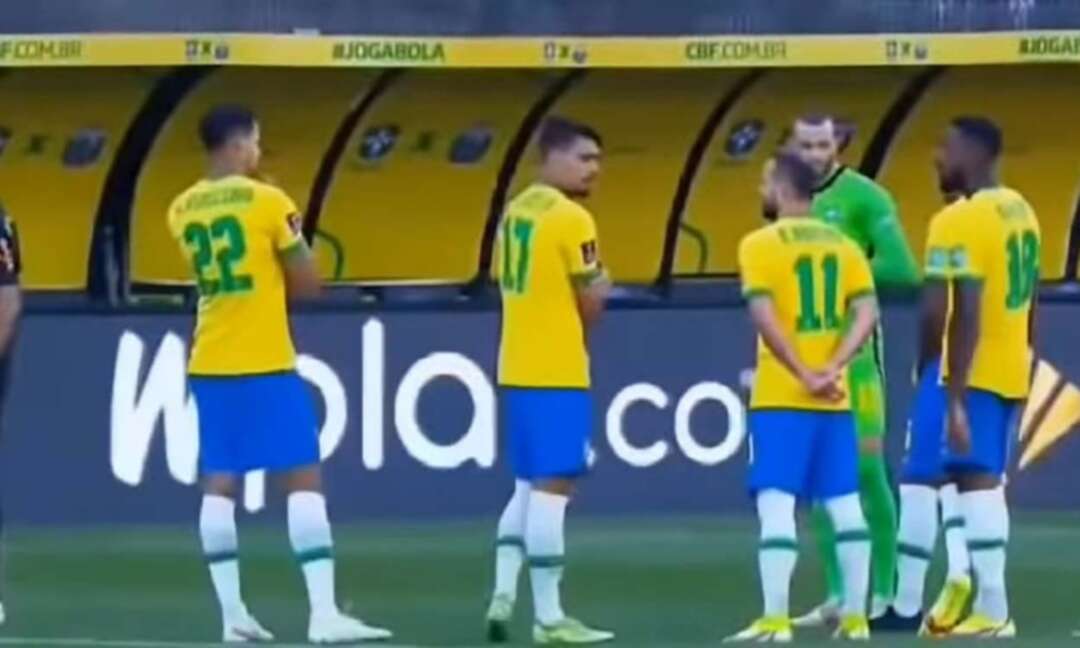 The GB news reported, the World Cup qualifier between Brazil and Argentina in Sao Paulo was called off amid extraordinary scenes as officials stormed on to the pitch over an alleged coronavirus breach by the visitors’ England-based players.

According to the GB news,the Argentina team responded to the entrance of officials believed to be from Brazil’s health authority and the police by walking off the pitch and down the tunnel.

The GB news said according to ANVISA, the Brazilian Health Surveillance Agency, Argentina’s four Premier League players – Tottenham’s Cristian Romero and Giovani Lo Celso and Aston Villa’s Emiliano Martinez and Emiliano Buendia – are alleged to have declared false information on official forms to the country’s authorities and in doing so broken quarantine rules.

The Spurs pair and Martinez started Sunday night’s match, which was halted shortly after kick-off. Buendia was not in the matchday 23.

An ANVISA statement said: “After a meeting with the health authorities, it was confirmed, after consulting the passports of the four players involved, that the athletes failed to comply with the rule for the entry of travellers on Brazilian soil.” 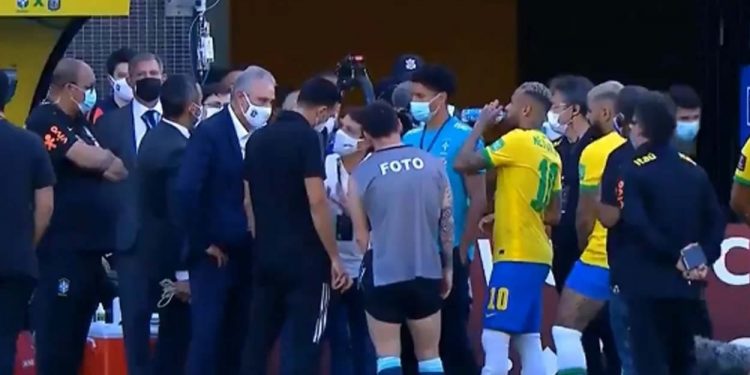 According to ANVISA, the players in question declared they had not passed through the UK in the last 14 days, which would have necessitated quarantining on arrival.

Its statement added: “ANVISA considers the situation a serious health risk, and therefore advised the local health authorities to determine the immediate quarantine of players, who are prevented from participating in any activity and must be prevented from remaining in Brazilian territory.”

South American Football Confederation CONMEBOL announced on Twitter that the match had been suspended on the decision of the referee and that the referee and match delegate would now provide a report for FIFA’s disciplinary committee, which would decide what action to take.


Argentina arrived in Brazil from Venezuela following their victory there on Friday and boss Lionel Scaloni said “at no time” were his squad told they could not play the match.

He added in quotes reported by the official Argentina Twitter account: “We wanted to play the match, the Brazilian footballers too.”

Argentinian Football Association president Claudio Tapia said: “You cannot talk about any lie here because there is health legislation under which all South American tournaments are played. The health authorities of each country approved a protocol that we have been complying with to the fullest.

“What happened today is unfortunate for football, it is a very bad image. Four people entered to interrupt the game to make a notification and CONMEBOL asked the players to go to the locker room.”

Brazilian and Argentinian media quoted him as saying: “We have been here for three days. Did you wait for the game to start? Why didn’t you warn us before?”

But ANVISA chief executive Antonio Barra Torres told Brazilian TV station Globo: “We reached this point because everything that ANVISA guided, from the first moment, was not fulfilled.


“They (the players) were instructed to remain isolated to await deportation. But it was not fulfilled. They moved to the stadium, entered the field, there is a sequence of non-compliances.”

The Argentina national team posted a picture to Twitter of squad members on a plane on Sunday captioned “We’re going home!”

The Argentine FA said it had “deep discomfort” surrounding the suspension of the match.

In a statement, it added: “Like the CBF, the AFA is surprised by the actions of ANVISA once the game started.

“It should be noted that the Albiceleste Delegation was in Brazilian territory since September 3 at 8am, complying with all current sanitary protocols regulated by CONMEBOL for the normal progression of the Qualifiers heading to Qatar 2022.”