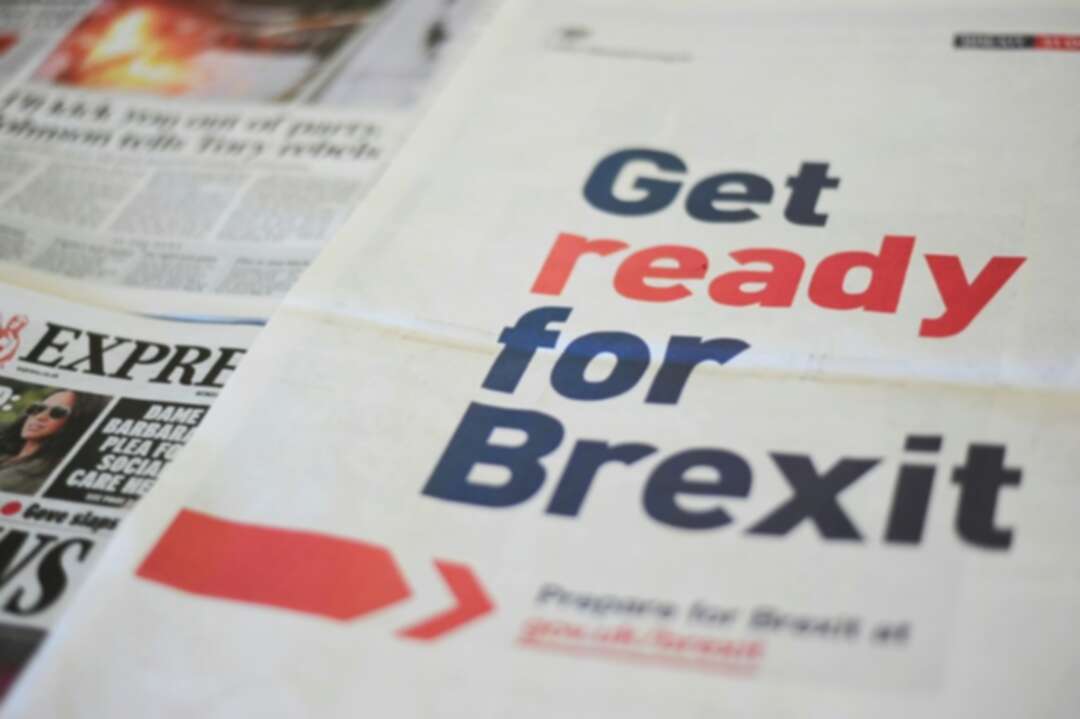 British companies are ramping up preparations ahead of Brexit, spearheaded by the food and drink sectors stockpiling extra ingredients and bottles.

"Get ready for Brexit" is the UK government's slogan ahead of the nation's scheduled departure from the European Union on October 31.

Billboards up and down the country are carrying the message as part of a state-funded advertising campaign that also features leaflets, online information and a roadshow where businesses can further seek advice.

"We are preparing for the potential impact of the UK's departure from the European Union by building stocks of key ingredients and equipment that could be affected by disruption to the flow of goods into the UK," bakery chain Greggs said this week, addressing customer concerns that they could struggle to get hold of its famed sausage rolls.

The government's own forecasts show Britain potentially running out of food and vital medicine -- and seeing riots on the streets in the event of a 'no-deal' Brexit.

The problems stem from decades of interdependence that saw goods and services to flow freely and without customs checks.

Businesses fear that even brief border inspections would plug up trade routes and grind their operations to a halt.

"The big problem is that there is still, unbelievably, such uncertainty," said Rosalind Sharpe from the Centre for Food Policy Research at City, University of London.

"Companies really don't know what will happen and in that situation they have to plan as best they can," said Sharpe, who has studied the impact of Brexit on Britain's food supply.

"Steps have been taken but it's beyond doubt that if we leave on October 31 without a deal there will be chaos at the ports, there will be shortages," she told AFP.

Bank of England governor Mark Carney last month acknowledged "improvements in preparedness" but still forecast a shortfall in British GDP of 5.5 percent in the event of no-deal.

The government's 'Get ready for Brexit' campaign includes advice on the exporting and importing of goods and services, as well as on the movement of goods between Ireland and Northern Ireland.

British Prime Minister Boris Johnson's fresh Brexit deal proposals this week are aimed at preserving a free-flowing border between British-run Northern Ireland and the Republic of Ireland in the European Union.

However, the European Parliament's Brexit steering group have said that the proposals do not "represent the basis for an agreement".

At UK-based Daniel Lambert Wines, bottles from around the globe are being stockpiled at a greater rate.

"Normally we would have a four-month (inventory). Now it is at about six months," owner Daniel Lambert told AFP.

"We're fully prepared but we are worried about a rise in costs," he said, adding that his import charges had already risen owing to a Brexit-fuelled slump in the pound.

And while Britain's economy stands close to recession on both Brexit uncertainty and a global economic slowdown, UK retail sales have won support in recent months from consumers stockpiling goods such as tinned foods ahead of the EU exit.